You have to see this Wave of Plastic Trash 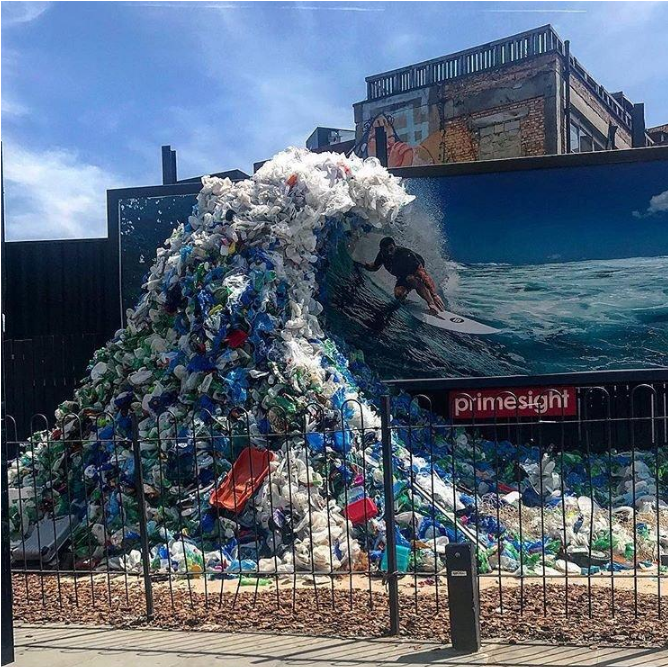 Corona built a display in Melbourne’s Federation Square with 1850kg of plastic, estimated to be the plastic pollution that enters Australian oceans every hour.  (https://finance.nine.com.au/2018/06/08/11/31/corona-oceans-plastic-the-beer-company-looking-to-solve-the-oceans-biggest-problem)

The billboard has a very important message – “This is living”.  Raising awareness about the neglected environment. In collaboration with Wieden + Kennedy, Vizeum UK, Posterscope and Corona, the billboard highlights the devastating impact of plastic waste in our oceans.

Raising awareness for World Oceans Day with a monster collected pile of plastic trash as part of the  brilliant Out of Home execution.  #stoptheplastic  The site was on Old Street, London.  We would love to see more photos.  Please send to Bill.Board@OOHToday.com

A New OOH Campaign from Office of Baby