When Your OOH Plans are Phygital 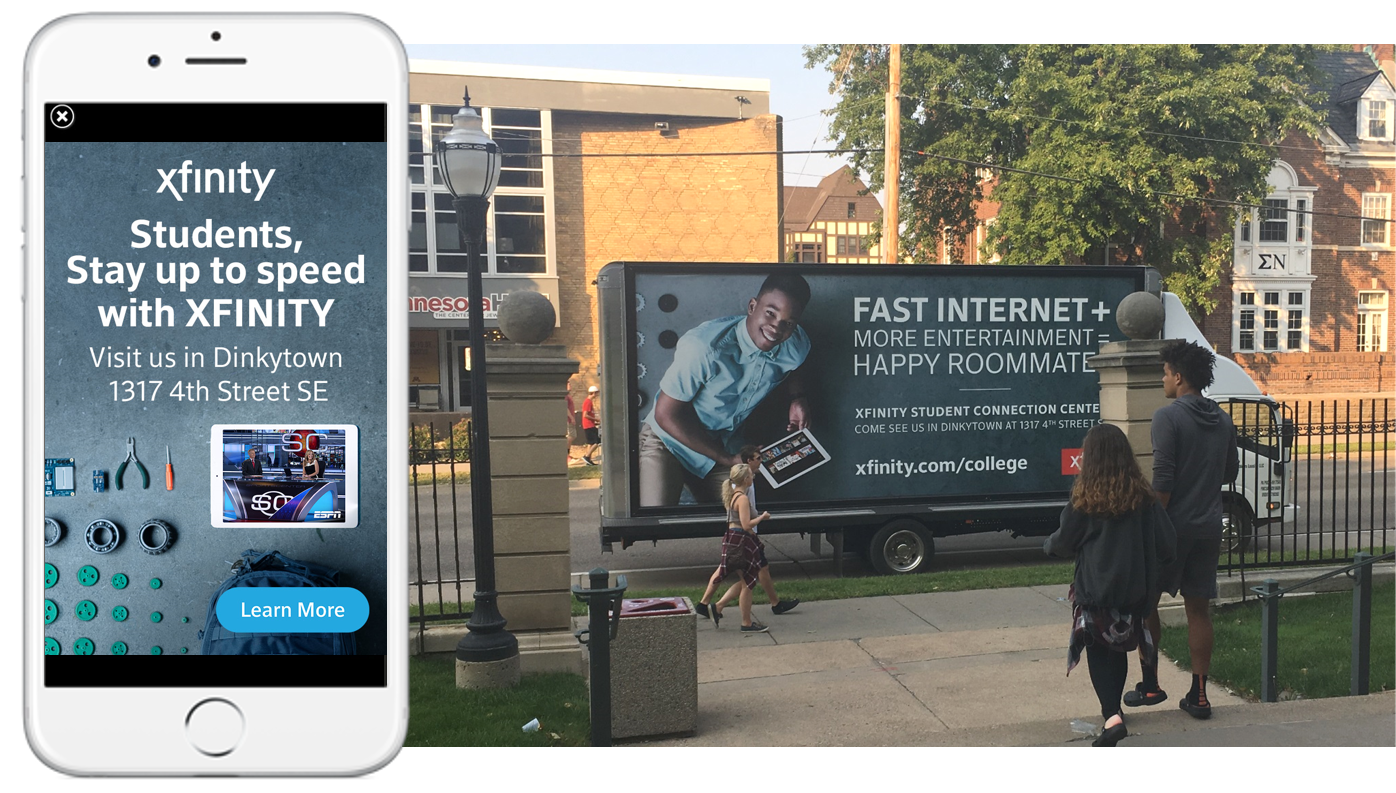 According to Google Rich Media Gallery, the average mobile display click-through-rate averages somewhere between 0.07 – 0.15%. At do it outdoors media, our clients’ integrated out-of-home (OOH) + mobile campaigns have an average 0.74% CTR*.

Do I have your attention?

Click-through-rates for your digital performance are exponentially higher when paired with an out-of-home campaign.

“The thing that’s really interesting about that dynamic when you talk about out-of-home and online mobile is that it’s a perfect complement,” said OAAA’s Stephen Freitas during a recent event in Dallas, TX, which brought together leaders in both OOH and digital, along with senior marketing professionals from leading brands.

Out-of-home media works at the top of the funnel to build brand awareness, whereas mobile advertising performs really well at the bottom of the funnel to convert sales. Together, they work more powerfully than apart. They amplify each other.

Out-of-home, while scalable, is very location-specific. When you focus on points of interest within a market and add audience filters to aim your digital messaging at a niche audience, you’re going to see better performance. Every dollar has to work hard, and we can optimize your investment in order to stretch the campaign dollars to have a more effective impact.

The cohesive nature of the local messaging in OOH and the tailored messaging in digital make sense. Someone sees the ad in two channels, and the frequency of your message begins to move a needle.

The cohesive nature of the local messaging in OOH and the tailored messaging in digital make sense. Someone sees the ad in two channels, and the frequency of your message begins to move a needle.

Let’s not downplay familiarity and resonance when it comes to influencing consumer behavior. 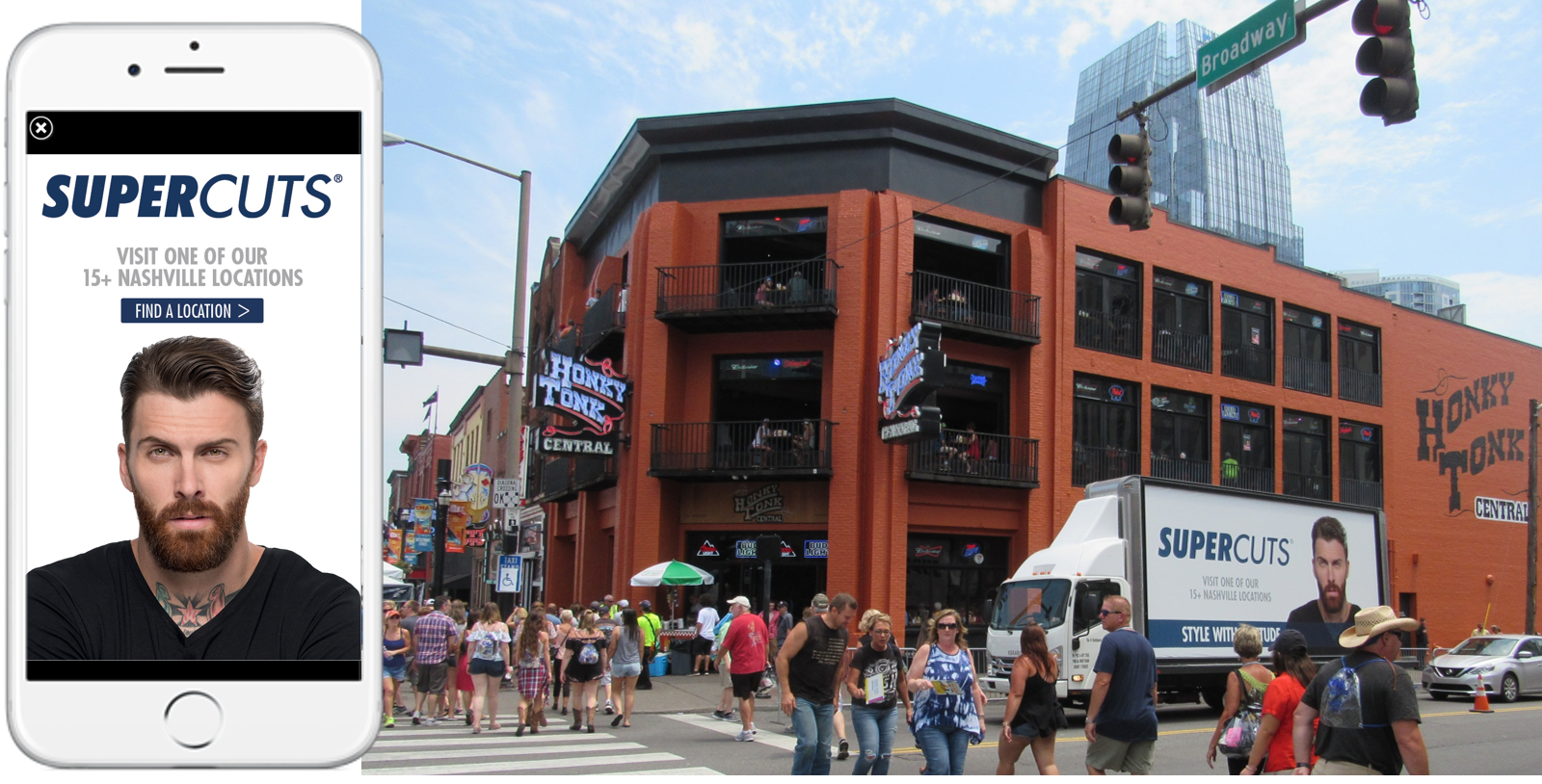 Beacon retargeting uses a beacon placed on/in the media format to collect nearby device IDs anonymously. These devices can later be served a display advertisement. This allows the advertiser to essentially retarget the OOH viewers on their mobile device the next time they’re checking a sports score or playing their favorite game.

Leveraging the open exchange allows advertisers to reach the right people, regardless of what mobile site or app they’re using.

OOH media professionals are beginning to understand the power of geofencing in terms of delivering greater reach and added metrics to their plans. Yet, there’s still a great divide between OOH and digital planning.

Each team has their own unique challenges. Agency-placed OOH media planners are feeling the pinch – there’s a lot to manage with lean teams. Everyone wants more for less, and the OOH budget is often tight as it is – leaving no room for additional media buys. Plus, OOH is often bought in its own silo, so planners and buyers aren’t as familiar with digital and may shy away from trying to incorporate it. Digital planners and buyers, often at separate agencies or in-house at the brand, may not fully understand the complexities of OOH planning when it’s not done programmatically. They may be working with larger budgets, but they are solely focused on the mobile aspect. They don’t realize that the OOH campaign is driving traffic to small screens – where their ads live. Not enough digital planners are considering how integration with other channels could actually improve their performance.

It’s important to bring everyone to the table during the strategy phase.

“Think about the strategy as a holistic human strategy that’s relate-able,” said Jaquie Hoyos of The Richards Group during the same Dallas event. “If I’m telling someone who’s specifically executing out-of-home and then someone who’s specifically executing digital, they’re still going to be able to relate to the overall strategy. They’re seeing how everything’s working together.”

She continued, “You first have to understand the consumer. We’re not just adding on more media. I think we now say, ‘Let’s be choiceful.’ Let’s be really clear on what we want to do, how we want to use it, and those are the integrations, I think, that are the most powerful.”

By consolidating leadership between both sides, you can streamline efforts and create synergy among the teams.

It’s everyone’s responsibility to understand, at least top-level, how the other channels can improve your performance in your own channel. They’re not just separate silos; they are part of the larger plan and when considered collectively can out-perform a single-focused strategy.

The digital reinforces the OOH message to give it a longer life and higher recall. And the physical ad provides more resonance for the digital ad, driving performance. You can start the brand story in OOH and continue it on a personal device. They go hand-in-hand.

If you knew you could get a 132% better score for your client, wouldn’t you want to?

When Sam’s Club promoted a grand opening location, they dominated a 10-mile radius of the new store address with a mobile billboard for five weeks (25 days). They also served display advertising within that same geofence, aimed at two key audiences: a non-member consumer and a business prospect. Their special offer generated a 1.07% click-through-rate to their mobile site.

Ulta Beauty took a similar approach in Philadelphia over the holidays, targeting four stores with a mobile billboard over a three-week period. In addition, beauty enthusiasts who were also in close proximity to their stores were served an online offer. The mobile display ad unit achieved a 0.84% click-through-rate.

‘Phygital’ is more than just a buzzword. We’re blending the physical with the digital in every part of our lives. It’s time that we, as media professionals, start to reap the benefits of a phygital media plan, too.

‘Phygital’ is more than just a buzzword. We’re blending the physical with the digital in every part of our lives 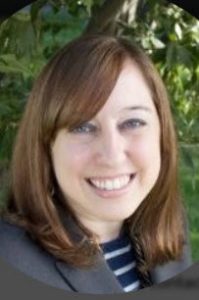 do it outdoors media is the largest national mobile billboard and field marketing company in the U.S. Today, they take an integrative approach by pairing their out-of-home media formats with mobile display advertising to power digital messaging directly along the path to purchase.

You Got Milk in your OOH Market?