Galaxy Z Flip4 and Galaxy Z Fold4 debuted on the Polish market. As part of the campaign promoting new members of the Galaxy family, Samsung has once again opted for the 3D Digital Out of Home format. Throughout the month of September, on large-format screens on the Marriott hotel building at Al. Jerozolimskie in Warsaw, you will be able to see a unique creation, starring the new Galaxy Z Flip4.

“Folds provide unprecedented freedom of action and self-expression. We assume that everything that surrounds us should bring joy and we clearly show it in our latest campaign. The premiere devices are beautiful and undeniably delightful. That is why they fit perfectly into non-standard formats such as 3D DOOH,” says Magdalena Sielachowicz-Nowakowska, Head of Marketing of the MX division at Samsung Electronics Polska.

The unique 3D Digital Out of Home creation promoting the latest Galaxy Z Flip4 and Galaxy Z Fold4 smartphones was created in cooperation with the creative agency VMLY &R, Screen Network, and Platige Image. It was produced with the use of large Screen Network screens located on the roof of the Marriott hotel in Warsaw. The campaign uses the anamorphic 3D effect, which gives the illusion of three-dimensional depth on a flat surface, thanks to which the key player of the spot – Galaxy Z Flip4 gives the impression that it even goes beyond the screen surface. 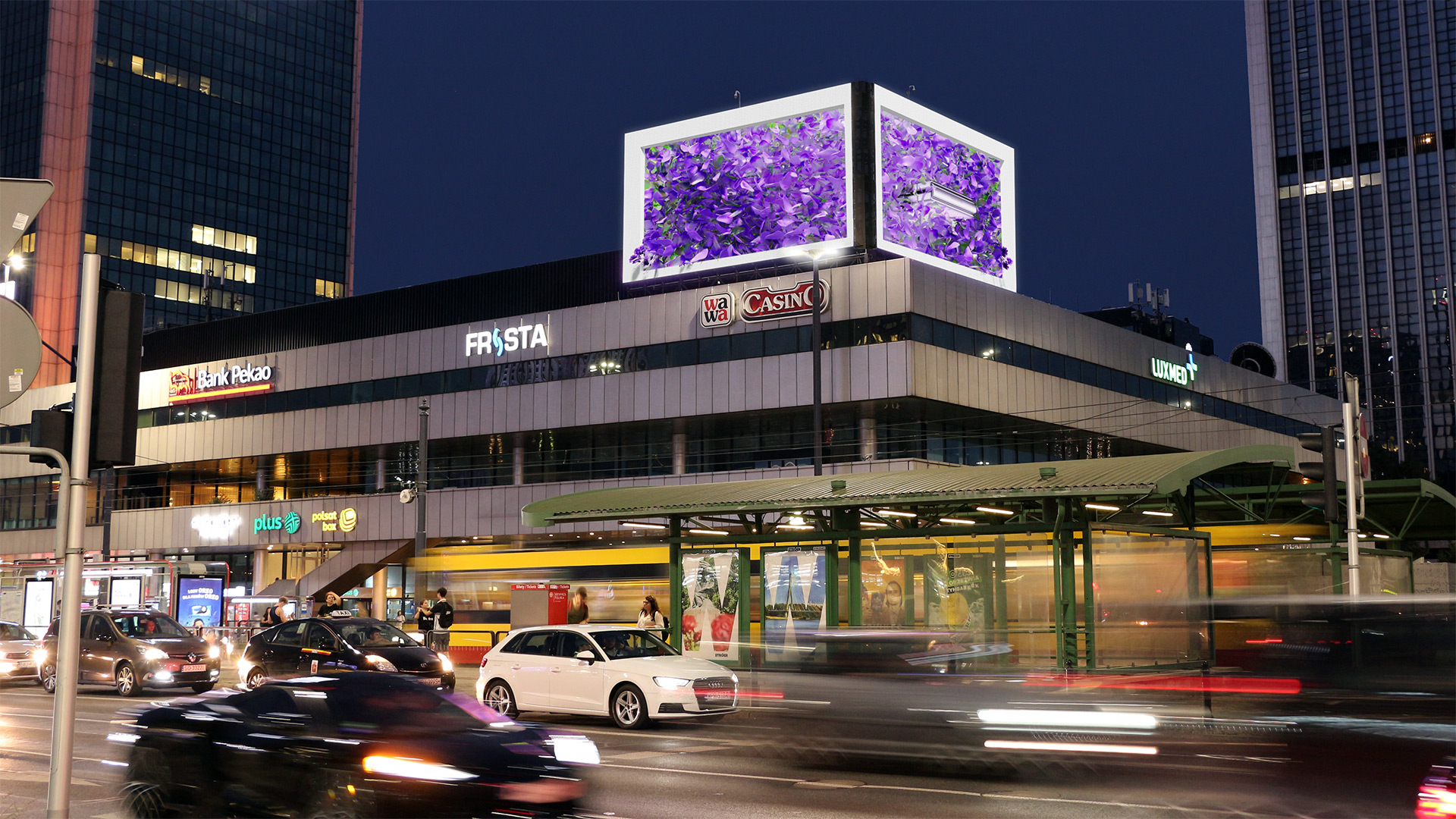 “This type of creation is extremely dynamic and engaging. The 3D DOOH format is the future of outdoor advertising because it changes the relationship with the recipient as it is impossible to go by without noticing it,” emphasizes Agnieszka Godlewska, President of the Management Board, Screen Network.

“This is the next installment of the 3D Digital Out of Home campaign, carried out together with our partners for the Samsung brand. Ads in a three-dimensional format are a novelty to the Polish market, which works very well in the promotion of innovative devices,” says Karol Żbikowski, CEO of Platige Image.

The latest Samsung 3D Digital Out of Home advertisement can be viewed until the end of September in Warsaw on the corner screens located on the roof of the Marriott hotel on Al. Jerozolimskie. 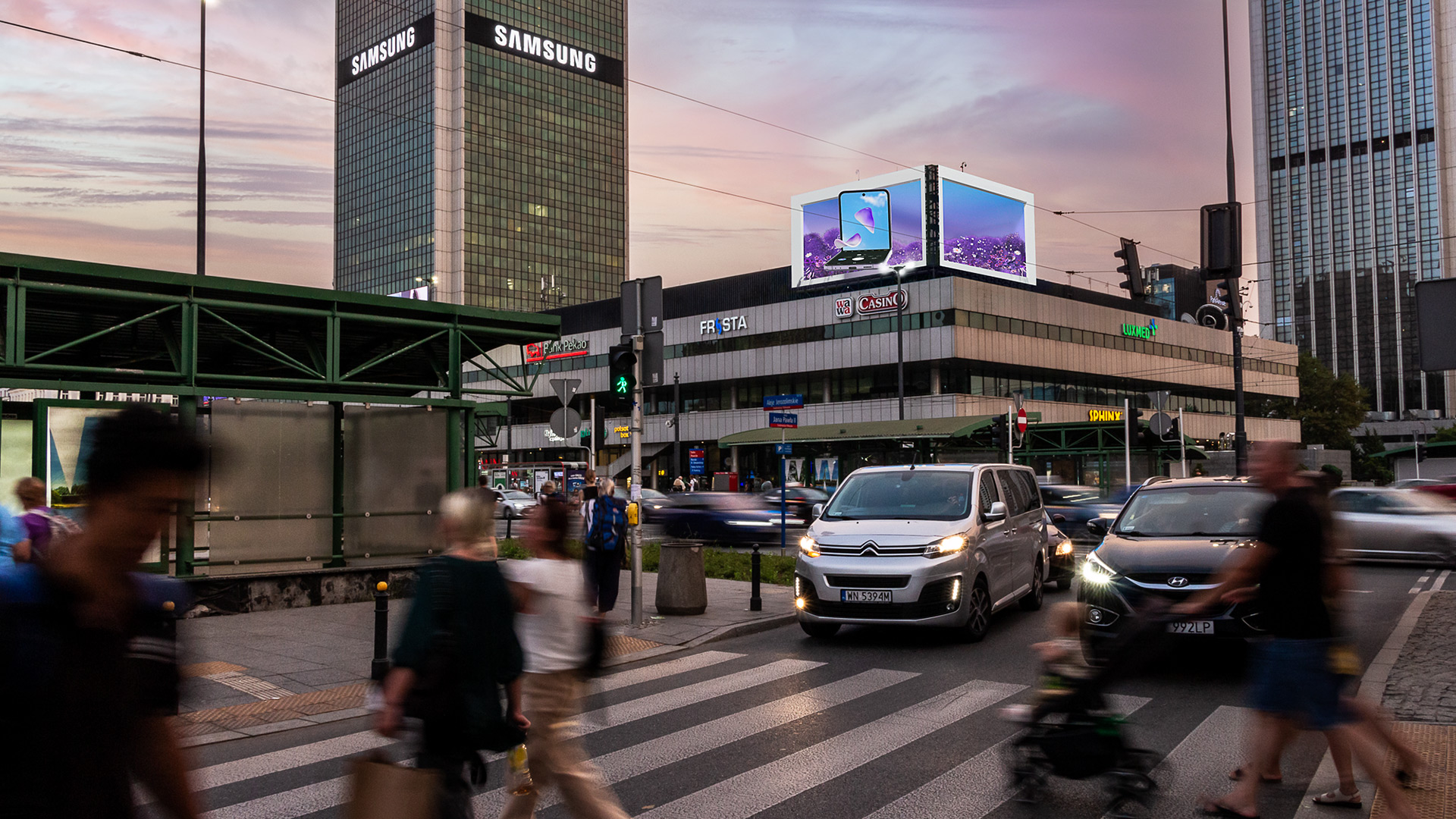 About Screen Network
Screen Network manages the largest network in Poland, with more than 20,000 screens – from big ones like this down to screens in shopping malls, gyms, railway stations, airports and gas stations throughout the country. The air quality campaign was done for social good, but also as a tangible way to show media planners and brands what’s possible with sensors, real-time data and auto-generated media.

Staying Between the Lines