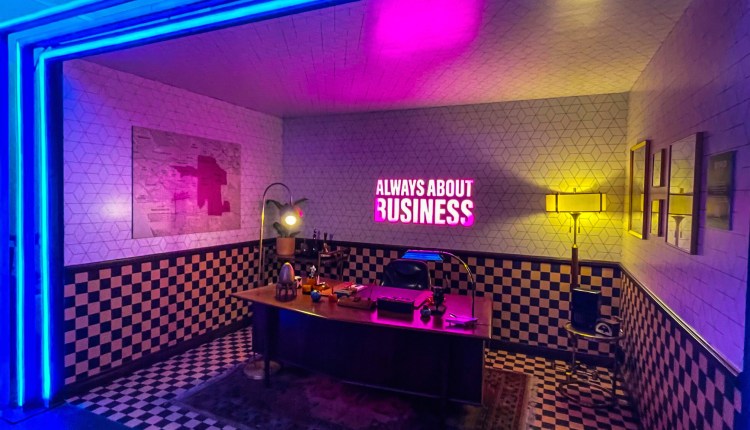 The free community pop-up was open to the public and over 1000 guests attended throughout the weekend.

Storefronts featured local, Black-owned, small businesses including Bricks & Wood, Post21, JéBlanc, and Queen LA, as well as artwork from DomoINK. Community organizations Vector90 and non-profit Destination Crenshaw were also present at the pop-up providing guests with information about their respective missions. FX also provided a donation to Destination Crenshaw in support of their mission to boost economic development, job creation and environmental healing of the South L.A. community while elevating Black art and culture.

After browsing the shops, fans refueled with grab-and-go food and beverages from Hank’s Mini Market, Harun, and Crenshaw Juice Co.

It’s the summer of 1986 in the fifth season of Snowfall. Franklin Saint (Damson Idris) and his entire family are rich beyond their wildest dreams, on the verge of having everything they’ve ever wanted…right as the ground begins to fall out from under their feet.

The sudden and tragic death of basketball star Len Bias makes the rock cocaine epidemic front-page news, the target of both Democrat and Republican lawmakers. Law enforcement is on a warpath and the militarization of the L.A.P.D. continues as police and politicians decide the only way to deal with this growing scourge is through force — and the creation of the new C.R.A.S.H. (Community Resources Against Street Hoodlums) units. The streets of South Central Los Angeles have never been so dangerous as the Saint family navigates the police, the warring gangs and the CIA.

Amidst all of this, the biggest threat the family faces are each other as they try not to let greed, resentment and ego tear them all apart.

The Top 22 Women Who Drive Growth in Out of Home