From High Tech to Highway

Programmatic: From High Tech to Highway

From Hightech to Highway 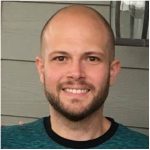 Programmatic is the future of out-of-home. We’ve been hearing that for what feels like forever, and the reality is we are inching closer to it every day. The ability to serve specific ads to specific people in big cities already exists. The proliferation of mobile data and digital #OOH assets makes it possible for even inexperienced media buyers to seek out audiences rather than locations. This progress all but guarantees programmatic out-of-home campaigns will eventually be commonplace in cities and suburbs. The question is, will programmatic buying ever reach rural #billboards?

According to the U.S. Census, over 60 million Americans live in rural areas. So, will the industry’s programmatic progress help advertisers reach the 20% of their audience that resides outside the cities and suburbs? The short answer is, “it’s not likely to happen in the foreseeable future.”

Programmatic isn’t hard to do in high-traffic urban areas with lots of available assets. Digital out-of-home increasingly provides real-time ad serving, instant addressability can be further obtained through the use of beacons, image recognition technology or aggregate data from groups like Geopath. It’s already possible to serve an ad to males 18-25 who drink soda, for example.

This becomes much more of a challenge with rural billboards. The main problem is the number of assets available. The truth is, it’s impossible to target specific groups of people with a small number of assets. Having only one billboard in a four-mile radius means that it is going to be the “best fit” for any audience in that area. Put another way, advertisers are going to pay for everyone to see that billboard, even if their intent was to target specific groups of people.

This shouldn’t be a new revelation to anyone. Rural billboards have always been used this way. They’re great for advertising businesses or restaurants in close proximity. They also have a long history of carrying social messages. Rural billboards will largely continue to stay the same, even with the advent of programmatic out-of-home buying. The real question the industry should seek to understand in the coming years is “how rural can you get before the effectiveness of programmatic begins to wane?” Understanding how far programmatic OOH can realistically extend into the suburbs, where over 50% of Americans reside, will be key to predicting how far the industry can expect to grow.

Regardless of how big the programmatic OOH pie really is (or isn’t), this constraint could prove extremely lucrative to one subset of the #DOOH industry — digital place-based networks. These screens can reach a much higher density in rural areas and suburbs than digital billboards, they often naturally isolate specific audiences based on where they are placed — think, screens in gyms and beauty salons — and they can even achieve 1-to-1 communication in point-of-sale environments, such as gas stations.

In the end, there is still plenty of growth ahead for programmatic OOH advertising. The mere fact that the industry has come far enough to take a realistic look at the details of its programmatic future is a true testament to the scope and pace of progress. Onward and upward!