Friends Just Want to Have Fun, Down Off Exit 21

Billboard as A Purpose of Life -Fast Fact Friday 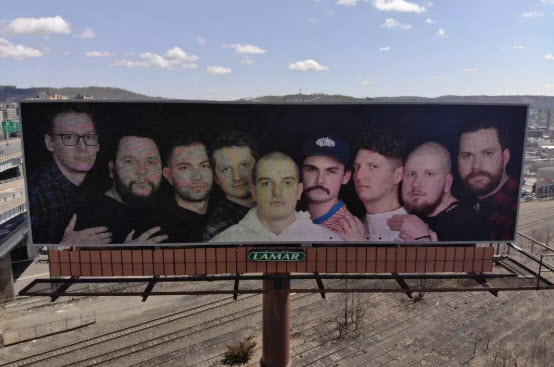 Billboard as A Purpose of Life

A group of friends from Connecticut recently staged a series of silly photographs at a local JCPenneys.  They decided to put one of the images up on a Lamar-owned billboard on the Mix Master in Waterbury. Here is the story from local news FOX61⇒ Waterbury men pay tribute to their friendship with a billboard

According to the story, Jared Andrews, one of the men in the photo, said, “We were trying to just bring humor and laughter to motorists. I mean, that stretch of highway could be awful.”

Maybe that was an ideal stretch of highway to place their mugs!  According to new data by Geopath, the printed bulletins on that stretch of roadway each deliver, on average, 300K impressions every week to people who agree that the purpose of life is to have as much fun as possible.

Andrews also said, “A lot of people were saying we were try-hards looking for attention…”  “You don’t want to look back on your life and say I wish I was on a billboard.”

Well – those units also deliver approximately 110K impressions each every week to people who say that they enjoy being the center of attention.  So maybe it takes one to know one?

If you want to know more and develop your own fast facts, contact geekout@geopath.org
A message from Geopath

Out of Home Moves