Everything in America Can be Turned into a Billboard. 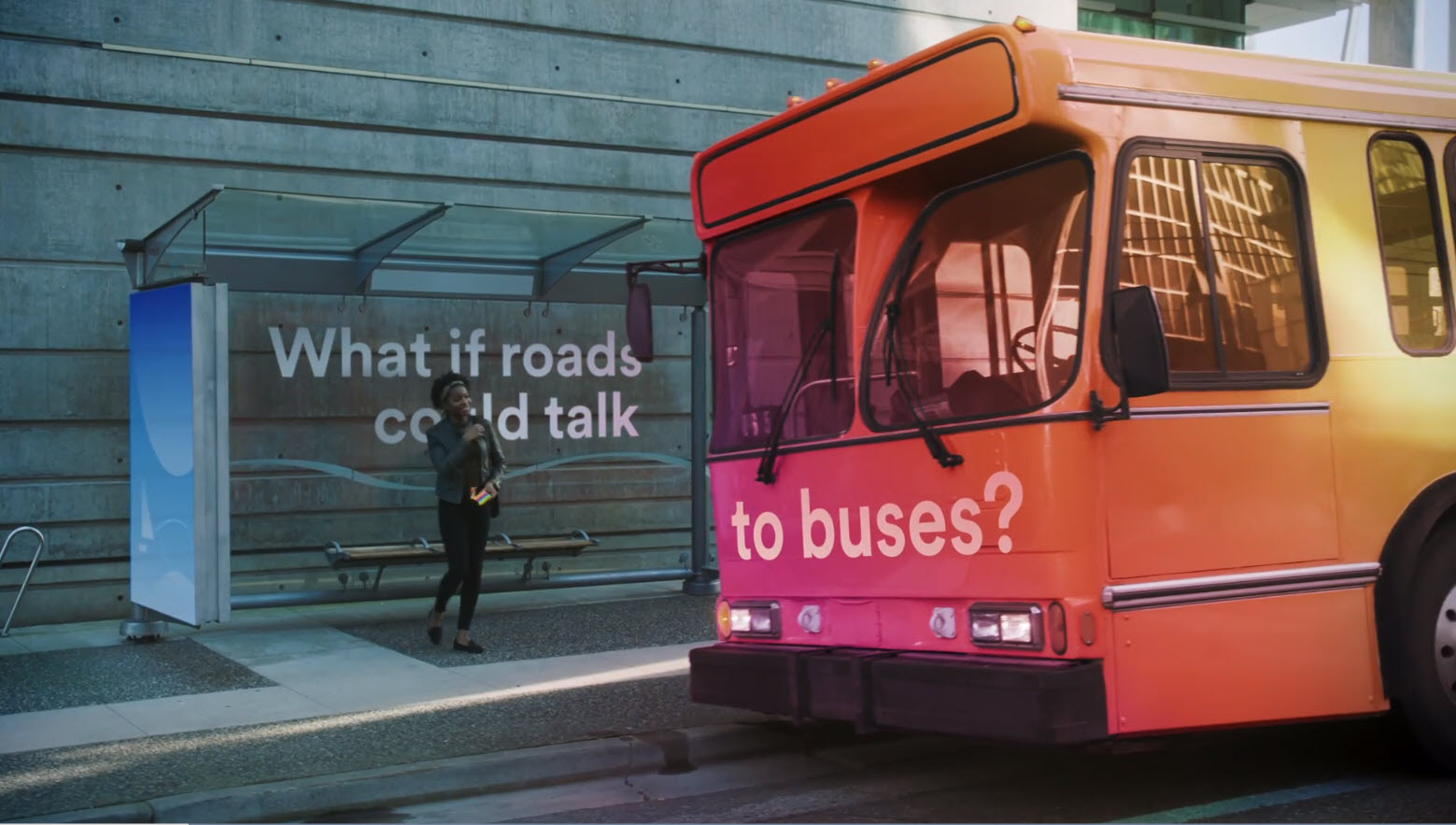 Everything in America can be Turned into a Billboard.

3M Company has upped the Outdoor Advertising game with one of their materials. They turned its Maplewood, Minnesota headquarters into a billboard.  A wrapped building wall with one of their ‘solar vinyl materials’ products using the same product it makes which wraps light-rail cars, for example, into rolling ads.  The story by Bob Collins for News Cut is below starting at “Buildings as Billboards”.

The installation is made up of nearly 500 individual pieces of film on each side of the building, which fit together like a mosaic

3M films for the building installation – Graphic Film, opaque for the windowless surfaces, and Perforated Window Graphic, perforated to cover the windows. The perforated film allows for 60 percent of light to transfer through the window into the space inside, while still reflecting color on the outside and providing viewability from the inside out. 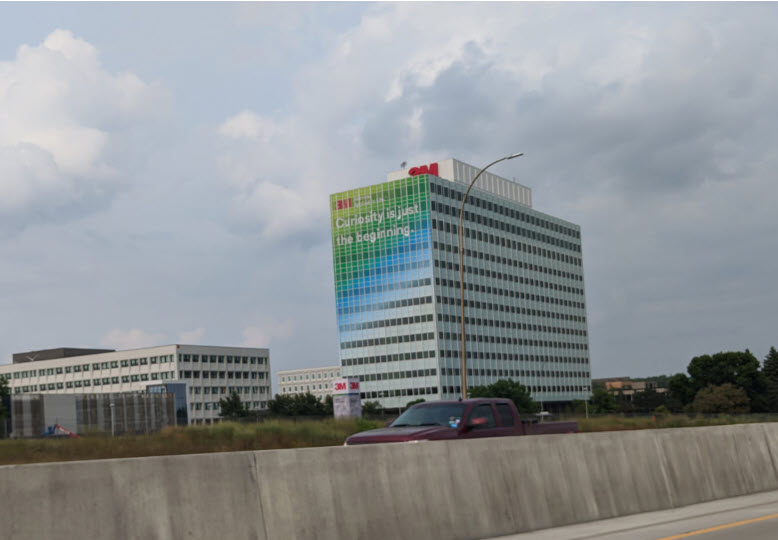 From News Cut, here is the full story by Bob Collins.

There isn’t anything in America anymore that can’t be turned into a billboard. Now 3M has upped the game, turning its Maplewood headquarters into a billboard, using the same product it makes that wraps light-rail cars, for example, into rolling ads.

Give 3M credit. The billboard, which proclaims “Curiosity is just the beginning!”, provides a little whimsy on one of the most architecturally dull buildings in Minnesota, which is always ironic because the company has always been about innovation. And the color will be a nice break during the next Minnesota snowstorm.

And it’s not an ad, the company’s press release says. It’s a campaign — the Wonder Campaign — “to inspire people to examine the world around them and see that curiosity can lead to great discoveries.”