engaging in a natural and noninvasive manner 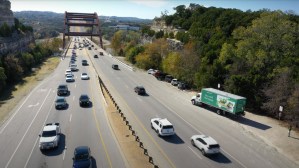 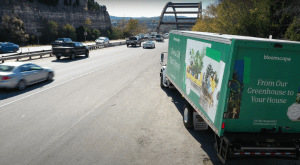 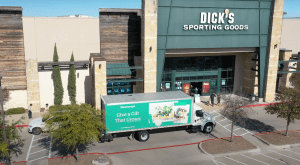 The best kind of marketing doesn’t feel like marketing at all. When a consumer stumbles upon a brand themselves, without being prodded or shouted at, they feel differently towards it. They become more trusting and open to finding out more.

Take Bloomscape, an online plant delivery service, that recently launched their holiday campaign in Austin, Texas using mobile billboards. Their objective was to reach consumers in a more authentic and targeted way, by combining outdoor awareness with online conversions. Bloomscape’s goal was to provide beautiful indoor plants that can bring a little joy and life into homes, especially at a time when it’s needed most.

So rather than engaging in marketing gimmicks, they turned to Movia, for a truck-side awareness campaign that didn’t rely as much on what was said, as on their presence itself. The mobile OOH ads acted as an extension of the brand – making the trucks feel like the company’s own delivery vehicles. When consumers saw them, part of what they took in was an indication of the brand’s success.  And when consumers feel that a company is booming, it affects their perception of the brand, which can ultimately lead to customer loyalty and satisfaction in the long run.

This is especially important in today, when consumers are being more particular than ever when it comes to making purchases from companies, especially those they have not yet established trust with. Trust and loyalty go hand in hand with 62% of consumers stating they are loyal to brands they can trust, according to a report by Brand Keys. A loyalty increase of 7% can boost lifetime profits per customer by as much as 85%.

As well, consumers prefer ads that are less intrusive, as they tend to feel more authentic. This is one of the main reasons why OOH is among the most trusted mediums. According to a survey conducted by Vistar Media in November, 88% of respondents showed stronger favorability towards the contextual environments where OOH advertisements are shown and 58% indicated that they’re very likely to believe the messaging on an OOH advertisement over other ad mediums.

Bloomscape’s campaign is just one example that highlights the benefits of OOH mobile advertising as part of an integrated media mix, by engaging consumers in a natural and noninvasive manner. And, as this plant company’s resulting success shows, by establishing the idea of a blooming business.