Feel This: What We Feel Every Day

TORONTO — TANK WW and Grey Canada unveiled a dramatic multimedia campaign to raise funds for Ukraine humanitarian and refugee efforts through Razom. The work is built on a quote

from Ukrainian President Zelensky’s address to the Canadian parliament: “Feel this: what we feel every day.”

“The quote inspired our team to show Canadians what it would look and feel like if we were under siege and our cities were being destroyed,” said Marty Martinez, Chief Creative Officer of TANK WW.

The pro bono integrated campaign includes out-of-home, social media, online and public relations in Canada and later the US. 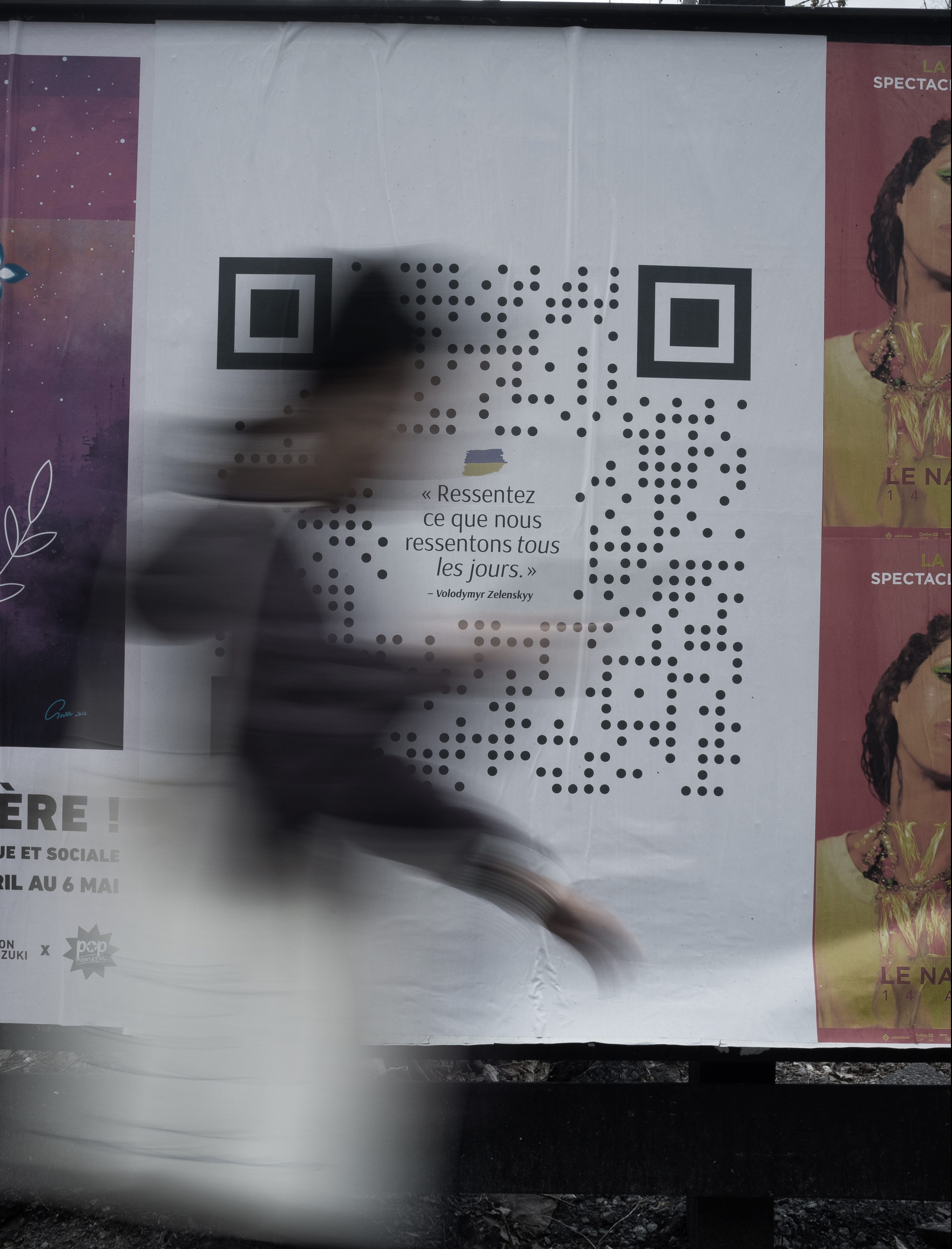 Images of iconic landmarks in Toronto and Montreal appear on https://feelwhatwefeel.com/. (publisher’s note— check out the major cities, like NYC Times Square—dramatic). Visitors can toggle between before and after views showing the war-torn cities in ruins, created using cutting-edge visual effects. Pedestrians can access a QR code to see the moving scenes on digital billboards at their transit stop.

“As an industry we have a voice and a public platform, and therefore also an obligation to craft powerfully effective messages for good, that can have direct impact on human lives. In this case, for the people of Ukraine. May we always feel, what they feel,” said Mark Mason, Executive Creative Director of Grey Canada.

A Who’s Who of Canada’s creative industry gave of their talent, time and resources to bring this effort to life in record time:

“When this war began and we saw the scale of the human disaster unfolding, we all rallied to the cause,” said Marc Lanouette, Global Chief Executive Officer at TANK WW. Every dollar we raise goes to Razom.”

All Canadians are being asked to donate and support the effort by engaging with the campaign and sharing the #FeelWhatWeFeelEveryDay hashtag on their social media to drive awareness and donations via the website.

“At the start of the russian invasion of Ukraine, Razom activated our emergency response fund to provide urgent help and support to Ukraine on the ground. Since then, we have been focused on delivering tactical medicine items, hospital supplies, and tech-enabled emergency response devices that facilitate the delivery of this aid. On average, we are sending 50 pallets of aid to Ukraine each week, totalling 400 pallets to date and have made 330 deliveries to Eastern Ukraine in the first 2 months of the war. However, as russia’s war rages on, we need to continue to amplify Ukrainian voices and continue to provide critical medical supplies,” said Theodora B. Chomiak, President of Razom for Ukraine. “We are grateful to Tank Worldwide and Grey Canada for standing with Ukraine and taking the initiative in creating the Feel What We Feel campaign, and we hope that it will help us further deliver on our mission of saving as many Ukrainian lives as possible.”

Billboards Puts Locals Up in Lights