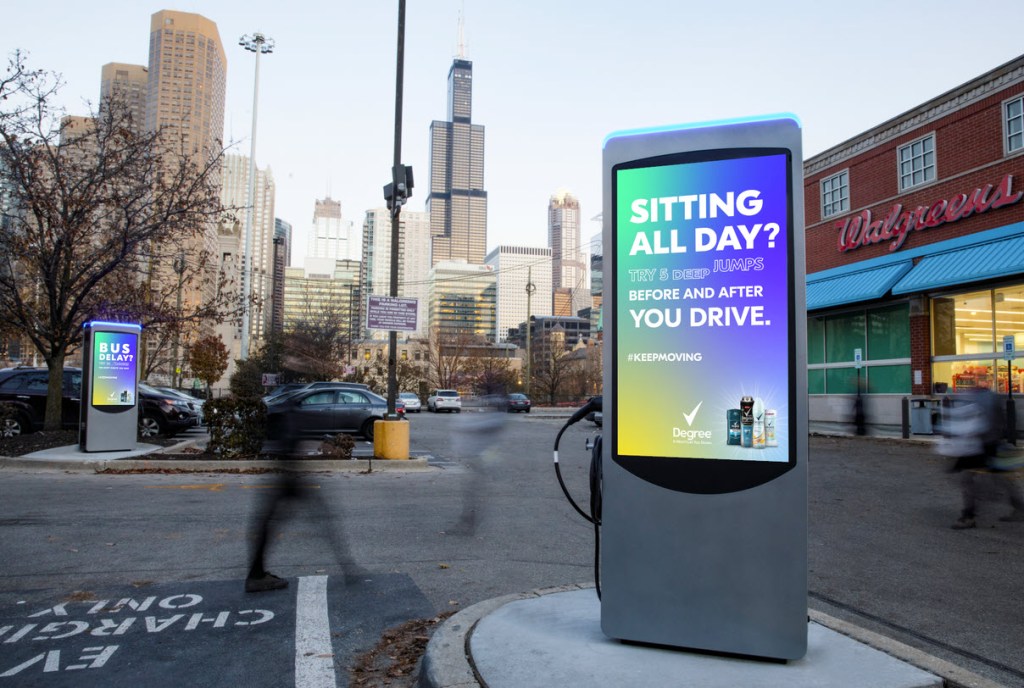 The digital ads are strategically placed nationwide around gas stations, grocery stores, and charging stations, disrupting mundane, everyday moments and turning them into fun, unexpected reminders to stay active and keep moving. With a Gallup poll reporting that 38% of Americans are getting less exercise than before the pandemic, Degree wanted to identify quick, creative ways for people to incorporate movement into their daily lives that don’t feel like an added task or stressor. The assets are available to view HERE (preview image below).

The out-of-home rollout supports Degree’s larger #KeepMoving campaign this year to inspire confidence in everyone to move more, including a partnership with NBA superstar Kevin Durant; more info on the KD campaign can be found below. 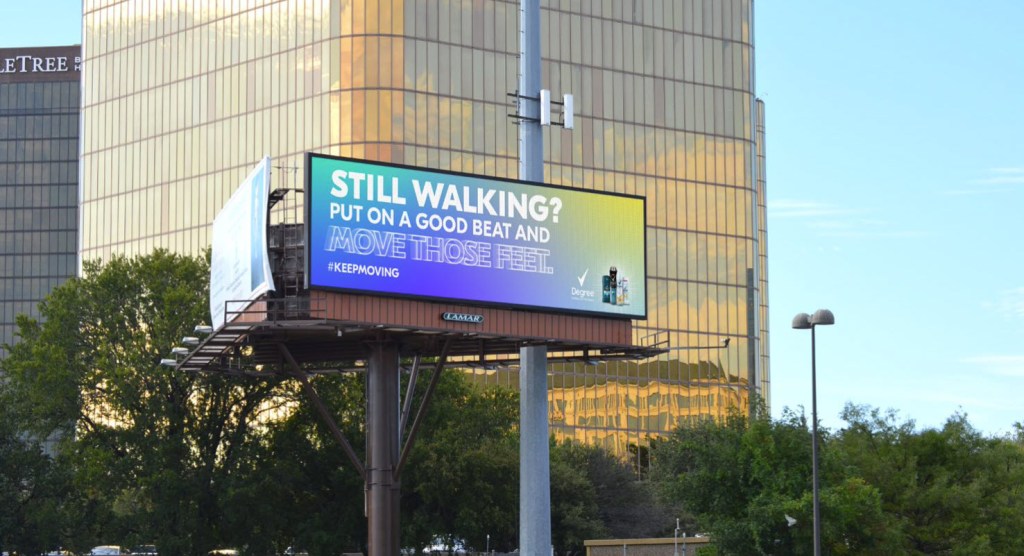 This is a national campaign, some cities include the following markets:

OOH TODAY believes all voices, not just the loudest, must be heard 4857 posts 616 comments