CUTTING TRENDS – AN OPPORTUNITY FOR OOH

OOH needs to talk of the outdoor advertising features and benefits. ‘All day’, as a close friend OOH 30 year veteran would remind me. We also need to be on top of and know the weaknesses and strengths of other media to maximize our own benefits to make them relevant to advertisers.  Take the time to read this brief piece from our Outdoor Advertising measurement leader, Geopath and Kym Frank. 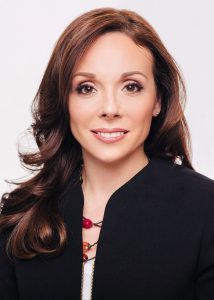 As the COVID-19 crisis approached, Americans prepared for lockdown in various ways. We stocked our freezers. We bought all of the yeast, Lysol, bleach, and toilet paper across the country. We (hopefully) cleaned out the refrigerators at our offices. Many of us also subscribed to Netflix. There’s nothing like a little Tiger King to ease coronanxiety.

“Cord-cutting” – the act of unsubscribing from traditional cable or satellite television – was already growing across the country prior to the pandemic as people turned to lower-cost subscription streaming services.

In Q1 2020, cable and satellite providers suffered the largest decrease in subscribers to date, falling to 63% penetration nationally. More than 2 million subscribers cut the cord versus 1 million in Q1 2019.

The COVID-19 crisis accelerated that trend.

A survey conducted by The Trade Desk in April found that 60% of cable subscribers claimed that the primary reason for subscribing is to watch live sports. Now that most live sports are on hiatus, unemployment is on the rise, and consumers are watching their budgets, the future of cable and satellite is in jeopardy like never before.

In fact, according to the Business Insider Intelligence Coronavirus Consumer Survey, 9.2% of respondents said they already canceled or are going to cancel their pay-TV subscription services due to the COVID-19 crisis.

For the first time ever, Americans are spending more than an hour a day watching subscription over-the-top television. The average time spent watching Netflix alone is over 30 minutes a day.

Television was already a fragmented “mass medium,” but the growth of cord-cutting means that television ads are reaching fewer and fewer eyeballs – especially among coveted demographics. According to MRI-Simmons, 18-34 year-olds are twice as likely as those 65+ to have cut the cord.

This is an excellent opportunity for brands advertising on television to amplify their message with OOH. MRI-Simmons data show that 18-34 year-old cord-cutters are 32% more likely to notice out-of-home advertising than the general population.

As the country reboots and returns to getting out and about, it is a great time to reset media spend. Strategically shifting budget to OOH can amplify reach and ensure that brands are getting their messages to all of their target audience – whether they have cut the cord or not.