CORD CUTTING – AN OPPORTUNITY FOR OOH 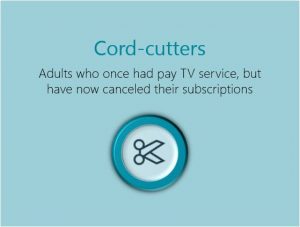 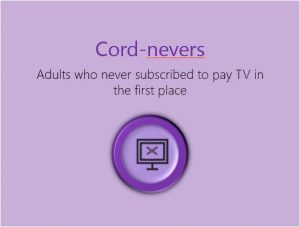 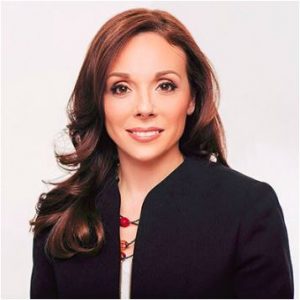 with – a “Cord Never.” Or maybe you have already done one of these yourself.

The popularity of subscription services like Netflix and Amazon Prime, the rise of
smart TVs, and the ability to stream just about everything online – combined with
increasing costs for cable and satellite created a bit of a perfect storm. As
monthly cable/satellite subscription fees have increased over the years, a growing
number of consumers are questioning the value proposition.
The statistical evidence is overwhelming.
According to eMarketer, in 2017, 22% of US households either cut the cord or
reported to have never subscribed to pay TV. That number is projected to
exceed 30% by 2021. 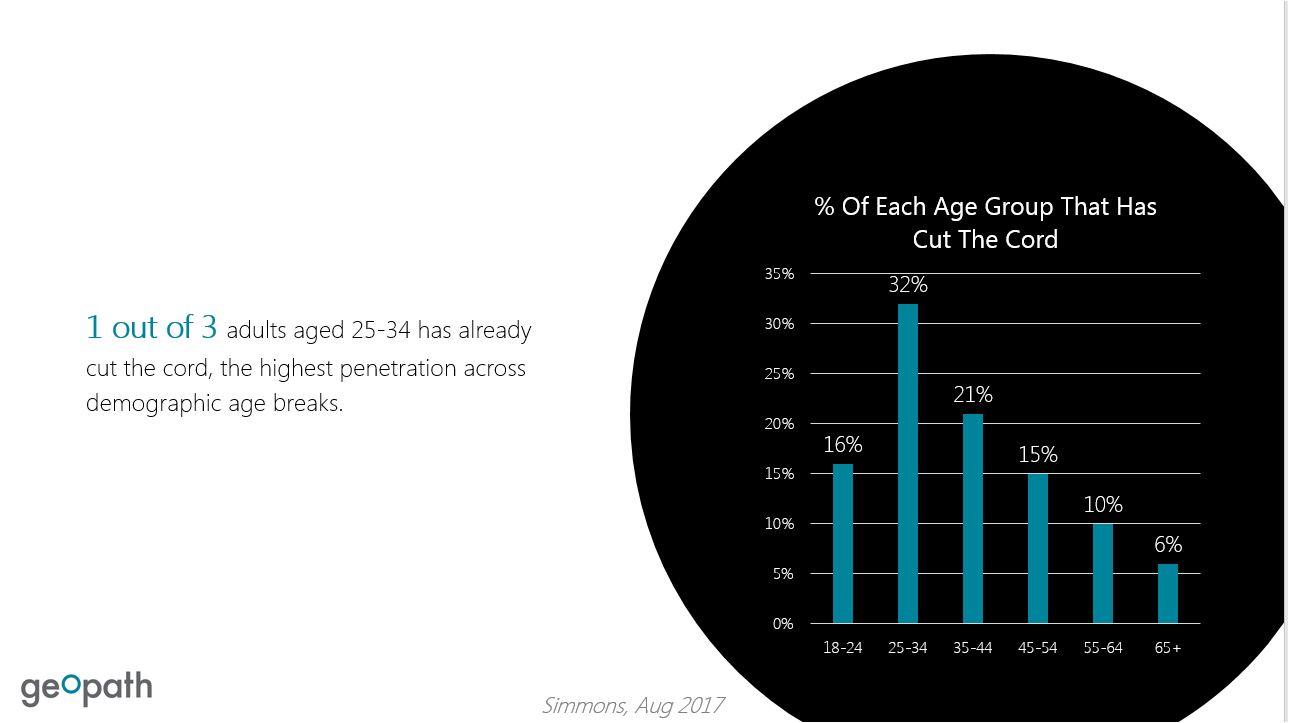 Breaking it down by demographics, the coveted 25-34 age group has seen
the greatest movement away from traditional pay TV with one in three cutting
the cord. 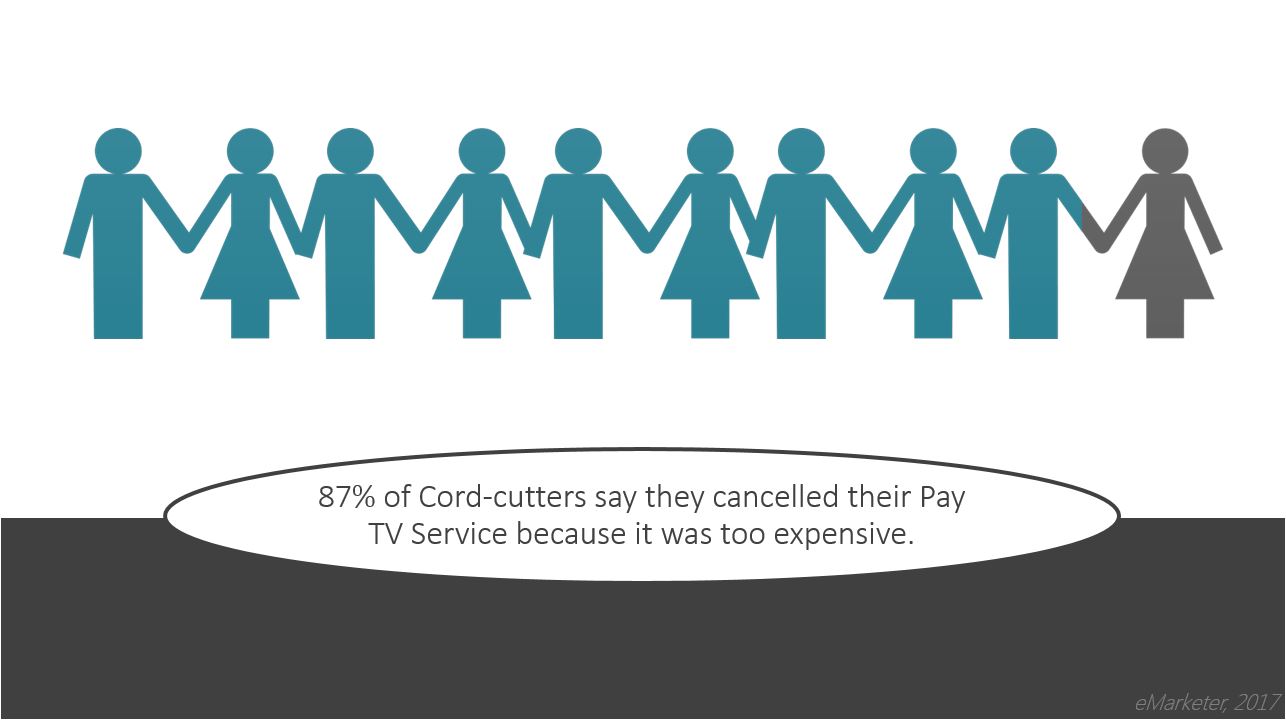 87% report that rising costs are the primary drivers for divorcing the cable or
satellite company, but, according to Simmons, it’s families with household
income more than $100,000 among whom cord cutting is most prevalent,
suggesting the decision may be just as much about value as it is about
dollars. 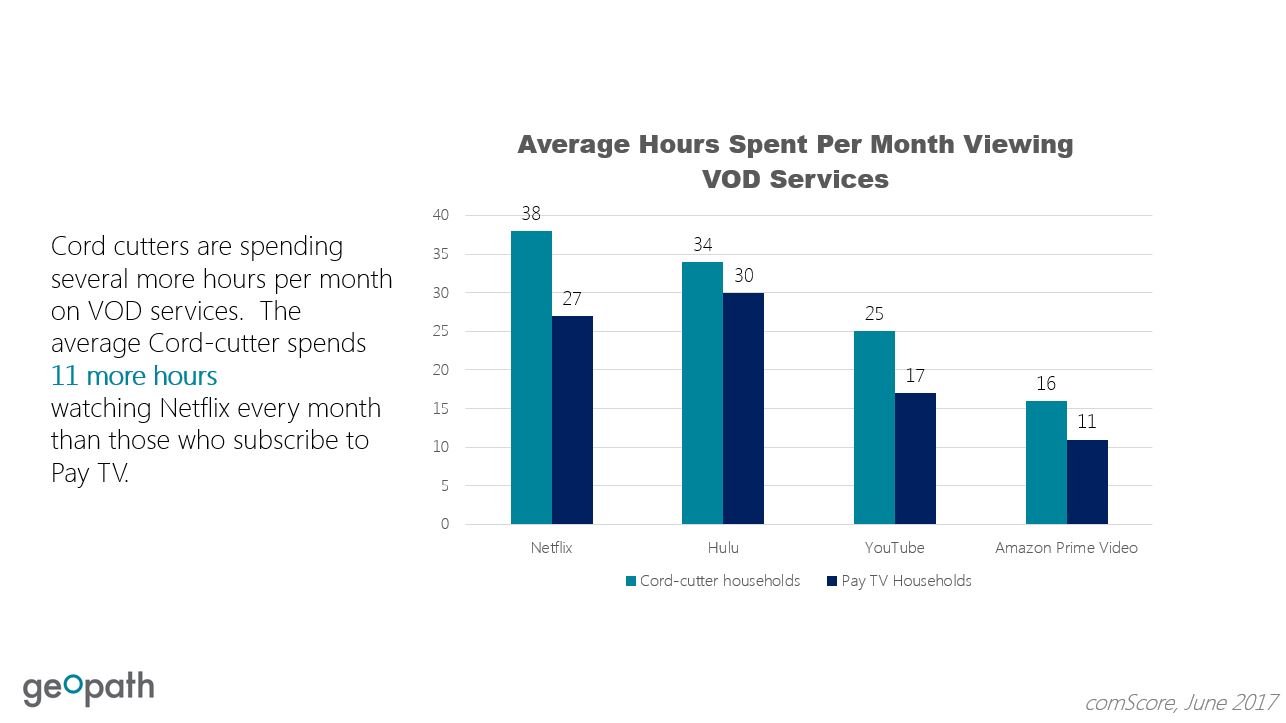 The emergence of commercial-free, subscription-based over-the-top services like
Netflix, Amazon and Hulu has contributed significantly to the cord cutting trend.
Those who have migrated are not only saying goodbye to their monthly cable bill,
they seem to be enjoying the content experience, as evidenced by the fact that
cord-cutters are spending 11 more hours watching Netflix every month than
those who subscribe to cable or satellite – yet another testament to value for dollars.
​
The implications for brand advertisers and their budgets are inescapable. The
Cord Cutters, Shavers, and Nevers just happen to be in one of the most sought-
after consumer groups, young and high-income. 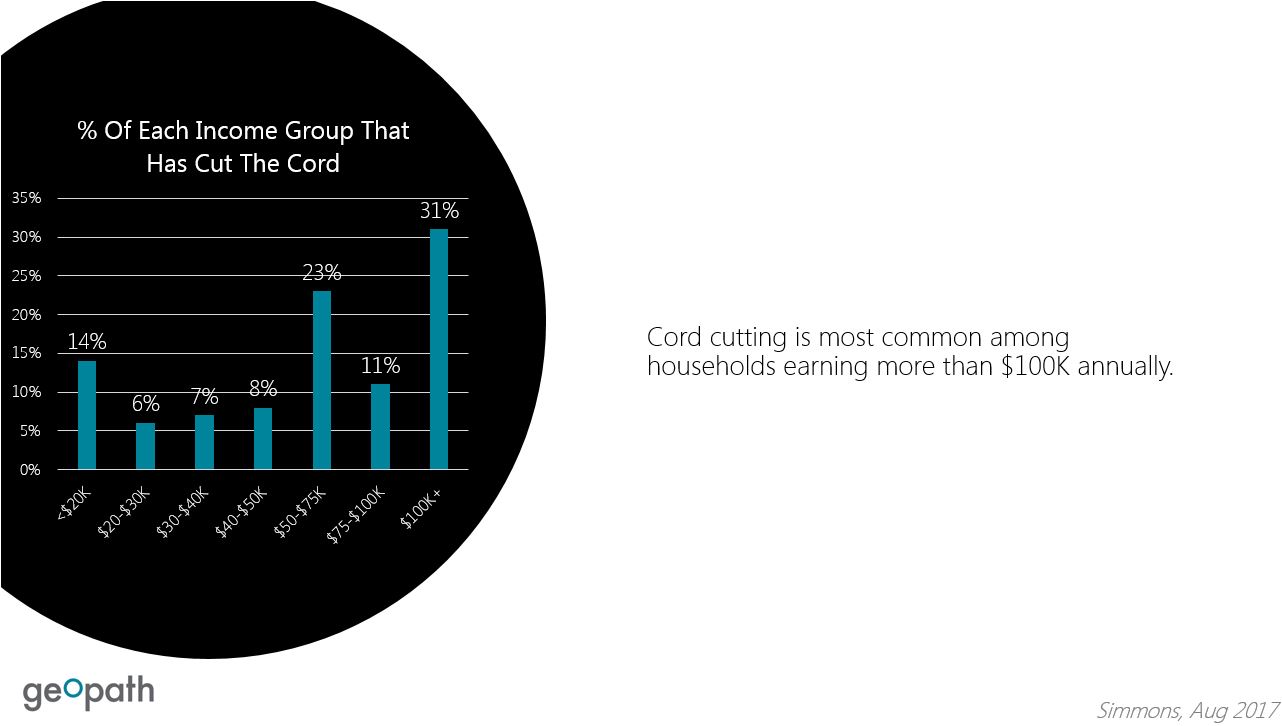 This is an excellent opportunity for the Out of Home advertising industry (OOH).
According to Simmons, Adults aged 25-34 who have a household income over
$100,000 are 14% more likely to say that they’ve noticed an OOH ad in the last
30 days than the total population.
Supplementing a TV buy with OOH advertising is an excellent way to reach that
core group of high-income millennials who may be missing television advertising.
Additionally, it’s an excellent way for subscription-based video services to reach
the Cord Cutters, Shavers, and Nevers with their newly released original series
for the next big binge.
Judging from the sizeable amount of OOH being leveraged by services like
Amazon and Hulu, and the recent rumors about Netflix’s interest in Regency
Outdoor – they have already figured this out. 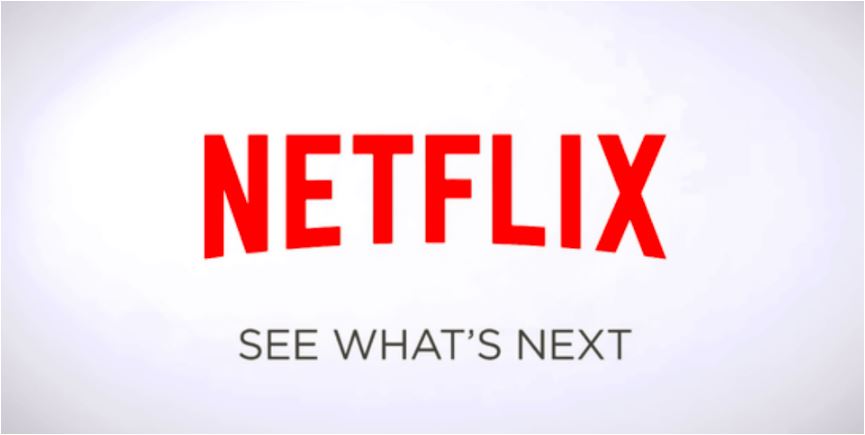