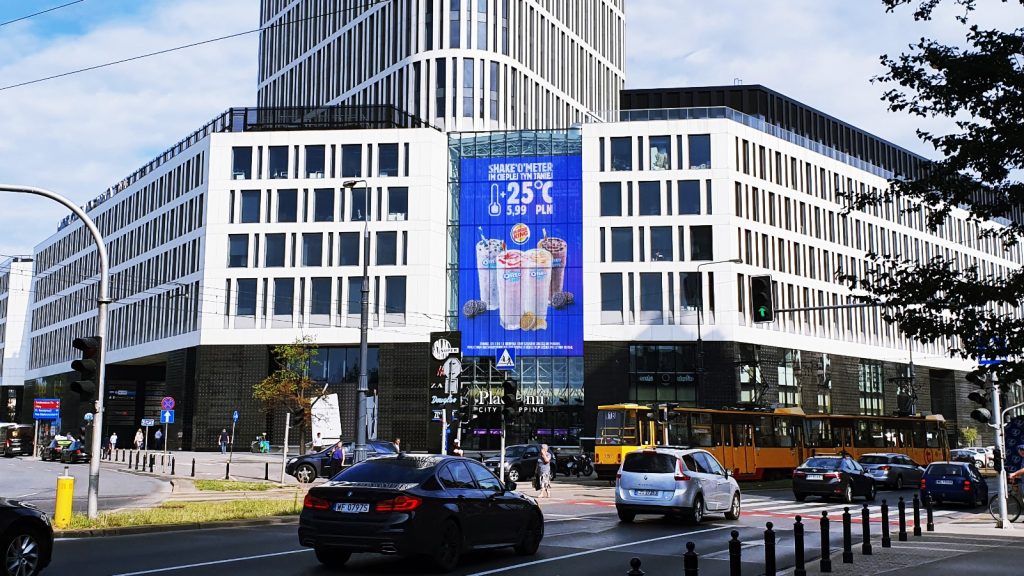 Screen Network shared this colorful and dynamic Digital OOH Campaign which treated the public to discounted Burger King Oreo Shakes.  Using their Digital OOH network in major Polish cities, Screen Network used real time data to trigger dynamic weather ads via creative response technology, meaning the creative would change based on the temperature. The greater the temperature, the greater the discount on the cost of the Burger King Oreo Shakes. This is worth the quick read and the video is just over a minute, worth seeing. Go see your BK franchisee’s today!

Enjoy the photos and watch the video⇒Burger King Oreo Shakes 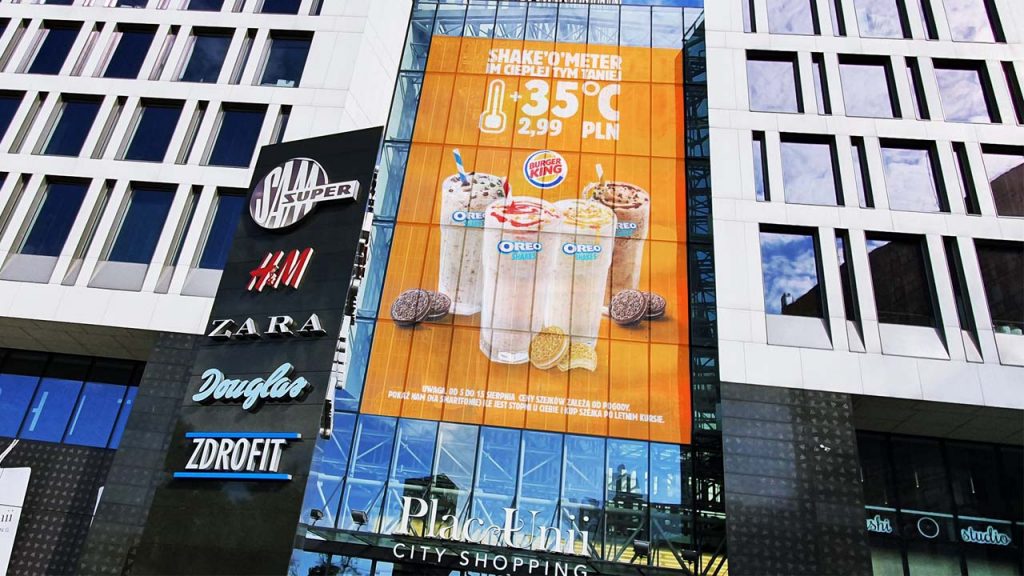 Technical description:
The price of a shake depended on the current temperature near selected screens. When the thermometers showed over 25 ° C, the shake cost  5.99PLN. However when the temperature reached above 30 and 35 degrees Celsius – frozen drinks were available respectively for 4.99 PLN and 2.99 PLN. When the summer got tropical and the thermometer showed 40 ° C and more – the shakes at Burger King were available for free! Residents of Polish cities did not have to check the temperature to know when they were offered a discount. LED screens located next to the restaurants refreshed this information in real time and changed the displayed ads.

About Screen Network:
Screen Network is the leader of the Digital-Out-Of-Home market in Poland. It manages the country’s largest network (23 000 screens) in 3,600 locations, which corresponds to a 40% of polish market share. It implements real-time (online) advertising campaigns in 553 cities across Poland, as part of one integrated IT system. It’s offer allowing the purchase of DOOH in the programmatic system through the Adform platform is unique on the Polish market. In addition, together with Polsat Media, it offers media houses a product called Polsat Media AdScreen.