over 70 high-impact and innovative displays 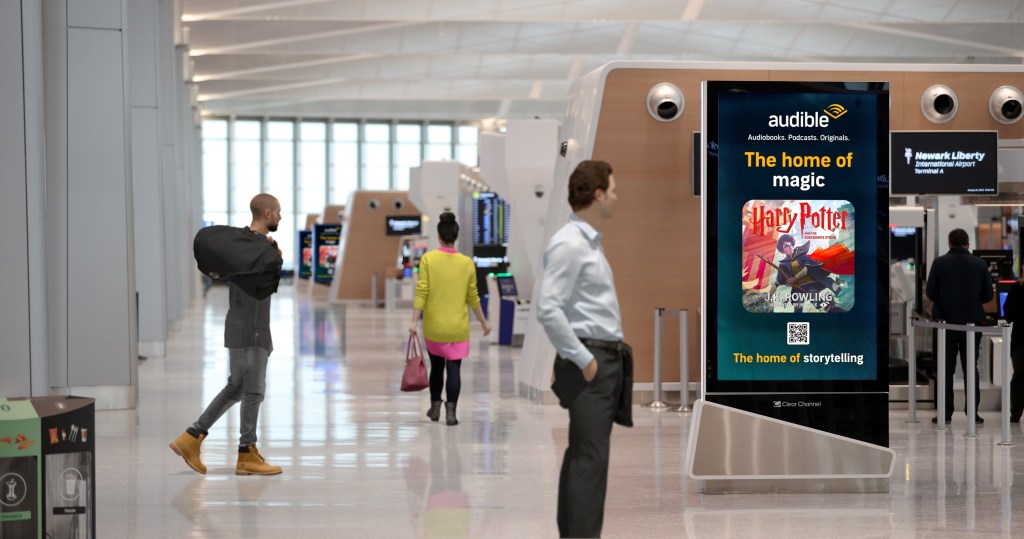 Clear Channel Airports, the nation’s leading airport media provider, designed this advertising space as an integration to the $2.7 billion terminal’s stunning renovation. The approximately one million square foot terminal provides attractive advertising, sponsorship, brand partnerships and experiential opportunities for brands and businesses looking to reach millions of flyers throughout the greater metropolitan region. This latest transformation at EWR is just one program that coincides with CCA’s 12-year deal with the Port Authority of New York and New Jersey to modernize its coveted airports including John F. Kennedy International (JFK), LaGuardia (LGA), and New York Stewart International (SWF) Airports. The partnership, announced in October 2020, is the largest airport advertising and sponsorship in the U.S.

the largest airport advertising and sponsorship in the U.S

“We are excited for passengers to finally be part of this highly anticipated advertising journey while traveling through the new Terminal A at Newark airport,” said Morten Gotterup, president, Clear Channel Airports. “Our partnership with PANYNJ has allowed us to create an environment that revolutionizes the airport experience for travelers from all around the world. Our media network brings to life the transformation we have envisioned with our partners over the last two years, and as a result, we created a unique, immersive and opulent program that will engage and inspire millions of people passing through the new magnificent terminal.”

CCA’s new digital media program showcases over 70 high-impact and innovative displays throughout the 33-gate terminal, including an iconic 24-foot seamless digital “umbrella” — a suspended, first-of-its-kind airport advertising screen hanging above the terminal’s largest concourse where not only do you view the massive installation head-on in both directions, but the advertising is also viewable above you as you walk under it. Additionally, a network of 54 ultra-high-definition LCD screens, two unique 42-foot curved LED soffits and 16 dynamic digital columns light up Terminal A’s new ultramodern interior, creating an impactful, audience-oriented advertising experience. CCA revealed that a 75-foot external head-on digital welcome display attached to the new consolidated car rental facility (CONRAC) is also in the works. 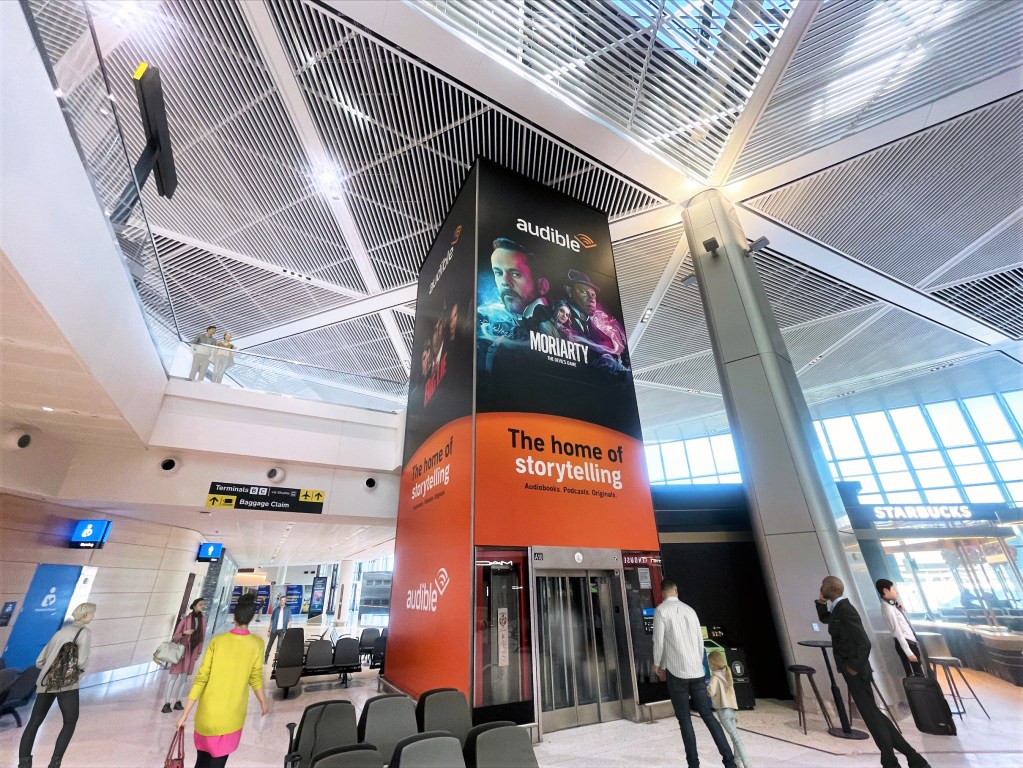 “As a company proudly headquartered in Newark, NJ, we are really excited to be part of the launch of the new Terminal A at Newark Airport, said Tom McKenna, SVP, Marketing & Media Ops, Audible.  “Our work with Clear Channel Airports and the PANYNJ showcases Audible‘s audiobook, podcast and originals content on unique digital screens, elevator wraps, and large format displays. As millions of passengers travel this season, we’re excited for Audible to ignite their imaginations along the way.”

Terminal A is the largest design-build project in New Jersey’s history and is expected to generate more than $4.6 billion of regional economic activity. The airport transformation has also focused efforts on securing sub-contracts to minority and women-owned business enterprises, which as of June 2022, totaled more than $686 million and $213 million for 92 sub-contracts to New Jersey firms. It is estimated that EWR Terminal A will efficiently handle 13.6 million passengers each year.

Wind On Down The Road