Gudai —Business Side of the Futuristic Gadgets—

Jonathan Gudai, CEO for Adomni, posted his thoughts on his attendance of the CES 2019 Show in Vegas last week.  We are republishing Gudai’s well written post which is as interesting as it is relevant to #OOH.
OOH Today posed a question to Gudai regarding his comments on self-driving cars.

Our question: “Regarding your points on self-driving cars; your perspective of the optimist and the pessimist is clear, in light of the point you made, ‘Auto-industry predictions are that by 2025, millions of self-driving cars will be on the roads.’   What does the realist point of view offer?” 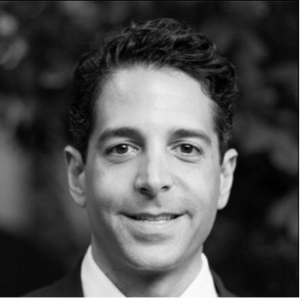 CES 2019 is officially in the books. As the first big event of the year, we participated as both a member of the out-of-home community and as a consumer. After all, it is the Consumer Electronics Show. We attended the keynote by LG’s president; walked a portion of the expo halls; and participated in the DPAA’s guided tour that included interviews with top advertising executives from companies like AMEX, IBM and OMD.

My overall takeaway from the show is that the world of technology seems laser-focused on three things:

Below are the things that struck me as either interesting and compelling or fun to see and think about. I’ve split them into two categories: Consumer and Out-of-Home Advertising.

Let’s start with the fun stuff…

Want to transform your living room in 2019?

This LG 98-inch-OLED will most certainly do that.

Or these brand-new LG TVs that slide up and down into their speaker base.

Or this LG TV that is razor thin and was shown affixed to a piece of glass:

which is made possible because all of the electronics are in the base:

As an avid fan of Nespresso capsules, this automated capsule-based home beer-brewing machine caught my eye:

An amazing example of “coopetition” at the highest level:

For the first time ever, Apple’s iTunes service can be found on a Samsung device.

Samsung is blurring the lines between digital displays and traditional paintings with its Frame Series, which lets you rent (or buy) digital artwork to place in a variety of frame styles:

A new electric car brand from China, called Byton, seems very serious to take on Tesla. And for just $45K or $60K, it looks poised to make a run. These cars are shipping from China this year!

Now to the business side of the futuristic gadgets…

Walking through the expo floor and thinking about all of the new tech and how it will affect the future of OOH, the most compelling items for me were:

1.   5G technology – promising speeds of up to 1,000X faster than 4G, 5G-enabled sensors will connect everything and everyone.

Unimaginable quantities of data about where people and cars are as they move through the physical world and who or what they are, will be ever flowing.

What does this mean for us in the OOH ad business? Smart billboards, smart cars and smart mobile devices will change the nature of the ads being served. Just as Google (who stores massive quantities of data as it catalogs the entire public internet) is able to serve up the most relevant search results, DOOH screens will also be able to drive relevancy via a new dynamic ability to respond to the people and environment around them. As the hardware tech exponentially improves, so to will the software that takes advantage of it.

2.   Self-driving cars – when people no longer are at the wheel, it frees them up to do other things.

An optimist might look at this situation and say that people can spend more time looking out the windows. Especially if the screens by the roadside are able to deliver full-motion video or even 3-D-type content because safety concerns preventing this content in the past are removed.

A pessimist might counter by saying that people will no longer need to look out the windows, and will instead allocate their attention to their in-vehicle screens and do things like work, shop or spend more time on social media.

There is no telling who will be right, but here are some stats that our expo tour shared with the DPAA tour group that I found surprising.

●     Today, 30 million cars on the road have Mobileye technology built-in, which will be one of the main ingredients necessary for self-driving cars to operate safely – awareness of the car surroundings.

●     Auto-industry predictions are that by 2025, millions of self-driving cars will be on the roads.

●     Audi is currently the front-runner of the major manufacturers to deliver the first batch of self-driving cars at scale.

This self-driving concept car was one of several that showed the side windows of the vehicle having digital signage for the passengers to interact with:

3.   Camera-enhanced digital signage that can detect the audience around the screen will be able to dynamically optimize content shown for maximum relevance.

Companies like Admobilize have already developed the core machine vision technology. We are now in the adoption phase. Media owners, hardware technology companies and DOOH media player and CMS companies simply need to roll it out and once critical mass hits, the ability to leverage the capabilities will take hold.

Imagine Nike launching an ad campaign for a new shoe line that offers both a men’s shoe and a women’s shoe. With camera detection technology, the media player software can serve up the best product image based on the audience around the screen:

How many of the concepts shown at CES will see the light of day is a good question. How fast will these transformative new technologies roll out is a trillion-dollar question. There is a lot of physical infrastructure required to pull these off, not to mention the intelligent software that will need to follow.

One thing I know for certain: The world in which my 19-month-old daughter will be working, living and traveling through is likely going to operate very differently than the one I experienced thus far.

Is There a Creative Dimension Outdoor Advertising is Missing?