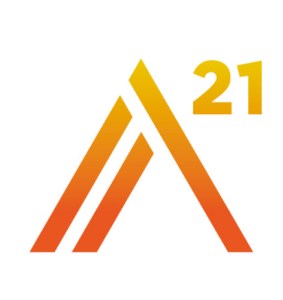 Baton Rouge, LA – October 19, 2020 – In support of the effort to end human trafficking, Lamar Advertising Company, one of the largest outdoor advertising companies in the world, has teamed up with A21, a global anti-human trafficking nonprofit with the mission to abolish modern-day slavery, and is using its national digital billboard network to raise awareness of this very serious and underreported issue.

Beginning today, on the heels of the A21 Global Freedom Summit, Lamar is displaying A21’s Can You See Me? campaign on more than 280 billboards in 48 cities. The series of confronting billboards depicts scenarios of the most common forms of modern-day slavery, including domestic servitude, child exploitation and labor trafficking. The campaign urges members of the public who suspect human trafficking activity to call the Polaris National Human Trafficking Hotline and National Center for Missing and Exploited Children.

“I believe that out of home campaigns, with their direct messages and powerful designs, make a difference.”  Mendi Robinson, AVP of Marketing and Creative Director for Lamar

“Human trafficking remains a heartbreaking and tragic problem that demands increased awareness and public action,” said Mendi Robinson, AVP of Marketing and Creative Director for Lamar Advertising. “Using our national digital billboard network, we are perfectly positioned to help spread this message and to reach mass amounts of travelers. I believe that out of home campaigns, with their direct messages and powerful designs, make a difference.”

To amplify the digital billboard campaign, which will run for two weeks, A21 is encouraging people to take photos of the billboards where they live and post to their social media accounts with the hashtag #WeSeeYou.

“With the COVID-19 pandemic we’ve seen an increase in people who are vulnerable to human trafficking. As limited travel options have led to more road travel, roadside billboards are more important than ever,” said Christian Elliot, A21 Global Development Director. “We are grateful to Lamar for its generosity and support in working to end human trafficking.”

About Lamar Advertising Company
Founded in 1902, Lamar Advertising Company is one of the largest outdoor advertising companies in the world, with approximately 385,000 displays across the United States and Canada. Lamar offers advertisers a variety of billboard, interstate logo, transit and airport advertising formats, helping both local businesses and national brands reach broad audiences every day. In addition to its more traditional out of home inventory, Visit www.lamar.com

About A21
A21 is a global nonprofit organization determined to eradicate human trafficking through awareness, intervention, and aftercare. Currently operating in 18 locations, 13 countries, A21 aims to combat modern-day slavery through a multi-dimensional operational strategy: Reach, Rescue, and Restore. Through partnerships and the efforts of supporters all over the globe, A21 truly believes that a multitude of victims can be identified and assisted, and perpetrators can be brought to justice.