Ari Zagury Rep of the Year 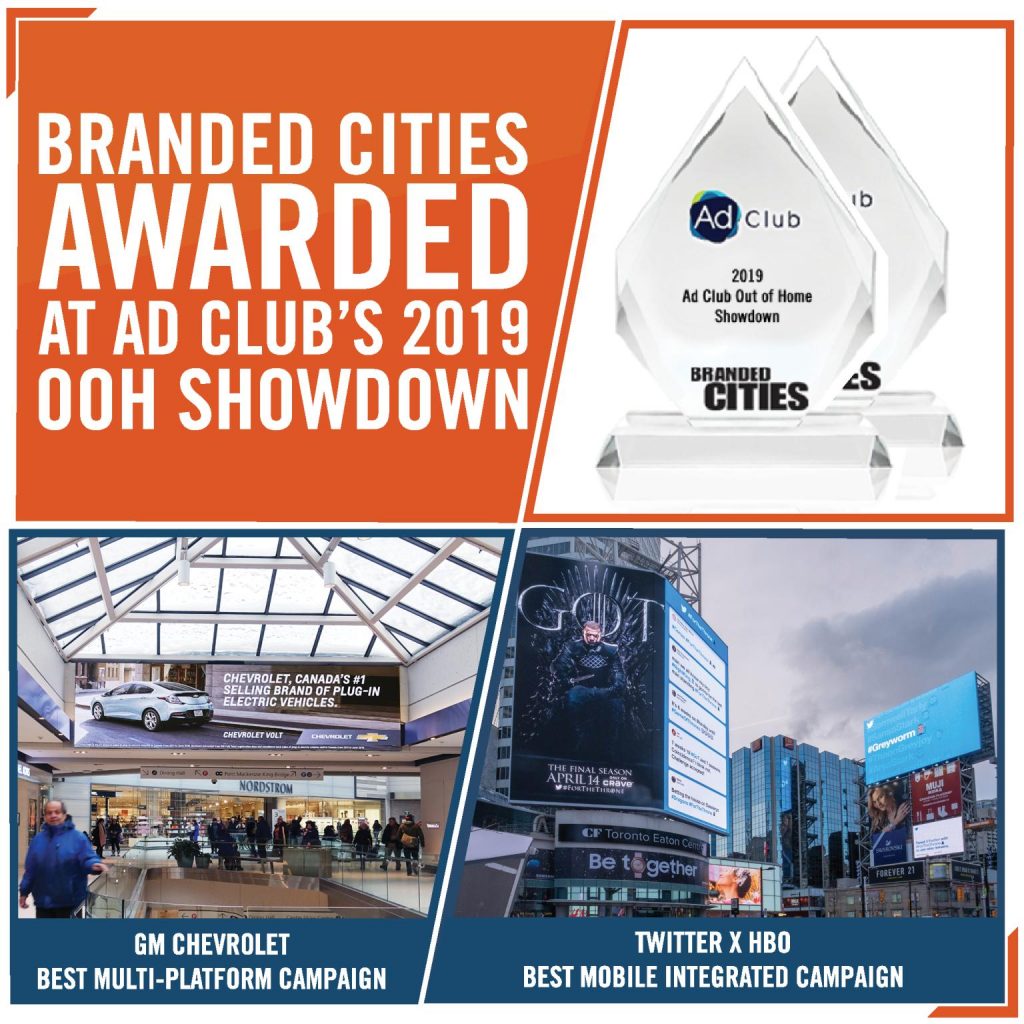 A word from Branded Cities

Plus, for the 2nd year in a row, Branded Cities’ own Ari Zagury wins Out-of-Home Rep of the Year!

This year’s OOH Showdown consisted of six distinct categories, each attracting submissions from a record number of Canadian OOH media providers. Branded Cities took home two category awards: Multi-Platform with GM’s EV Charging Station campaign, and Mobile Integration for Twitter x HBO’s #ForTheThrone execution. Each of our winners showcased the power of Branded Cities’ extensive digital network – one with a live social wall on Canada’s Largest Digital Display at Yonge & Dundas Square and another with activations that highlighted the flexibility of our National Mall Network.

“There’s always a buzz around our office whenever it comes time for Ad Club each year and the Showdown has become increasingly challenging,” states Bill McDonald, Vice President of Sales at Branded Cities Canada. “It’s great to see how our Account Executives and Clients work together to ramp up their campaigns with creative and innovative executions that break through the competition.”

“These awards really solidify Branded Cities’ position as an iconic, forward-thinking and creatively flexible media owner and we love having the opportunity to celebrate the work of our amazing clients,” states Ali Satchu, Vice President of Marketing at Branded Cities Canada.

In addition to the category awards, Branded Cities’ Account Executive Ari Zagury was awarded Rep of the Year for the second year in a row.

To view all of our submissions to the 2019 Ad Club OOH Showdown, please visit our YouTube channel.

About The Advertising Club of Toronto (Ad Club)
The Advertising Club of Toronto is a not-for-profit organization that serves the advertising industry and all its related services, including media, creative, production, advertising and marketing. The AdClub’s mandate is to raise and distribute charitable funds by organizing events that present the newest ideas and developments in the advertising industry and create social and business networking opportunities for ad industry colleagues. For more information, please visit their website.

About Branded Cities
Branded Cities, which is owned by EL Media and Shamrock Capital, is a leading Out-of-Home media company with an integrated network of premier digital and static signage across North America. The digital and static media assets span across some of the largest markets in the United States and Canada (New York, Los Angeles, Chicago, Philadelphia, Toronto, Vancouver, Montreal and many more) and are situated in the country’s most valuable Out-of-Home environments such as Times Square, the Las Vegas Strip, West Hollywood, Union Station, Yonge – Dundas Square and Canada’s leading shopping centers.  Visit: brandedcities.ca, brandedcities.com, or ellmanco.com.

The Super Mario of OOH —’Level Up’