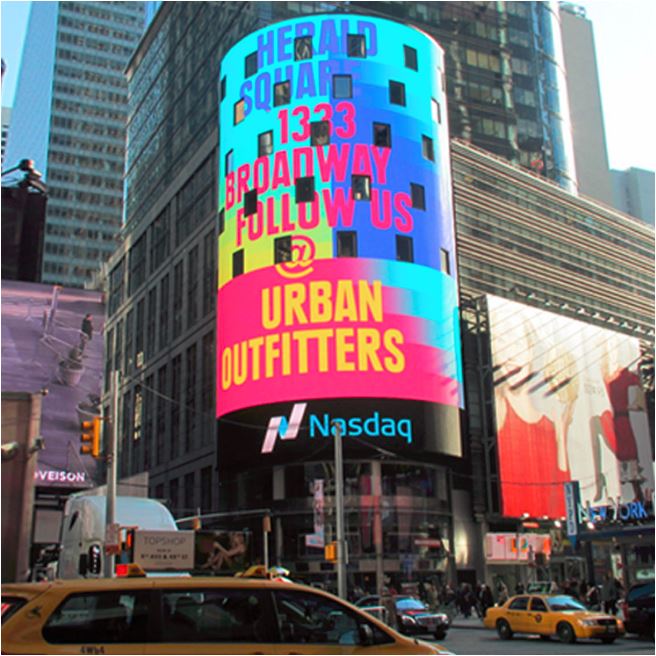 The special milestone is made sweeter with the launch of a brand new website featuring robust campaign planning tools.

Branded Cities, a premier and iconic Out-of-Home (OOH) media company in North America, announces the celebration of 20 years in the #OOH industry. Founded in 1999 in a single market, Branded Cities has grown immensely, now with nine sales offices in twenty markets boasting an inventory of nearly 3,000 assets, including some of the most sought-after, recognizable displays in key markets within Canada and the United States. Landmark locations include Toronto’s Yonge-Dundas Square, New York’s Times Square, Harmon Corner in Las Vegas, Downtown Chicago, West Hollywood in Los Angeles, Market Street in Philadelphia, and Washington DC, to name a few. To commemorate this milestone, the company is debuting a new website to showcase the Branded Cities inventory and features a one-of-a-kind campaign planning tool designed specifically for media buyers and advertisers – brandedcities.com & brandedcities.ca.

Branded Cities’ journey began in 1999 when it conceived and subsequently obtained approval to build a landmark, 223-foot-tall, advertising tower in downtown Toronto, Canada. The Atrium on Bay Media Tower became the first media structure in, and the catalyst which initiated, the City of Toronto’s Yonge-Dundas Square, a bustling entertainment, dining, and public gathering spot. Since then, Branded Cities has expanded throughout Canada and the U.S., with over seventy employees throughout North America. In addition, the company has been recognized and awarded for various exceptional OOH campaign executions throughout the years.

“In our 20-year history we’ve accomplished so much, from the inception of Yonge-Dundas Square to erecting some of the most well-known and beloved billboards across North America. I’m confident that there will be even more accomplishments, more firsts, and more iconic OOH inventory as we continue to grow and innovate,” states Steven Ellman, Chairman & Chief Executive Officer of Branded Cities. “We have the team, experience, and proven ability to make it happen. But above all we continue to have an unwavering passion for the OOH industry, as much as we did back in 1999!”

Over the last two decades, Branded Cities has stayed in the forefront of the OOH industry by focusing on iconic and high impact inventory in landmark locations offering clients a full-scale solution and expansive coverage.

Branded Cities, is owned by EL Media and Shamrock Capital, is a leading Out-of-Home media company with an integrated network of premier digital and static signage across North America. The digital and static media assets span across some of the largest markets in the United States and Canada (New York, Los Angeles, Chicago, Philadelphia, Toronto, Vancouver, Montreal and many more).

OOH TODAY believes all voices, not just the loudest, must be heard 4126 posts 559 comments

Who is spending in OOH —Charleston-Huntington Top 10…