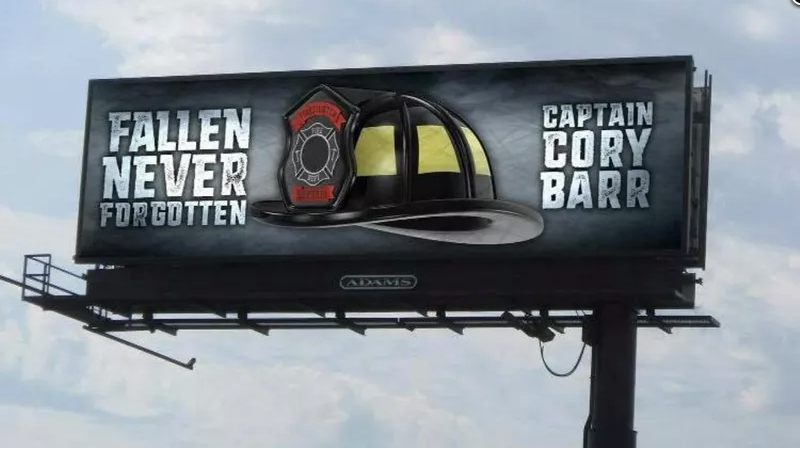 Adams Outdoor placed a tribute to a Sun Prairie, Wisconsin firefighter killed in a natural gas break and subsequent explosion earlier this week. The Madison Wisconsin suburb, was devastated with the loss of Fire Captain Cory Barr, who was killed as he helped evacuate people prior to the blast.  Eleven other people were hurt. Six buildings were destroyed.

Adams plans to keep the billboard up as long as the community would like to see it posted.

“Where Does It Hurt”?