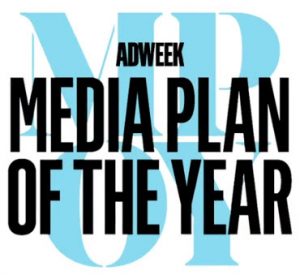 Netflix series, ‘Altered Carbon,’  was named the year’s most innovative media plan by ADWEEK’s Media Plan of the Year.  ‘Altered Carbon’ won in the category of campaign ($500K to 1 Million) the Best Use of Alternative Media.  MullenLowe MediaHub gets the credit. Rapport made the #OOH buy.

Recognizing the fearlessly, bold strategies needed to reach the consumer, the winners accomplished their feat with risky planning by anyone’s perspective. They broke the rules of creative and execution.  It wasn’t just bold for the markets they appeared. The plans were daring for any market it would have hit the streets.  How bold is your planning and creative?

Here is short video featuring comments from some of the judges. Note the consensus among the judges in the video, how Out of Home was a clear leader. Give it a look.

Video: These Are the Latest Trends in Media Planning, and the Biggest Challenges

Photos of some of the OOH campaigns shown:

Warming up in Chicago