Over the next week, Adams Outdoor will use the power of out of home advertising to show support for the people of Ukraine during this global crisis. Adams will display sunflowers across 413 billboards in 14 markets and 7 states to bring awareness to this important matter and serve as a beacon of support for war-devasted Ukraine and its courageous citizens.

The simple, compelling design draws inspiration from the increasing global visibility of Ukraine’s enduring national flower, which has long been a symbol of joy and peace. The iconic sunflower image gained new relevance recently when a viral video, seen by millions, captured a brave Ukrainian woman forcefully demanding that invading Russian soldiers put sunflower seeds in their pockets, so the brilliant flowers could bloom where the enemy soldiers fell in battle.

“The sunflower plays a rich role in Ukrainian history as a symbol of resistance, unity and hope. In 1996, when the country gave up its nuclear weapons, Ukrainians planted sunflowers at the Pervomaysk missile base,” said Tony Cioffi, General Manager for the Adams Eastern Pennsylvania market. “The bright yellow flower against the sky is also a nod to the iconic Ukrainian flag.” 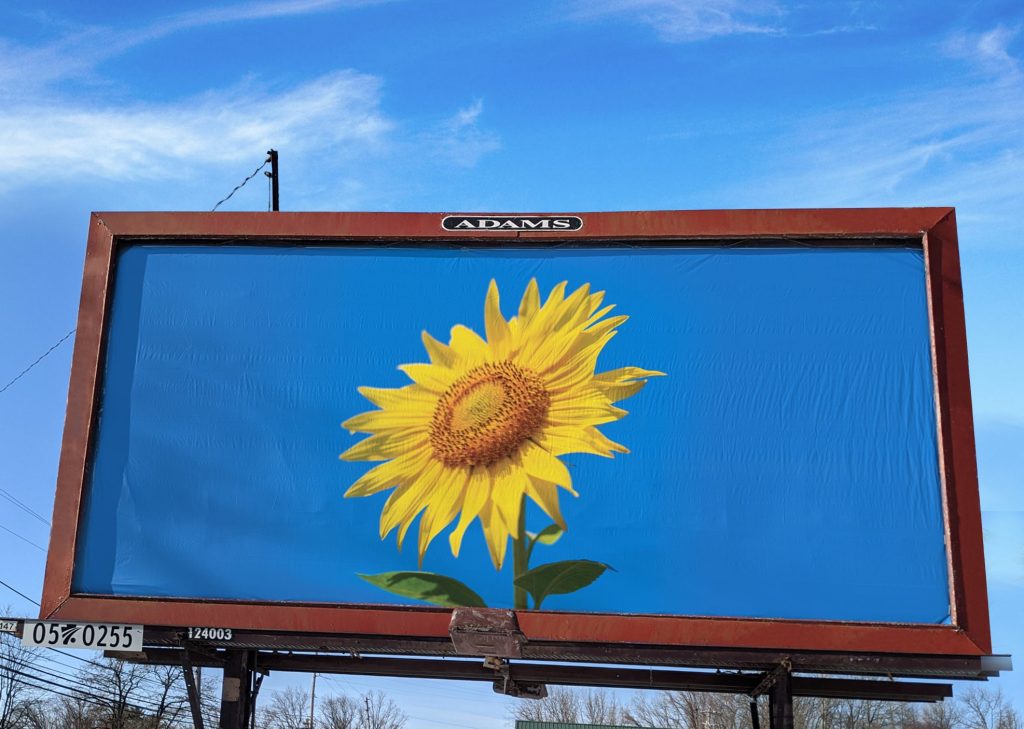 The quantity and prevalence of the Adams campaign posting will be a testament to the power of the outdoor medium. It demonstrates how the creative, dramatic use of posters can influence, inspire, and educate an audience by making an emotional connection about contemporary events.