After 49 years of service, Wayne Johnston recently retired from Media Resources. We already miss his cheery disposition! Wayne started with Media Resources in 1969 as a bill poster. He said he liked the job “because of the freedom”. Once you leave the shop “you’re on your own.”

Wayne wasn’t always alone though. For some reason local newspapers seemed to follow him around taking photos of him at work, even putting him on the front page back in ’89. 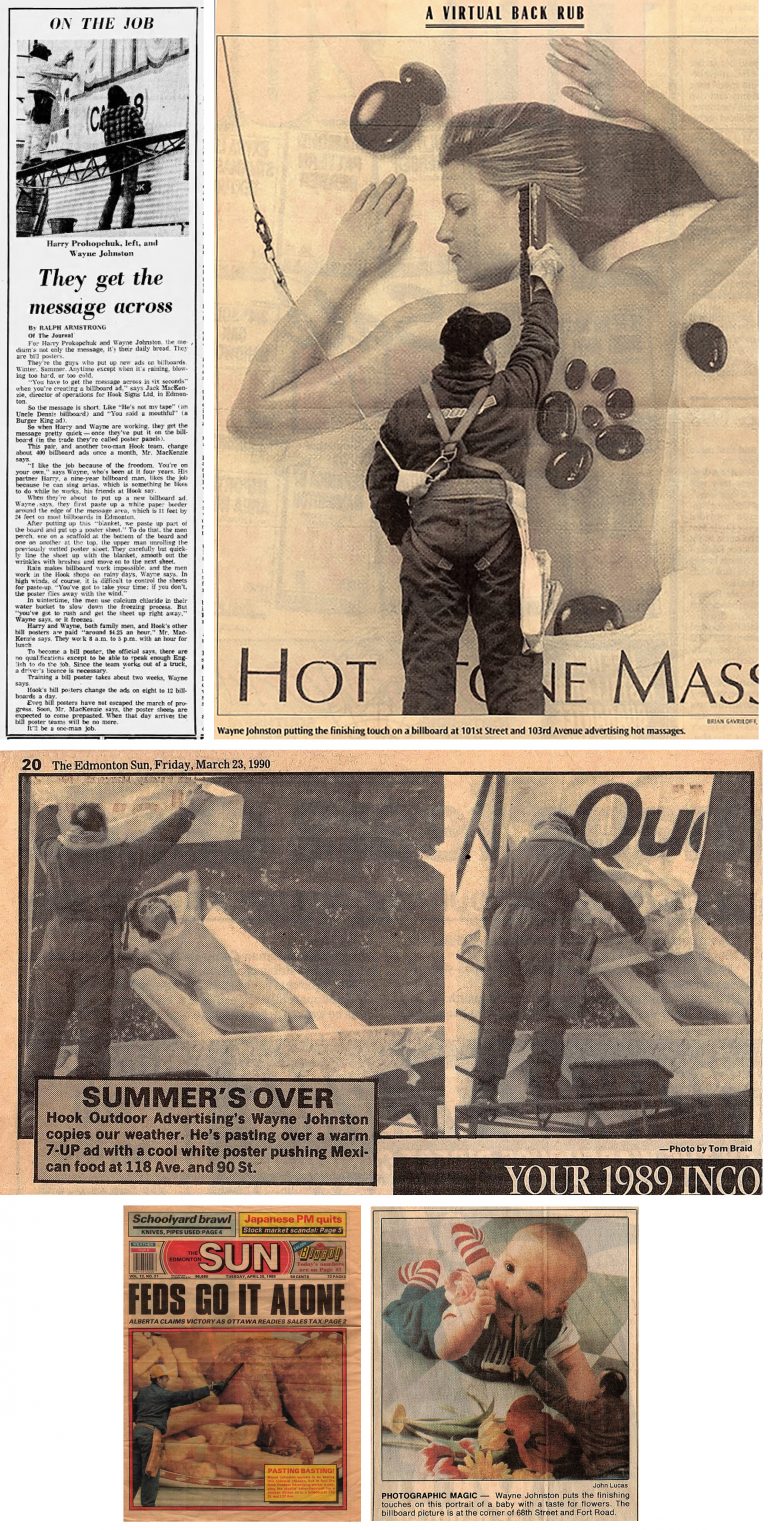 Like the mailman, nothing slowed Wayne until he needed a hip replacement at age 62. Most folks think about retiring at that age but not Wayne. After all, outdoor advertising professionals don’t retire, they just get reposted! In Wayne’s case he was reposted to our Transit Shelter department posting standard bus shelters and 3D “super shelters.”

Wayne stayed with Media Resources for 9 more years, retiring at age 71. Fifty years with one OOH company ⁠— that says a lot about the man and the company!

We miss Wayne already and wish him the best in his new posting, retirement.