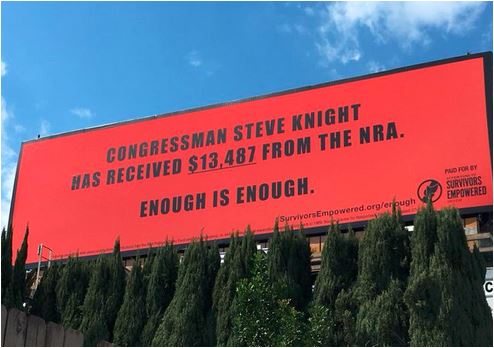 Billboards by How Much Money Politicians Received From The NRA

The gun reform campaign is inspired by the movie “Three Billboards Outside Ebbing, Missouri.”  The group bought 13 billboard bulletins in nine states, while fundraising for 17 more. Each billboard lists the name of a local Congressman and how much money they’ve received from the gun lobby group, NRA. The billboards were placed in congressional districts of politicians who had received what the group deemed “substantial” financial support from the NRA.

The campaign highlights the influence of the gun lobby on lawmakers pressuring members of Congress to cut ties with the NRA and pass gun control legislation.  “The nonprofit Survivors Empowered Action Fund launched 30 Billboards April 20 which coincided with the 19th anniversary of the mass shooting at Columbine High School.”  Survivors Empowered founder is Sandy Phillips, whose 24-year-old daughter was killed in the 2012 mass shooting in a movie theater in Aurora, Colorado.

Read more- click on the three sites The Hill Shooting Survivors   Or the Survivors Empowered website.
13 Billboards Call Out How Much Money Politicians Got From The NRA  from Huffington Post lists some of the markets and congressman billboards are already installed. 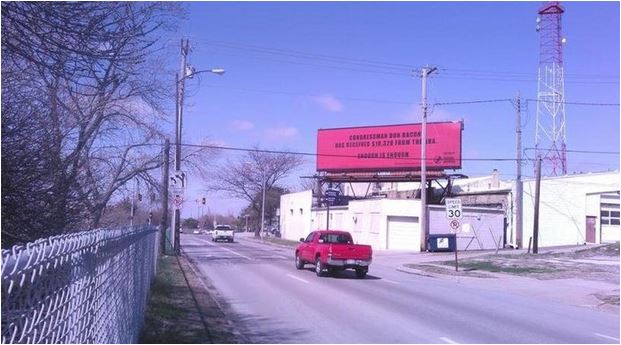