What is the Value of an OOH Conference Booth? 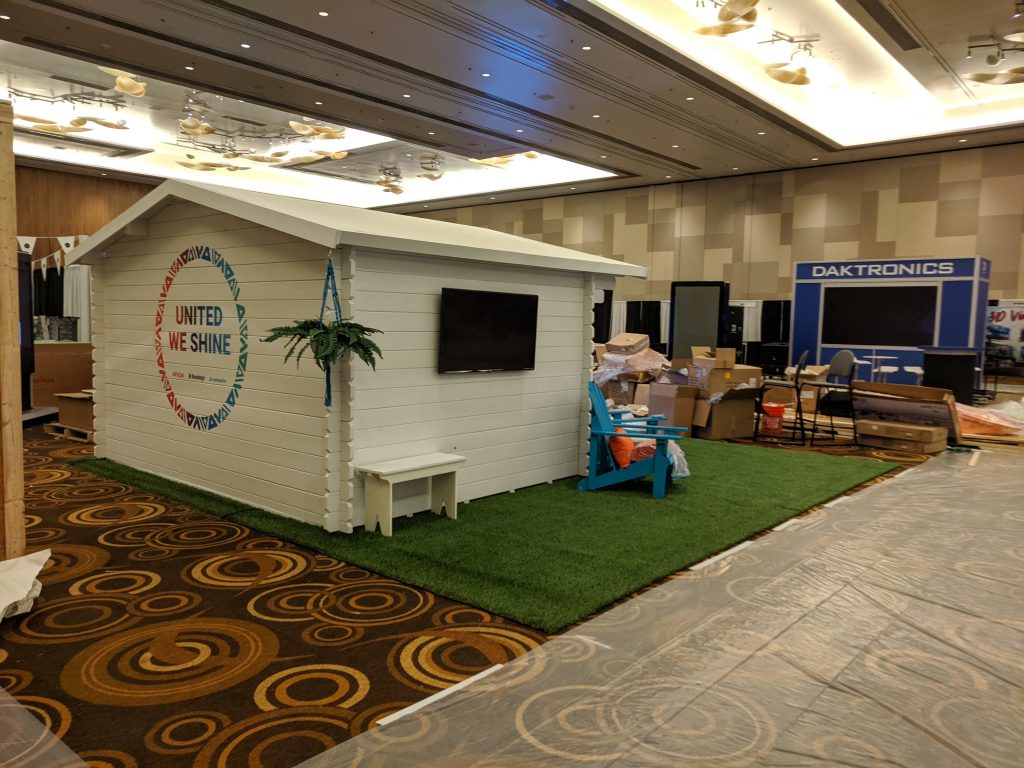 Ayuda and Broadsign are well known for their beautiful and experiential booth compositions, but this year they have gone a step further, donating the entire structure and furniture to charity at the end of the event. The Las Vegas Rescue Mission exists to provide help and hope to the homeless and hurting men, women and children of Las Vegas, providing meals, emergency beds, and clothing. Through a combination of their thrift store (where 100% of the proceeds go to support their other services) as well as directly supplying people in need, the furniture, decorations, and the shed itself were all donated on Wednesday morning at the end of the OAAA #ooh2019 conference in Vegas.

“Broadsign supports the communities where they live and work, and are thrilled to be able to fully recycle this booth, making sure that these gently used items have a second life helping those who need it most. It is important to us as an organization that we as a company give back and improve the world in which we work,” quote from Ayuda spokesperson.

Members of the Ayuda division team is also participating in Rope for Hope on May 24th, raising over $7000 for the Make a Wish Foundation of Quebec. Through the support of the Ayuda, Broadsign, and Campsite teams,they have surpassed fundraising goals and will be rappelling down the side of a 29 story building!  On June 14th, members of the Broadsign team are participating in The Wonder Race, a thrilling and challenging fundraising event in the city of Montreal this year to benefit the young children at Shriners Hospitals for Children – Canada! While both of these projects were begun before the merger was announced, the alignment of charitable spirit is clear and as they to join forces to keep raising money for these worthy causes.