—Influential with Watson and NinthDecimal Boost and Drive 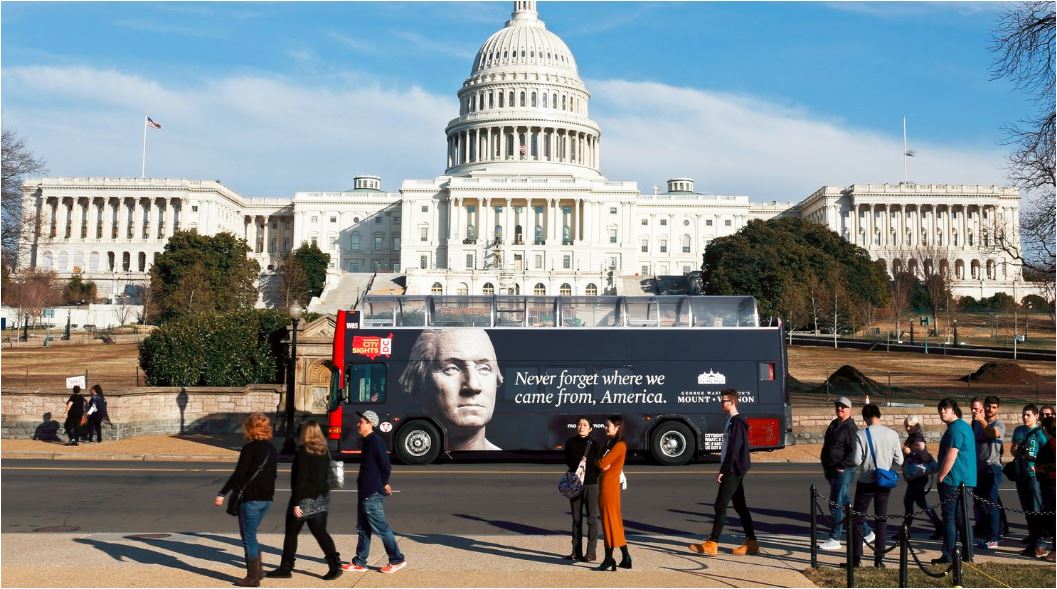 Vector Media and Branded Cities separately announced partnerships with distinct third parties bringing added value to clients with greater insights, more metrics and the ability to connect brands with consumers via mobile and social media influencers. It’s aggressive, smart thinking by each company, embracing new technology, software and data, important to their client’s and subsequently, their own success.

Branded Cities and NinthDecimal is a partnership that will empower brands to amplify their OOH campaigns with mobile advertising. Marketers will have the ability to create one-to-one conversations at Branded Cities’ OOH locations.

Vector Media has partnered with Influential, a technology platform based on artificial intelligence powered by IBM Watson.  With Watson, Vector can return to the brand based on the insights created by Watson to suggest partnering with specific influencers to promote an event, thereby extending the life of campaigns.

Too be clear, neither Company or announcement has anything to do with the other.  The timing is such, that the releases coincide and signal the importance of proactive companies ‘Branded’ and ‘Vector’, partnering with the likes of NinthDecimal and Influential, respectively, to deliver greater value and ROI for advertisers.

We believe both announcements shared together, carry greater Out of Home Industry impact than announced separately. What’s happening in #OOH, is not a tendance du jour or one OOH Owner going off the grid trying something new. This is the future of OOH, with progressive organizations pioneering the way.

This is the future of OOH, with progressive organizations pioneering the way.

We will be watching the two separate approaches with great interest and report on their progress and successes as they become available.

We have not even come close to fully describing the both companys’ partnerships’ opportunities and solutions.  Want to know more? Further reading on both Vector Media and Branded Cities are in the stories below.  Branded Cities first, followed by Vector Media.

“We are happy to partner with NinthDecimal,” said Steven Ellman, Chairman & Chief Executive Officer of BC. “For us, this is the natural progression of Out-of-Home’s drive towards extending reach, delivering measurable engagement and receiving more reliable analytics. By combining the ubiquity of smartphones and the influential nature of OOH, we will be able to magnify campaigns, connect brands to their target audience, and demonstrate how advertising on our OOH signage can drive in-store visitation.”

The partnership will allow advertisers to elevate the effectiveness of their OOH campaigns through NinthDecimal’s digital media extension to deliver actionable touch points to desired audiences across mobile and desktop. Additionally, NinthDecimal’s campaign measurement attribution solution, Location Conversion Index® (LCI®), gives advertisers a better understanding of who is being reached by their OOH campaigns and the resulting business impact. By quantifying the incremental lift in visits, brands receive valuable insights into their OOH campaign including its ability to drive customers to stores. This precise attribution can further be used to optimize future marketing spend and maximize effectiveness across metrics that matter most to the brand.

“We are thrilled to be partnering with the leaders in iconic Out-of-Home advertising,” said Michael Fordyce, CEO of NinthDecimal. “Marketers can now leverage NinthDecimal’s real-time engine of consumer behavior to help with their OOH planning, mobile media amplification, and attribution. Together we are unlocking the full potential of OOH campaigns to focus on driving visits and sales for true business growth.”

NinthDecimal measures more than $500 million in media spend annually. LCI is integrated with more than 250 partners. It has been the marketing measurement platform of choice for leading brands, agencies and publishers since 2013.

Vector Media, known for its digital and static out-of-home, as well as experiential advertising, has developed a business model to pull social influencers into the mix, thereby extending the life of campaigns.

Jim MacCurtain, Chief Strategy Officer of Vector Media, who recently joined the company from NBC Universal, estimates that social influencers add at least two months to the life expectancy of a campaign.

For Vector and its clients, the strategy required the formation of a partnership with Influential, a technology platform based on artificial intelligence powered by IBM Watson.

Marketers will spend about $10 billion in the next five years on influencer marketing, up from about $5 billion, according to Mediakix.

It is Vector’s way of connecting digital with the real world, said MacCurtain. “Once we understand the brand’s goals, we work with Influential to pull a brand’s social profile and a list of influencers that would work well with the brand,” he said.

MacCurtain said companies also can use Watson to measure specific metrics across a campaign, such as visits to physical locations and other types of behavior from consumers who saw a brand’s message during an event or through an out-of-home campaign.

If Vector knows a brand seems to attract women between the ages of 34 and 55, who like yoga and sparkling water, “we can go back to the brand based on the insights created by Watson to suggest partnering with specific influencers to promote an event,” explains MacCurtain.

Rather than viewing media as a one-off campaign, savvy marketers will lead with one type of media and combine others, such as cross-channel campaigns, he said.

Facebook’s image-sharing app Instagram is the most popular platform for influence marketing, according to eMarketer. Nine out of 10 worldwide influencers use Instagram for marketing campaigns.

Kalamazoo, This Agreement’s For You