This Mobile Billboard Campaign Found Itself on CNN 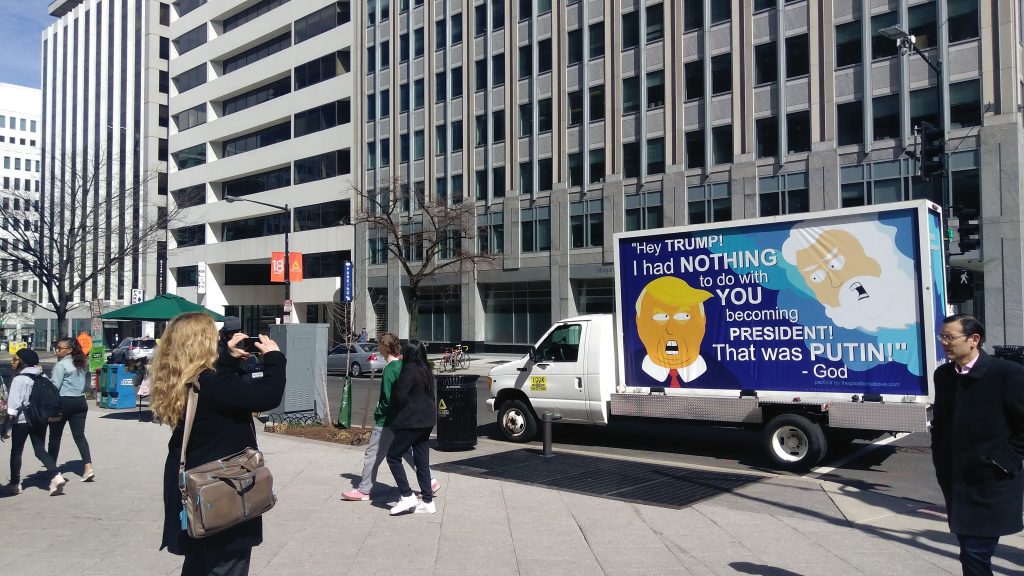 The Trump Mobile Billboard in DC

DC Mobile Ads/Look Mobile Billboards did a recent political campaign in Washington, D.C. The objective was simple: spread the political message to the city around high visibility places. The target locations included the monuments/museums where tourists flock, the government buildings that employ thousands of federal workers/elected officials and the downtown CBD during lunch hour.

Among the results was the appearance of the client billboard truck on CNN News. Earned media message at its best.

The message featured a cartoon image and somewhat good-humored quirky ad copy. As typical with a humorous ad, the billboard was photographed hundreds of times by passerby. It’s definitely an extra when your audience shares your message on social media and increase your reach.

What we did not plan for was a huge crowd of reporters at the US Federal Courthouse who were covering the sentencing of Trump associate Paul Manafort. The many satellite trucks and cameramen who spotted us, let the driver know an important event was taking place. It became an easy decision to make to “slow roll” this event  and borrow some of the attention, especially as the reporters waiting patiently were given an easy opportunity to provide impactful video “B Roll” for their news features.

Among the results was the appearance of the client billboard truck on CNN News. Earned media message at its best.

OOH TODAY believes all voices, not just the loudest, must be heard 4155 posts 562 comments

Negotiating OOH in a Vacuum