This is a very good poster that will never win an award.

If This Is A Blog Then What's Christmas?

A podcast and blog by Ben Kay, called, If This Is A Blog Then What’s Christmas? is brilliant and has been called by another blogger, “Endearingly Belligerent.” We have fallen in love with his work and want to share it with you.  His latest writing is of course, about #OOH. We hope you enjoy it as much as we do.

This is a very good poster that will never win an award. 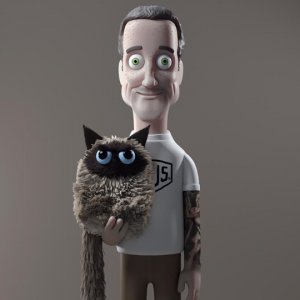 It’s a very poster-heavy city, mainly because it’s the epicentre of the entertainment industry, so we have dozens of movies and TV shows that require endless promotion. But beyond that there are plenty of lawyers, cannabis dispensaries and quasi-prostitution apps that need a bit of public exposure. And we all drive, so we’re all out and about, passing dozens of billboards even if we’re just popping out for a pint of milk (organic, gluten-free almond, naturally). 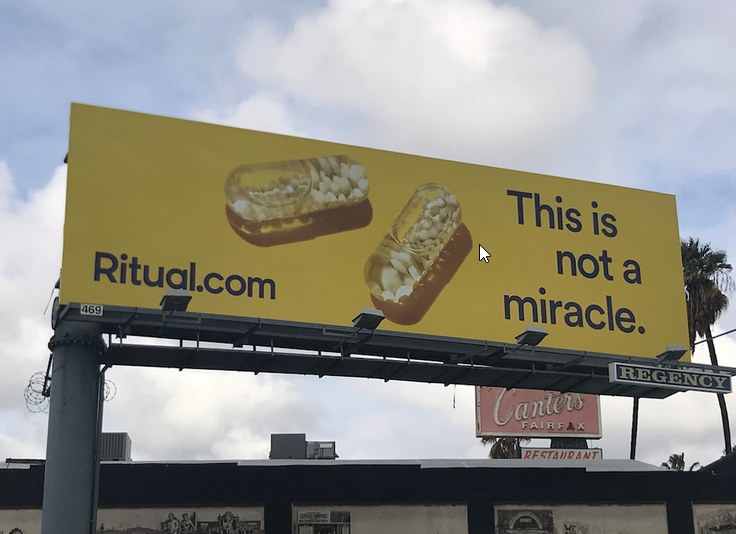 So it takes a lot for a poster to stand out. But the one above managed to do exactly that. Yes, I get that it’s not a Cannes/D&AD-friendly, conceptually tight masterwork, but we’re all grown-ups here; we realize that awards are just a bit of silly guff that’s of no interest to the real world.

So why is this good?

I was in the car with my wife, so she looked them up on her phone and sure enough, they’re selling a women’s multivitamin with yellow branding, premium packaging, and continued intelligent self-deprecation (‘For skeptics, by skeptics’).

Surprisingly enough, I’m not in the market for a women’s multivitamin, but that’s what happens with billboards: they’re seen by people who aren’t relevant to the message. However, I’m now a minor brand advocate. I’ve just spent twenty minutes writing this post. I’m going to promote it with a tweet and a LinkedIn post, and if the subject comes up, I’ll almost certainly mention it to any interested parties.

All that has come from a single, well made poster that won’t win any awards, but will do something even more important: it’ll sell multivitamins.

OOH Today note:  See more of Ben Kay’s work. His Apple billboards from around the world are fabulous work. I have never seen them before. You will enjoy. Link here  ⇒ Ben Kay portfolio

OOH Dubai Trip in May