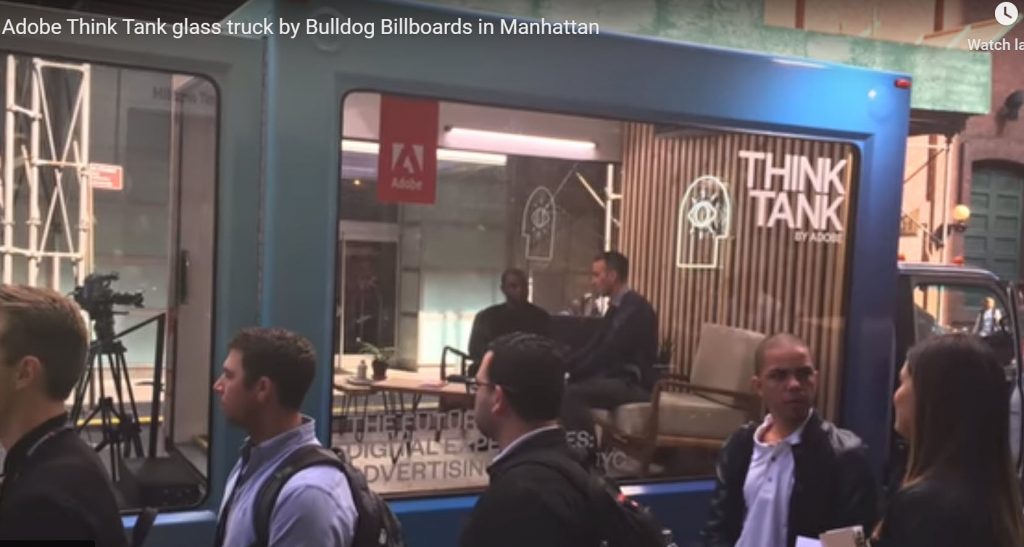 During Ad Week, at Times Center on 41st Street in New York City, the Bulldog Mobile Billboards glass walled truck was used to house Think Tank by Adobe for three days. With a talk show scene set up inside the vehicle, speakers from the Ad Week event were interviewed and live streamed during the convention. Outside of the truck four brand ambassadors were conducting hundreds of surveys with an app on hand held IPads while stationary IPad kiosks also were used by the public to conduct the surveys. Inside the convention halls, brand ambassadors collected photographs of attendees for the activation.

Bulldog Billboards shared this video of the action

OOH TODAY believes all voices, not just the loudest, must be heard 4737 posts 609 comments