OUTFRONT Celebrates Women’s HERstory Month with its “Lifted Up” Campaign

NEW YORK, NY –OUTFRONT Media Inc. launches its Women’s History Month campaign highlighting leading women across a diverse spectrum of industries. Our campaign titled, Lifted Up, applauds 40 of today’s leaders for the impact of their achievements, while also acknowledging those who helped make them possible: the women who came before. This messaging provides positive visual representation for future generations of women while also promoting the importance of female mentorship and support. 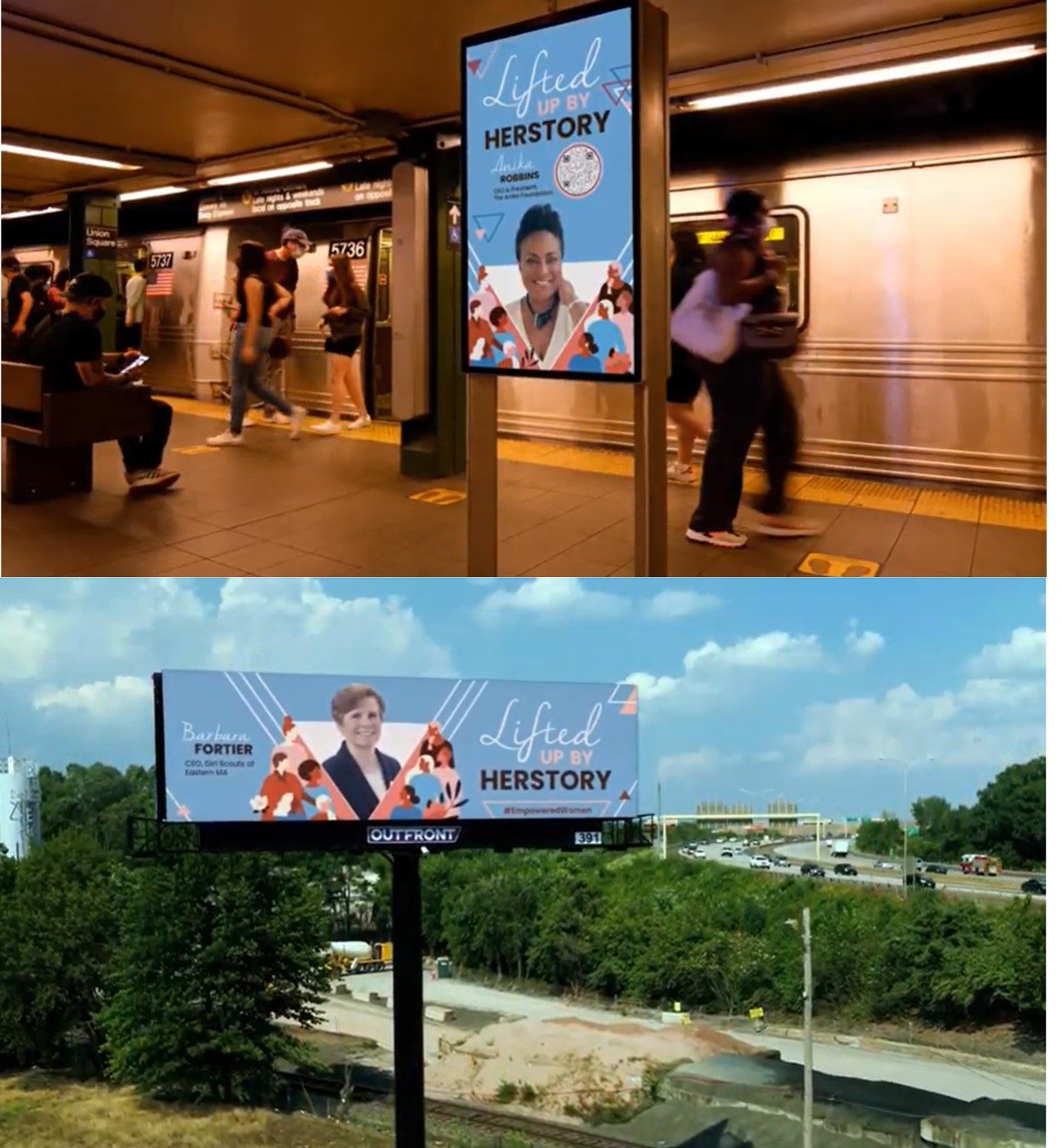 OUTFRONT STUDIOS designed the “Lifted Up” campaign that includes each woman’s name, career position and photo surrounded by illustrations of diverse women. The presence of a triangle as a framing device around each woman’s head references its use as a common symbol for womanhood, subtly speaking to identity, gender equality, and a fair balance between men and women in every aspect of our life – social, cultural, and personal.

“As leaders, we have a responsibility to elevate those around us,” said Jodi Senese, Chief Marketing Officer, OUTFRONT.  “But as women, lifting up one another takes on even more importance, and becomes our almost-sacred duty to each other. Our honorees in the ‘Lifted Up’ campaign represent that ideal, blazing their own trails while lighting the way for those who follow.”

To find out more information on the campaign and honorees, please visit: outfrontmedia.com/womens-herstory-2022. View the campaign on digital billboards and in transit hubs throughout the month of March.

About OUTFRONT Media Inc.
OUTFRONT leverages the power of technology, location and creativity to connect brands with consumers outside of their homes through one of the largest and most diverse sets of billboard, transit, and mobile assets in North America. Through its technology platform, OUTFRONT will fundamentally change the ways advertisers engage audiences on-the-go.