OOH People Moves is the place to recognize your employees’ accomplishments. Give your colleagues the recognition they deserve with a listing. It’s free!

OOH People Moves is the place to recognize your employees’ accomplishments.  The latest #OOH related changes.
Be the first to send your congratulations!

Congrats to Jamie Wood.  oOh!media’s Queensland market position is set to be bolstered with the appointment of former ARN Sales Director Jamie Wood as the new leader of its Queensland sales team. Read more on Wood bottom of the post.

Congratulate Lindsay Mazanek for being promoted to Sr. SEO Strategist at REQ

Congratulate Sarah Crandall for starting a new position as Director, Product & Memberships at The Forem

Congratulate Amanda Sheplee for starting as Advisory Board Member – WE.DOOH at DPAA

Congratulate Anthony Spina for starting a new position as Co-Founder at Sign of the Times, Inc.

Congratulate Nina Vaillancourt for starting a new position as Account Executive at Parkbench.com

Congratulate Bradley Richtman for starting a new position as Marketing Manager at
The LandTek Group, Inc.

Congratulate Dan Conrad for being promoted to Marketing Manager at EnergyPrint

Congratulate Alexis Thompson for starting a new position as Director of Business Development at Announcing Soon!

Congrats to Claudie Bélanger has left Eat It Up Media in Montreal to become the Directrice des ventes, Québec / Director, Sales, Quebec for Vertical Impression.

In depth on Michael Cooper 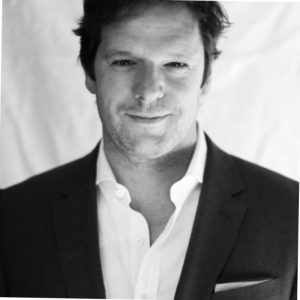 I was fortunate to work along side of Michael Cooper while we both were at Posterscope and continued our friendship while he was growing Rapport. A class act, very knowledgeable and professional leader in the Out of Home space. We wish him well.

Possibly the next CMO for OAAA? Wouldn’t that be great!

Michael Cooper in his own words.

In January 2013, I arrived in NYC, walked into small office allocated me in the far corner of a block near Grand Central and, started a business plan for Rapport Worldwide.

By July 16th of that year, we had finalized legal challenges, that tried to stop us trading, we had secured the global rights to the company name, and we had our first ‘Summit’, which consisted of about 9 people, whom I had convinced to join me in this crazy idea

July 16th, 2020, 7 years to the day from that first summit and, I close the door on my Rapport journey. Leaving a near billion-dollar company, with a footprint across 18 global markets. Infinitely more importantly, a team of the most incredible, talented, intelligent, dedicated, hardworking and fun people one could possible have the honor to lead, and who I know, guarantee the continued success of our little project. I thank each and every one of them, for putting their trust in me on this adventure.

So, time to kick back, try some nice wines/ tequilas, chill a bit, be a husband and a dad and, maybe ponder when and where to get it on again, and create some more magic.

oOh!media’s Queensland market position is set to be bolstered with the appointment of former ARN Sales Director Jamie Wood as the new leader of its Queensland sales team.

An experienced and respected industry figure, Wood will enhance the capabilities of the local sales team while delivering strategic leadership and building customer relationships across the portfolio.

He joins after several successful years at ARN, where he played an integral part in the network’s growth.

oOh! Chief Sales Officer Tim Murphy said the addition of Jamie to the team could not have come at a better time.

“We’re encouraged by the speedy rebound of audiences in some areas, having noticed a definite pick-up in market activity over the last few weeks,” Mr Murphy said.

“Bringing Jamie in at this juncture will enable us to capitalize on this upward momentum and engage with agencies and advertisers in really purposeful ways over the coming months.”

Mr Wood said that he was eager to get started with his new company.

“I’m thrilled to lead the Queensland sales team and drive our commercial approach forward at pace,” he said.

“There’s no doubt the past few months have been challenging for everyone, but I’m excited to harness oOh!’s unrivaled offering to continue to build the business and deliver market-leading results for our clients and agency partners.

“We will be focused on increasing our market presence and driving operational excellence across all aspects of our sales operations in order to realize the full value of oOh! in the Queensland market.”

He will start in his new role on 24 August.