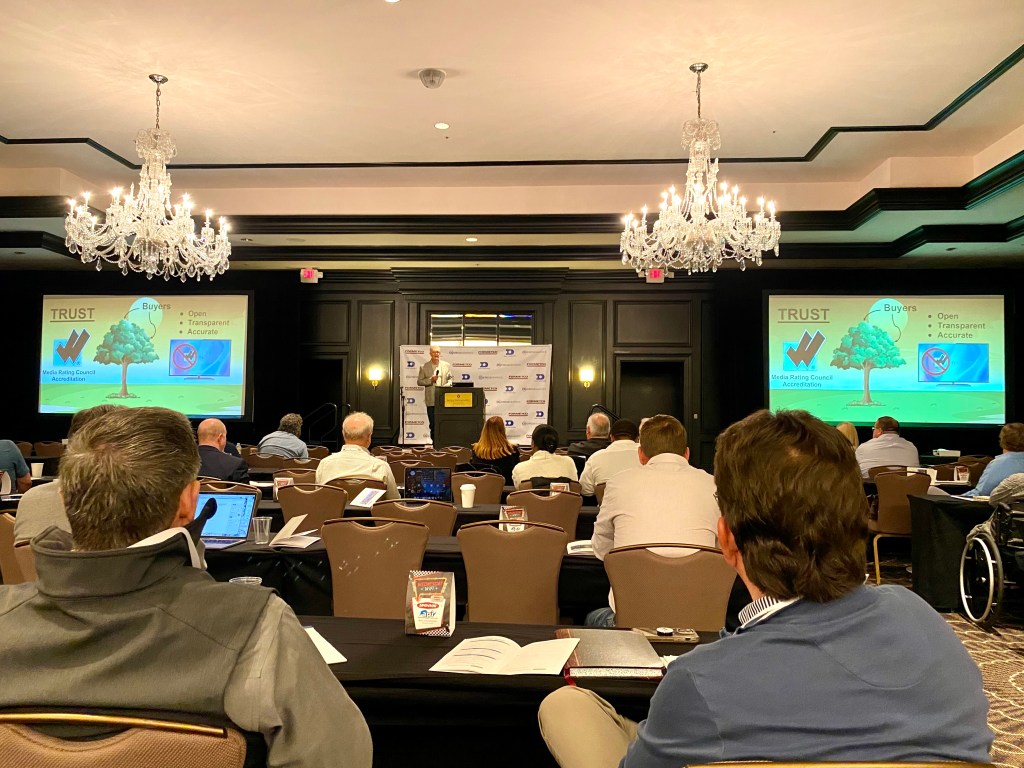 by Nick Coston, US Sales Director, The Neuron; Industry Humorist.

On location from the IBOUSA Conference in Kansas City

Sometime on Thursday morning, which if you’re on a normal sleep pattern, is today, I’ll be speaking at the IBOUSA Conference in Kansas City. I’m excited that this robust group asked me for a few minutes of industry insight, coupled with some shtick, to speak live. I’m thrilled. And I plan on giving the crowd their moneys worth.

But as usual, I plan on going off script. Just a bit. You see, my cheap, trashy fantasy from 6 years ago, was to actually speak at an OAAA/GeoPath Convention. I even had my opening all planned, sort of an improv, scare the hosts, where is he going with this, type of opening.

But that never came. So, no opening act in Marco Island in 2 weeks.  Even had my outfit ready, and a song in case Kym Frank was going to hurl herself on stage to join in. Another opening shtick fantasy of mine, never to be seen.

Unless you are attending this weeks IBOUSA Conference. That’s where you’ll witness the Kansa City version. Not Marco, not Boca, not LA, not Vegas nor New Orleans.

I’ll take it. You know what else I’ll take? The crowd. It’s smaller, a little older, but very very wise. And mostly OOH media owners, who mostly came up thru sales. Hardcore, ad sales. Where the money comes from.

Three years ago, as a media buyer, I ran a contest among all the sales people I was working with and buying from. The best of the best salespeople would be the big winner. They would have a paid trip to the upcoming OAAA/GeoPath Convention, at my expense. Like being awarded a scholarship. So in 2019, I had my first winner. Many of you met Kurt from Eastern Outdoor, that lucky stiff, in Las Vegas. For 2020, I ran the contest again, the winner this time was Dave, from Clear Channel. Another lucky, and well-deserved stiff.  We never made it due to Covid. Nor did we come close again in 2021.

And as far as I can see, no other agency or media buyer has joined in with a similar contest. Just little ol’ me. I received a lot of positive comments back in 2019 on having such a guest, an award winner, as Kurt was. I was impressed with the compliments I received and was hoping I was onto something I would do every year. I also hoped that other agencies or OOH company would join in and treat their best rep.

But nobody followed. This year, maybe some company will pick up the concept of awarding a best salesperson, we’ll find out soon, won’t we?

In the meantime, when I open my remarks Thursday morning in Kansas City, it will be the opening I had envisioned for the bigger, more glamorous OAAA/GeoPath Convention. It will be aimed at all the missing salespeople that aren’t invited or attending the upcoming Marco Island event. It will play way better in KC where they appreciate the sales side of our industry. And as what I try and accomplish when I write, it’ll be to make a point. But for this crowd, it’ll be to show a different point then it would’ve from the bigger show.

Because we all know, as the saying goes, nothing happens until someone sells something.