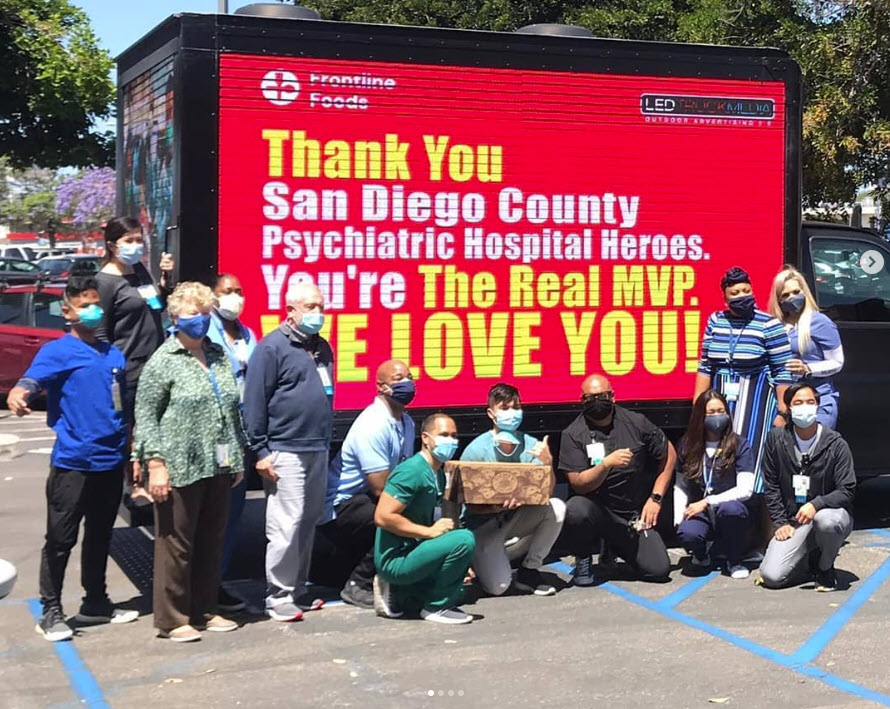 SAN DIEGO – LED Truck Media, a digital mobile billboard agency, and iHeartRadio’s Geena the Latina and Frankie V Show on 93.3 FM are teaming up to aid area small businesses with free exposure on the company’s digital billboard trucks this weekend.

LED Truck Media co-founder Julie de Souza said the agency plans to use the power of digital advertising to help small businesses overcome the double whammy of Covid-19 and vandalism that broke out after the death of George Floyd.

“This is a difficult time for small businesses in this country. They need advertising more than ever, but many are not able to spend resources to do so. “This is our way of lending a hand,” she said.
IHeartRadio’s Geena the Latina and Frankie V Show on 93.3 FM airs weekdays from 6-10 a.m.
The hosts are soliciting businesses to participate in the advertising program on-air and on their
website.

About LED Truck Media
LED Truck Media is an advertising agency specializing in Digital Out of Home advertising. The
agency’s DNA comes from a branding and marketing heritage. LED Truck Media’s national truck fleet operates in multiple major metro markets. The agency tracks real-time data about the audience, impressions, and how ads are reaching the market located within 300-feet of the truck. Featuring super-bright LED displays on three sides of the vehicle.