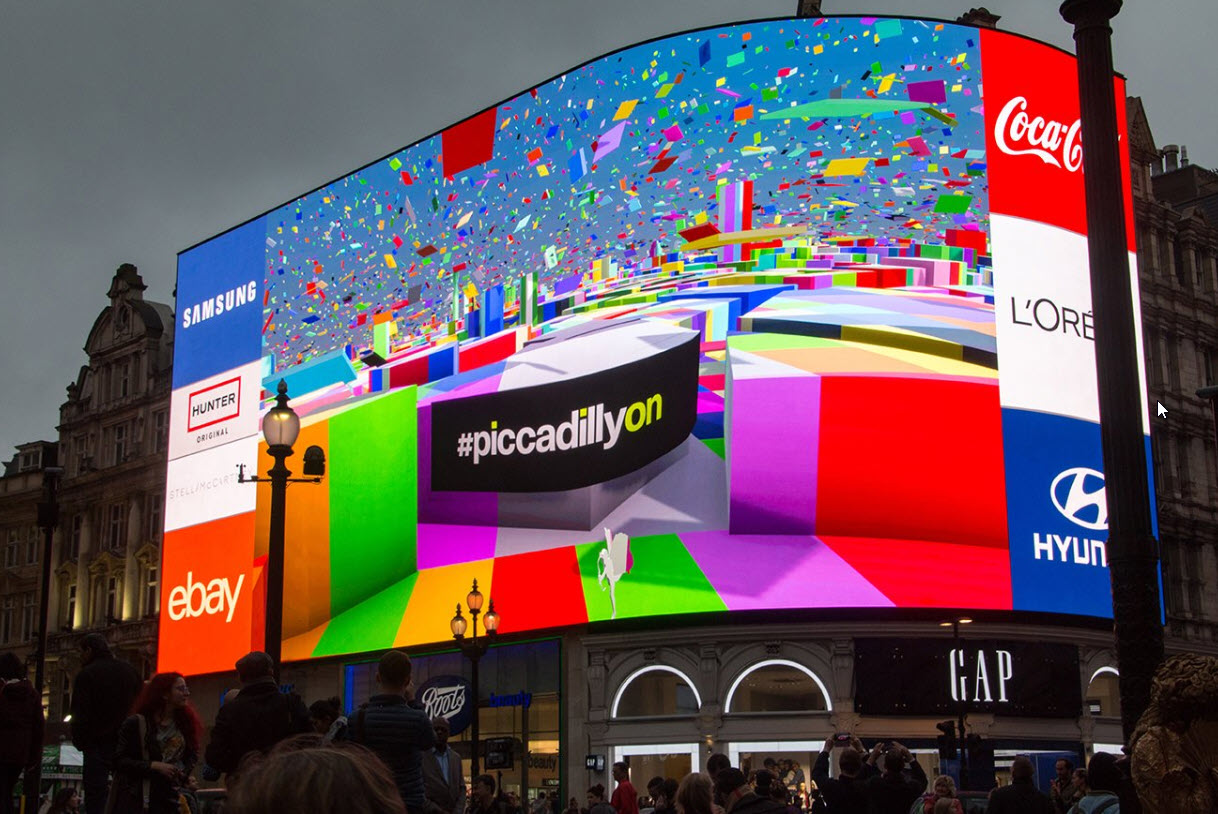 We're at the @fepeOOH International Congress in Sorrento, stop by and help us celebrate our 50th Anniversary! #Dak50 #FEPE18 #DOOH #OOH pic.twitter.com/c56vgLs2zp

Joni Schmeichel, Out of Home Strategic Marketing Manager, Daktronics,
Sioux Falls, South Dakota was at the #FEPE18 Convention in Italy.

Joni ‘stars’ in a 16 second video-see above. 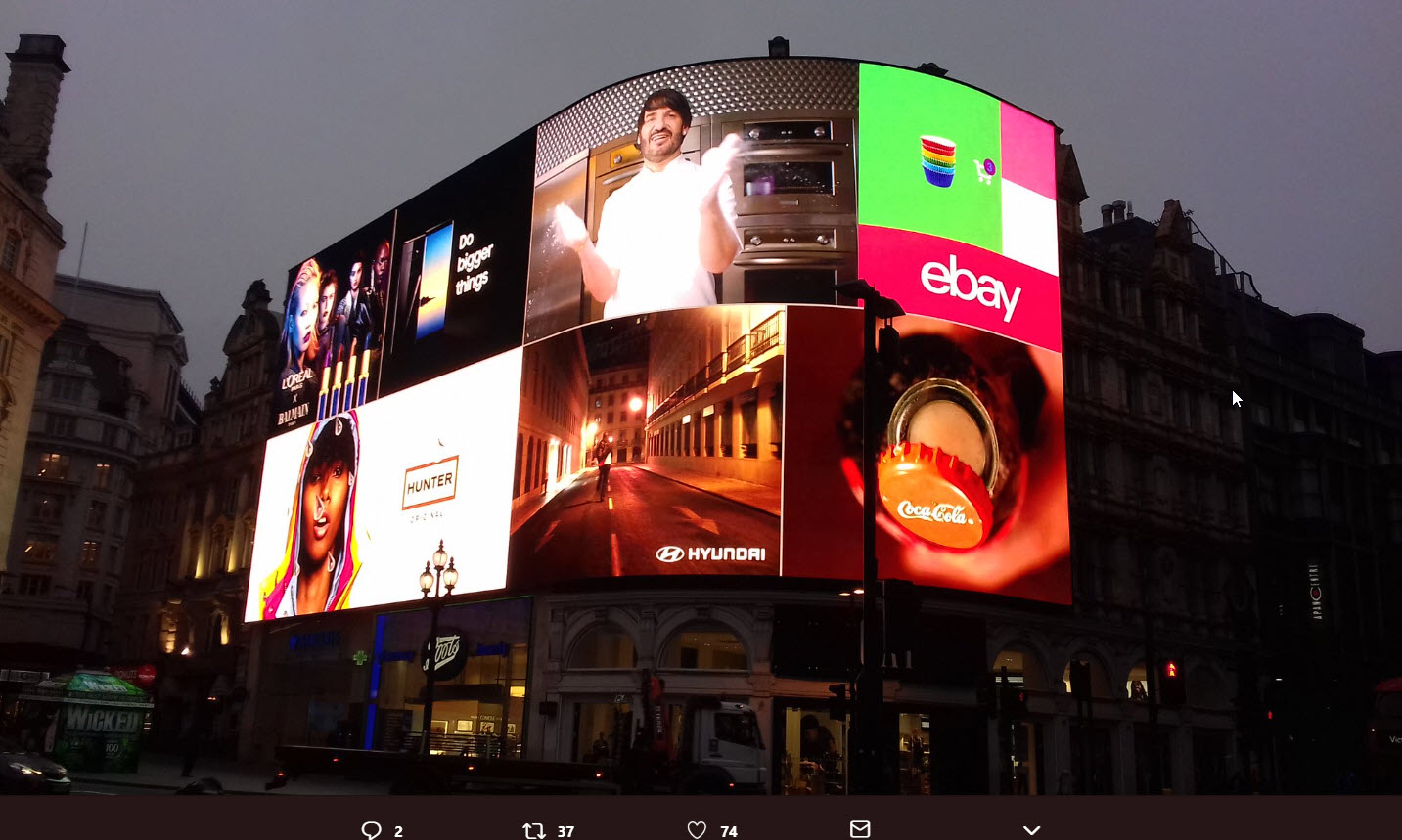 #Piccadilly Circus is one of London’s busiest intersections, with an estimated 100 million people passing through it each year, making it prime advertising space.  Piccadilly is like our Times Square. #PicadillyLights is the 4th most visited tourist site in London.  “The Piccadilly Lights have been one of London’s icons for over a century, and is so good, that it must be seen when visiting the area.  The #OOH sign is owned by Landsec, and managed by Ocean Outdoor.

Initial advertisers were brands, Coca-Cola, Samsung, Hyundai, L’Oréal Paris, eBay, Hunter and Stella McCartney, displaying on the new screen.  The digital segments allow a single brand to appear on-screen after every ten minutes for almost thirty seconds.  For the rest of the time, the 8500 square feet screen is divided into six screens and displays videos, sports, and social feed.