Is the Retail Apocalypse Real?

As a leading indicator, the numbers are quite stark; the total quantity of retailers vs. all other types of stores in PMD Media’s independent storefront network has been decreasing, fast.

PMD is an excellent source of information on this front. Our field personnel have visited dozens of cities, hundreds of neighborhoods and tens of thousands of retailers in person over the last four years. We can piece together a narrative about the current state of real-world retail like few others.

What’s been the cause of this decline? Is there a general trend for brick-and-mortar shopping moving online? Are the Covid-19 ramifications of the e-commerce surge still being felt? And is this a trend that is increasing or decreasing as we move further away from the pandemic economy to normalcy?

To be fair, the movement in retail was going on long before March 2020.

Offline to Online and Back Again

No one company has been more responsible for the move to the online world of e-commerce than Amazon. The company made shopping so easy, and shipping so fast, that over 148 million Americans are members of Amazon Prime – that’s almost 50% of the entire U.S. population. 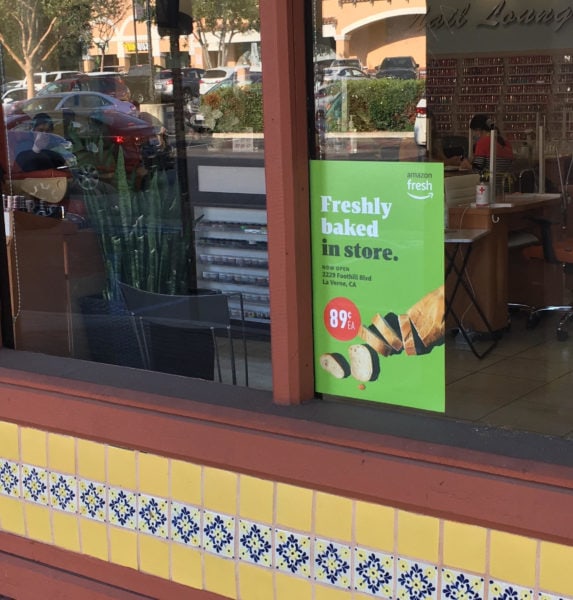 Amazon is also arguably the world’s most advanced online retailer, its retail media network is the gold-standard for RMNs and pulls in billions of dollars a year with highly sophisticated customer targeting.

Bucking the current retail trend, Amazon is opening brand new brick and mortar grocery stores. Amazon Fresh, as they are called, are physical grocers, with advanced “just walk out” technology, where you don’t need to check out. Amazon just knows what you have in your shopping cart and charges your credit card on file. (note to would-be thieves: no shoplifting possible)

Marketing for these brand-new, tech-advanced stores is equally interesting. Amazon is taking a low-tech approach with a large portion of their marketing budget, with storefront billboards and custom creative pointing people to the store locations. Old-school sales offers and shopper specials are displayed to bring people to the store, just the way grocery retailers have been advertising for generations. 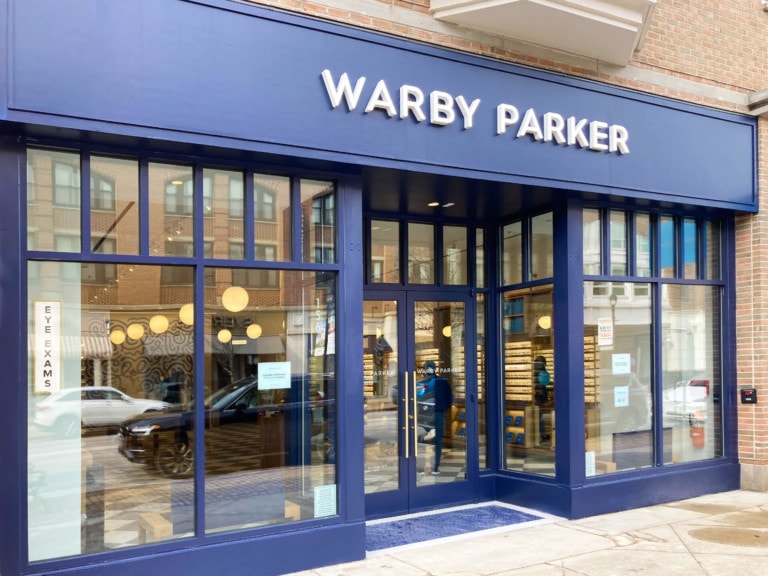 is another online retailer that has since moved to the real world. Having launched as a fully-online eyeglass store, it’s telling that most of its business is now done in over 150 brick and mortar locations across the country. Founded in 2010, home try-ons were Warby’s thing, before D2C was even a term. You could order 5 pairs of frames to your home or office, try them on, and then decide which you liked best.

Now, Warby customers can walk into a store and try on 50 pairs, and see which they like best. Talk with a living person, and ask for professional advice face-to-face.

The View from the Ground

From what PMD Media Brand Ambassadors have witnessed firsthand in more than 60 cities in the past 12-48 months alone, there are many more vacant retail locations across the U.S. than in years past. While some cities have fared better than others, the major coastal metro areas of New York and San Francisco are much worse off than smaller markets, seeing midtown vacancy rates as high as 30%. Markets such as Nashville and Austin are doing far better, with only 3-5% vacancy rates.

Since the pandemic, there’s been an acceleration towards moving to online retail, but the numbers seem to suggest a stabilization lately, especially since people have been flocking back to the physical world after having been locked at home for two years. Being able to touch a product for sale, see it in person, and talk with a salesperson face to face, is now seen as a luxury. I’ve often found myself picking my phone up to buy something, and instead have gotten off my butt, jumped in my car and went to the local store.

Is the Retail Apocalypse upon us? Maybe. Or possibly, there are just more choices out there now. The miracle of in-person shopping is still here, and I would argue, here to stay.

You know exactly what toothpaste you want after having bought it 100 times before? An online store may be the best choice for you. Have a desire to sit on that couch to see if it’s comfortable before you have it shipped to your home? A brick-and-mortar location is still the best choice.