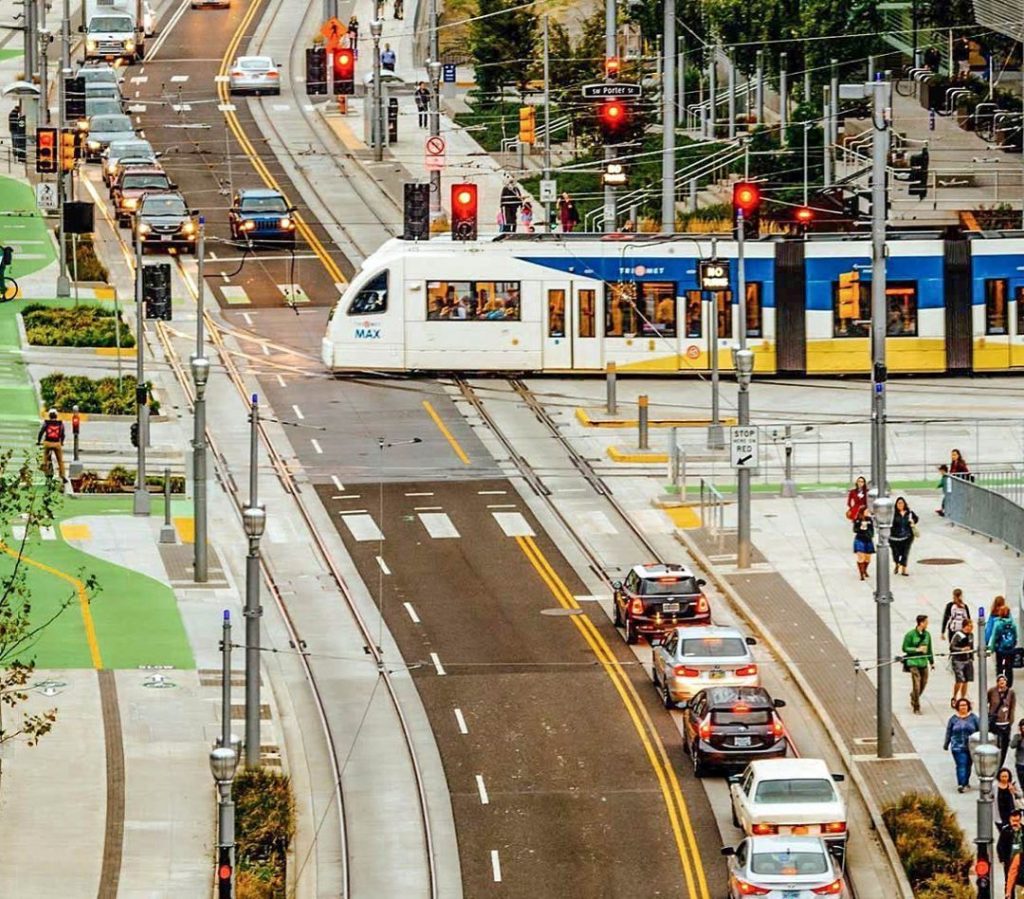 Portland, OR – Intersection, the leading smart cities media and technology company, today announced that it has been awarded a five-year contract (with two-year option) to sell bus, rail and paratransit advertising across TriMet’s public transportation system in Portland, OR. Intersection will work with TriMet to drive revenue for the transit agency through Intersection’s suite of media products, including vehicle exteriors and interiors, bus shelters, benches, murals, elevator wraps, and other ad formats across more-than 700 buses, 145 light rail vehicles, 296 paratransit vehicles, 553 benches, 118 ad shelters and 94 stations.

Portland is regularly ranked in the Top 10 places to live in the US and is known for its eco-friendliness, creative culture, and rich coffeehouse and microbrewery scene. This environment presents a special opportunity for local, regional and national brands to reach both passengers and passersby as they travel throughout the Portland metropolitan area each day. With media available in key areas across the city and surrounding areas, Intersection will enable advertisers to tap into Portland’s unique energy and numerous cultural moments to reach their target audiences.

“With access to incredible natural resources and renowned food, music and art scenes, Portland residents and visitors thrive outdoors, making it one of the best cities in the country for advertisers to reach consumers in public space,” said Scott Goldsmith, President of Cities & Transit at Intersection. “We are proud to partner with TriMet to drive revenue for the transit agency and help brands connect with audiences in such a dynamic city.”

“Advertising on public transit has long been a cost-effective way to reach large, diverse audiences, and is simple to execute and hard to ignore,” said TriMet General Manager Doug Kelsey. “TriMet looks forward to a successful partnership with Intersection, together offering media opportunities across our 533-mile service district and to a region of more than 1.8 million people.”

TriMet joins a rapidly expanding network of cities, transit agencies, airports and real estate developments leveraging Intersection’s media assets to engage consumers and drive revenue that can be reinvested back into their operations. With the addition of TriMet to Intersection’s portfolio, advertisers can reach millions of consumers across the west coast seamlessly, from Seattle to Portland, San Francisco and Los Angeles.

About Intersection:
Intersection is the leading smart cities media and technology company, improving the experience of public space through technology and enabling brands to reach audiences on the go. Intersection’s media network includes the top U.S. DMAs and reaches over 50 million people through more than 400,000 digital and static assets nationwide. Visit www.intersection.com.

OOH TODAY believes all voices, not just the loudest, must be heard 3661 posts 538 comments