A DOOH First for the Financial Sector 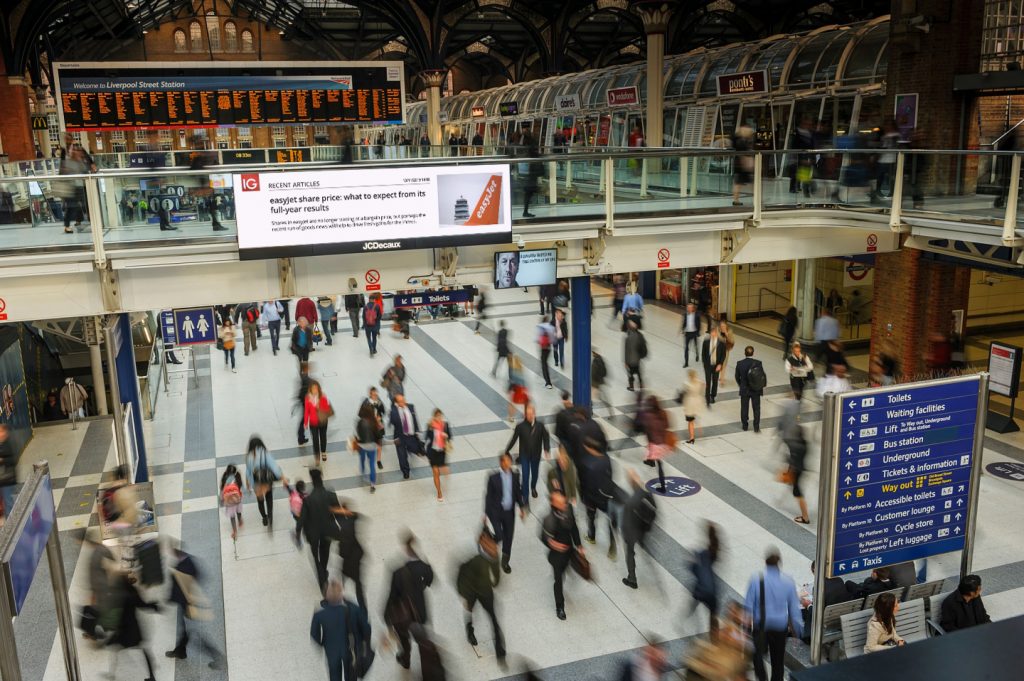 IG, the leading UK-based financial trading company, has launched a digital Out of Home (DOOH) branding channel to bring breaking news to commuters in and around the city, and the heart of London’s financial district.

A DOOH media first for the financial sector, this long-term initiative is produced by Grand Visual, planned and booked by JAA Media and Talon, and runs on JCDecaux’s large-format  Motion@TheCity network until 27th April 2020 inclusive. See the 19 second video below

London, UK —This week, IG, the leading UK-based financial trading company, has launched a digital Out of Home (DOOH) branding channel to bring breaking news to commuters in the city. A DOOH media first for the financial sector, this long-term initiative is booked to run on JCDecaux’s Motion@TheCity network until 27th April 2020 inclusive.

Elaine Bramall, UK Senior Marketing Manager at IG, said: “DOOH is the perfect channel for IG to bring targeted news to the heart of London’s financial district. Dynamic updates keep content fresh and engaging so it remains relevant throughout the campaign duration.”

Ric Albert, Creative Director at Grand Visual, said: “DOOH is the perfect medium for IG to deliver up-to-date news and insight direct to commuters in London’s financial district. The DOOH activity is intelligent, dynamic, and seamlessly integrated with the broader campaign.”

James Sibree, Account Director, JAA Media, said: “This campaign is the result of a close collaborative team of agencies and the outcome is a fully integrated digital Out of Home campaign that emulates the content and display partnerships IG have across key press titles in a campaign that reaches audiences at home, at work, and on the go.”

About Talon
Talon Outdoor is a truly independent Out of Home media specialist and a significant player in the Out of Home agency sector with a focus on delivering smarter, creative, technology-led and integrated