We liked this story so much, we are publishing again.  Actually, received new photos to share with you as well.  This is a must stop for us on next trip to Phoenix. Sorry OUT, not to see the billboard but eat at the restaurant!

The tasteful design, created by OUTFRONT Studios, OUTFRONT’s in-house creative studio, includes Babbo’s spaghetti that extends out in front of the display by two feet, and an LED backlit dish that entices commuters on their way home to eat like an Italian. Inspired by the Babbo’s award-winning interior design, OUTFRONT Studios crafted a display that aligns with the brand and expresses the passion that goes into creating Babbo’s classic dish.

“The OUTFRONT Studios creative team was eager to work with Babbo to create a design that shared their story and history in a way that raised awareness around their passion for classic Italian cuisine,” said Dave Wood, Regional Vice President at OUTFRONT Media. “Our out-of-home assets continue to be great platforms for engaging large audiences on the go. We were ecstatic to help illuminate this local Phoenix treasure.”

“Our out-of-home assets continue to be great platforms for engaging large audiences on the go. Dave Wood, Regional VP, OUTFRONT 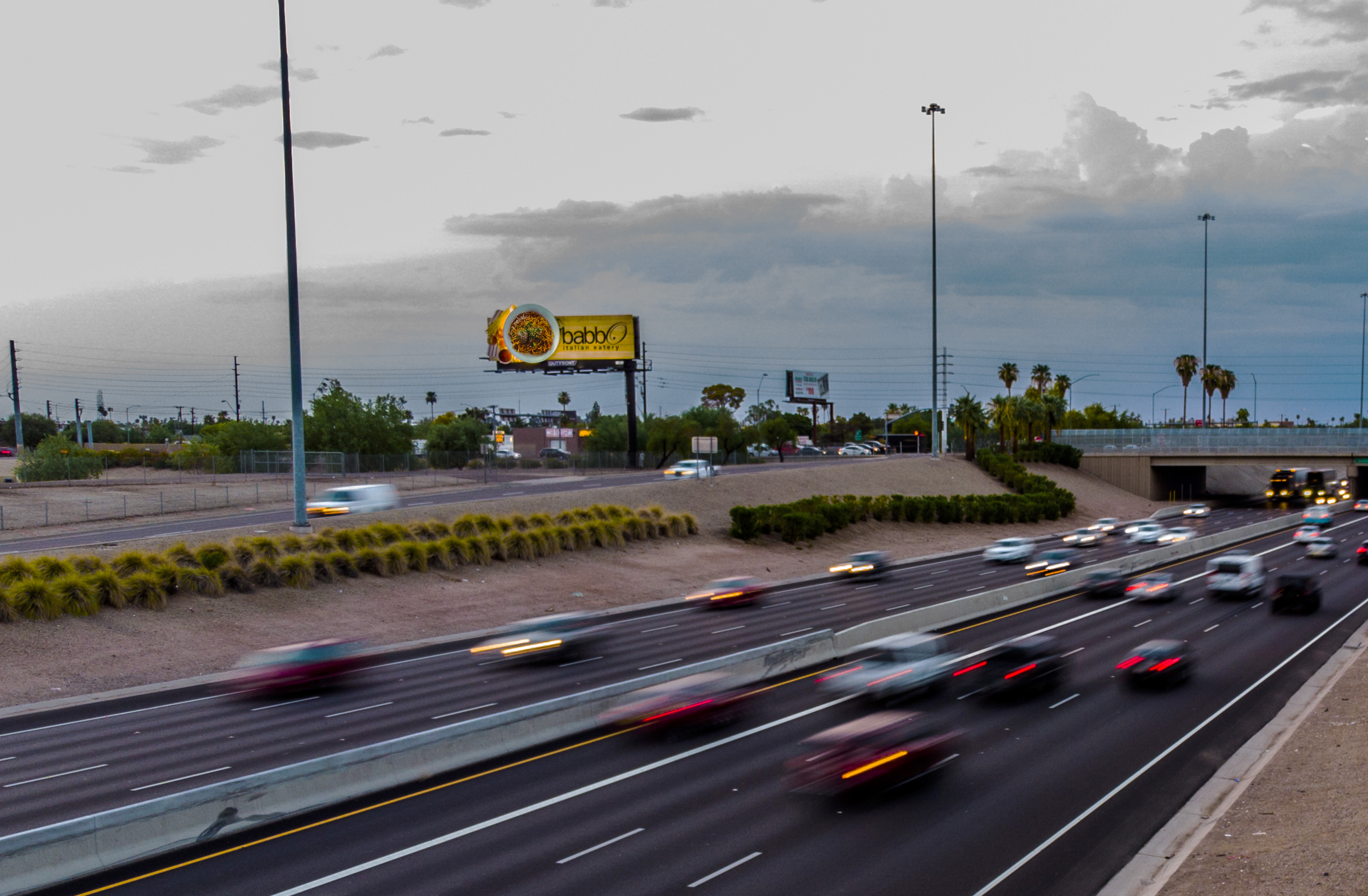 Located on I-17 heading north near Thomas Road, the creative runs through the end of the year highlighting the visual diversity the #OOH medium affords brands.

“We are passionate about making the best spaghetti and meatballs in the city and wanted to get the word out in a big way. No better way to get the message out then a billboard with a giant 3D plate of our classic Italian dish!” said Ken Pollack, Owner of Babbo. “The display has only been up for a few days, and already we have people coming into the restaurant saying they saw our billboard, and it reminded them to come in and have their favorite Italian meal.”

“No better way to get the message out then a billboard with a giant 3D plate of our classic Italian dish!”  Ken Pollack, Owner of Babbo 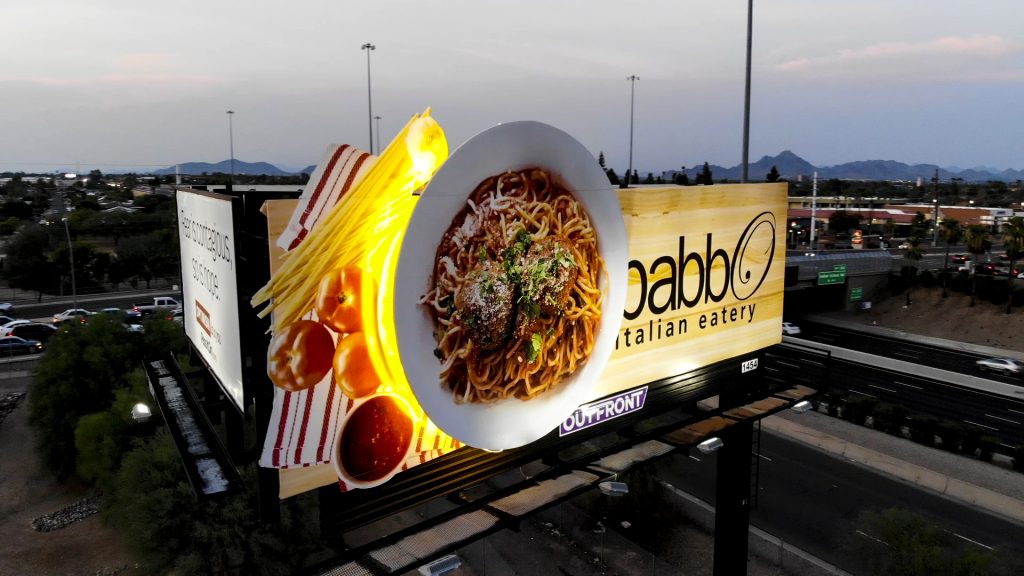 About OUTFRONT Media Inc.
OUTFRONT Media connects brands with consumers outside of their homes through one of the largest and most diverse sets of billboard, transit, and mobile assets in North America. Through it’s ON Smart Media platform, OUTFRONT Media is implementing digital technology that will fundamentally change the ways advertisers engage people on-the-go.

The First Hands On Safety Training Program for Billboard Operators is Here!