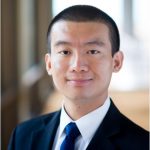 In the wake of the Facebook-Cambridge Analytica data leak scandal followed by another massive data breach in September, the data collection and protection policies of Facebook have come under intense scrutiny. As part of a formal investigation into the practices of the social media giant, the U.K. Parliament recently released a trove of internal Facebook emails revealing that “the company’s executives were ruthless and unsparing in their ambition to collect more data from users, extract concessions from developers and stamp out possible competitors.” Whether this new round of revelations constitute legal wrongdoing remains debated, but more fuel has been added to the fire on the growing controversies in tech.

Other prominent names of Silicon Valley have not been spared. According to a stunning Wall Street report:

Google exposed the private data of hundreds of thousands of users of the Google+ social network and then opted not to disclose the issue this past spring, in part because of fears that doing so would draw regulatory scrutiny and cause reputational damage.

The revelation of an attempted coverup and the resulting fallout quickly lead to Google’s decision to shut down Google+ (over the next 10 months) in an attempt at damage control. Other controversial Google practices such allowing third-party apps scan Gmail data continue.

These actions have not gone unnoticed by government regulators, competitors, and ordinary folks on the street. According to Pew Research findings from June 2018 (*before* these scandals broke out), public trust in tech companies was already low:

tech companies that make privacy and encryption the centerpieces of their business model … are gaining in popularity.

As concerned citizens search for alternatives to Google and other dominant platforms, tech companies that make privacy and encryption the centerpieces of their business model such as DuckDuckGo for search engines and Lavabit for email are gaining in popularity.

On top of market pressure, new laws favoring stronger privacy protections such as the European Union’s General Data Privacy Regulation (GDPR) have already changed the rules of the game. Multinational firms quickly learned that it’s no longer business as usual. Even companies that do not have a global footprint realized it would be wise to adjust their data collection practices. With California and Vermont passing their own set of comprehensive data privacy laws this year, and as tech companies warm up to federal regulation, smart business leaders be would best to prepare (if they haven’t already) for the new data privacy landscape.

The out-of-home (OOH) industry especially is in good position to benefit. By their inherent design, static billboards and other forms of #OOH advertising do not collect data that can run afoul of data privacy/collection laws (which is perhaps why digital-savvy companies such as Netflix are investing heavily into traditional OOH advertising). But one of the biggest market pains in the OOH industry is determining a good ROI in regards to ad spend, and when OOH owners and advertisers explore the myriad of data analytics options available to enhance their existing business, they should be aware not all are equal when it comes to effectiveness, reliability, and compliance with GDPR and other new privacy laws.

While every business and its employees should care about legal compliance and whether their actions will result in more for their bottom line, they can do even more to make the world a better place by embracing “higher purpose, stakeholder integration, conscious leadership, and conscious culture and management” as advocated by the practitioners of Conscious Capitalism. With the rise of global, socially conscious consumers, especially among Millennials, choosing to do the morally right thing is both good ethics and good business.

In the post-GDPR, post-Snowden world, people are beginning to rediscover the value of privacy that goes beyond money: a fundamental human right that extends beyond the U.S. Bill of Rights through the struggle for freedom that goes back centuries. As summarized by W. Scott McCullough, a prominent privacy advocate and tech attorney in ATX:

Given the cultural zeitgeist and our blessed heritage of living in a free society, (re)embracing the fundamentals of privacy should be at the forefront as we continue to reap both the fruits and new challenges accompany every technological innovation.

Aaron Tao is a Product Manager with Abraxas Technology.
Reach out to us today if you want to get the best data analytics solution that is compliant with GDPR and the strictest privacy standards. Email JLawton@abraxastechnology.com.
Follow us on Twitter @Abraxas_Tech.