‘Devil’ Defaced Billboards for ‘The Chosen’

“Defaced” billboards across the country caused quite a stir with fans of the show The Chosen last week. But what appeared to be “vandalism” was actually a creative marketing ploy by producers to stir up some show converts. 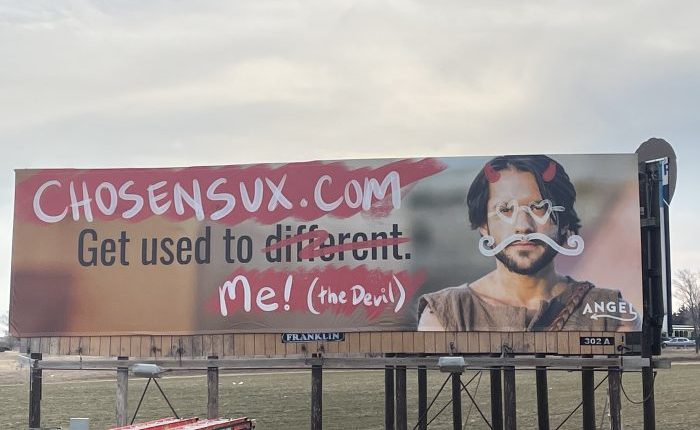 Six weeks ago, billboards across 16 markets featured “traditional” creative advertising The Chosen. Then the creative was switched to the defaced versions last week, mocking The Chosen and driving traffic to www.thechosenisnotgood.com, a purposely primitive website designed by the “devil.”

This week, producer of the show apologized to fans fooled by the billboards, but we’re all here talking about the show so the ploy seems to have paid off.

Angel Studios is a community-driven movie studio that empowers audiences to decide what content gets produced and distributed, while creating communities around each project. Creators pitch projects on the Angel platform, and “Angel investors” fund the ones they’re most excited to see (via the Angel Funding Portal). Post-production, content is delivered directly to viewers and goes viral as fans share it with others.

The Angel model has already produced three of the most successful crowdfunded shows of all time, including:

Creative vs. Location: For a Successful OOH Campaign, which is More Important?