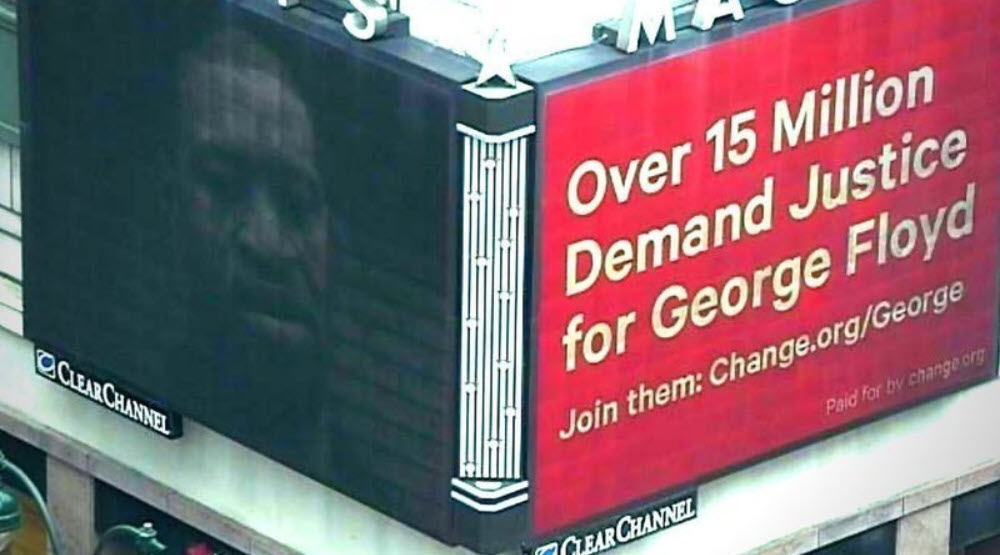 Petition platform Change.org made its largest ad buy of 118 billboards starting last week throughout the US calling for “Justice for George Floyd.” Focusing on cities with the highest concentrations of petition signers the bright red digital billboards to date have appeared in cities across the U.S. including San Francisco, Houston, Atlanta and other locations.

In addition to the digital displays, Change.org ran similar ads on taxi tops in New York City. The campaign directs people to the website change.org/George where they can still sign the petition.

Donations helped support the Change.org campaign which was designed in-house.

If you have or seen one of these designs in your market, please share with us at billboard@OOHToday.com

Seedooh Expands with LIVE BOARD in Digital Out-of-Home Network