The all-cash deal adds 21 iconic billboard faces to BC’s collection of high-impact signage. The billboard inventory is concentrated throughout the heart of the downtown core in Chicago.
“We are delighted to add these high-quality assets to our portfolio and further Branded Cities’ mission of bringing our partners the most spectacular advertising opportunities in the top markets of North America,” said Steven Ellman, Chairman & Chief Executive Officer of BC. “Chicago is a key media market and the visibility of these signs will allow brands to deliver meaningful and engaging content to audiences throughout downtown Chicago.”

Red Star Outdoor is an operator of Out-of-Home signage in the Chicago market and is known for offering some of Chicago’s most exclusive billboard opportunities. “Since 2001, Red Star Outdoor has grown its billboard business with a Chicago-first mentality and an eye for the best locations for advertisers,” said Dean Manone, Partner of Red Star Outdoor. “Steve and his team at Branded Cities now have the ability to offer scale at a national level while keeping to their roots as a spectacular and iconic media company.”
Financial terms were not disclosed.

OOH Today knows Red Star’s Inventory. They are some of the best locations in the Chicago market place.
We are not aware of the actual 21 locations which were transacted. It is great acquisition for Branded Cities.  Congrats to both parties. 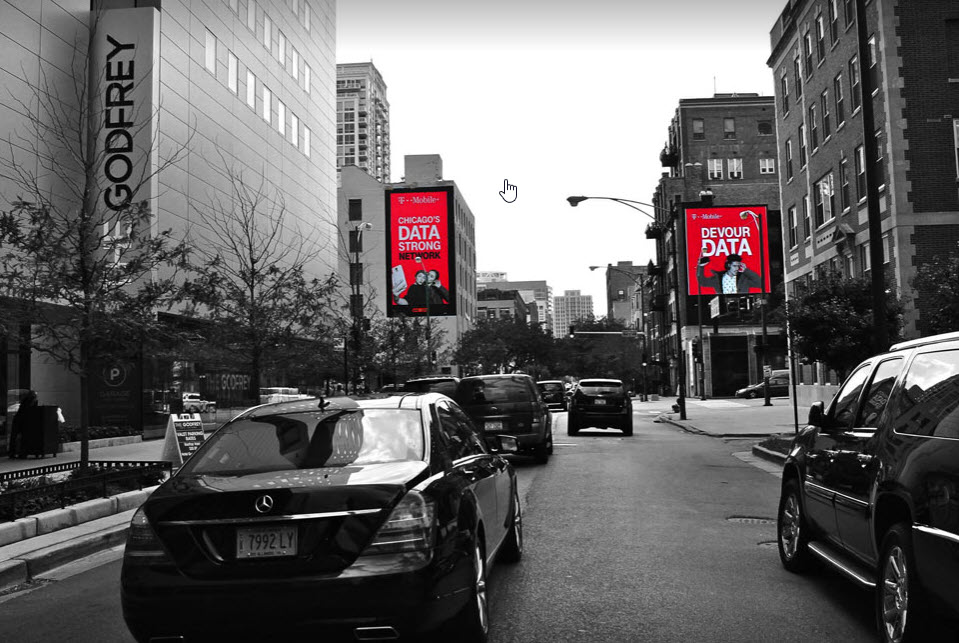 About Branded Cities: Branded Cities, which is owned by EL Media and Shamrock Capital, is a leading Out-of-Home media company with an integrated network of premier digital and static signage across North America. Our digital and static media platform spans across some of the largest markets in the United States and Canada (New York, Los Angeles, Chicago, Philadelphia, Toronto, Vancouver, Montreal, and many more) and is situated in the country’s most valuable Out-of-Home environments such as, Times Square, the Las Vegas Strip, West Hollywood, Union Station, Yonge – Dundas Square, and Canada’s leading shopping centres.

About Shamrock Capital: Shamrock is a Los Angeles-based alternative investment firm with approximately $1.9 billion of assets under management, investing exclusively in the media, entertainment and communications sectors.