‘Awkwafina is Nora From Queens’ on Comedy Central, Nora conducts the train that runs through the heart of Queens. 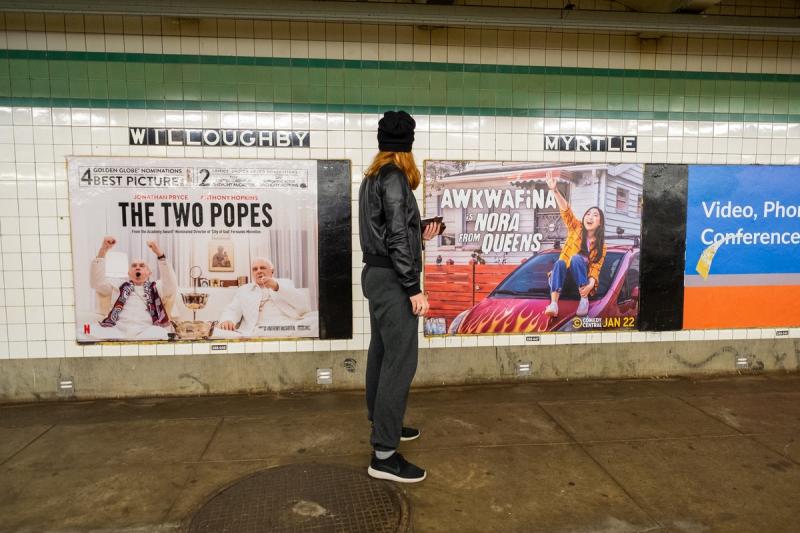 THE NEXT STOP ON THE 7 TRAIN IS…LIT?

Awkwafina is Nora From Queens premieres January 22 at 10:30 p.m. ET/PT on Comedy Central

NYC – Comedy Central, in partnership with the MTA, today announced Golden Globe-winner and Queens native Awkwafina is taking over as MTA New York City Transit’s subway guest announcer, becoming the voice of the Flushing 7 Line. Through a dynamic partnership with OUTFRONT Media, the advertising partner for the MTA, and Posterscope, 7 line commuters will hear the first celebrity announcer of this MTA pilot program. Beginning today, the voice of star of the upcoming Comedy Central series Awkwafina is Nora From Queens can be heard announcing each station arrival, along with other various prompts, running across all 22 stops from Flushing-Main Street (Queens) to 34 St-Hudson Yards (Manhattan) through January 22.

“What better way to celebrate the premiere of “Awkwafina is Nora From Queens” on Comedy Central, than having Nora herself voice the train that runs through the heart of Queens. We’re thrilled to have such collaborative partners in Awkwafina and the MTA to help bring this fun and unique concept to New York City commuters,” says Josh Line, Executive Vice President, Marketing, Creative and Digital for Comedy Central.

“New York City Transit is excited to be piloting celebrity train announcements with Comedy Central and Awkwafina.  We are exploring new and different ways to generate much needed revenue, while also surprising and delighting customers.  Our focus will always be to run the trains safely and on time, and if a well-known voice can bring attention to in-car messaging, we are all for it,” says Sarah Meyer, Chief Customer Officer at MTA New York City Transit. 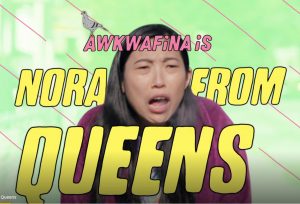 Premiering on January 22, Awkwafina is Nora From Queens is a half-hour scripted comedy created by Awkwafina (The Farewell, Crazy Rich Asians) who stars as Nora Lin in a series inspired by her real-life growing up in Queens, NY. Raised by her Dad (BD Wong) and Grandma (Lori Tan Chinn) alongside her cousin (Bowen Yang), Nora leans on her family as she navigates life and young adulthood in a New York City outer borough.

Lucking Out with OOH – Lotteries