Activists Use OOH Responding to School Shooting and Fire

The Power of Outdoor Advertising to Bring Justice 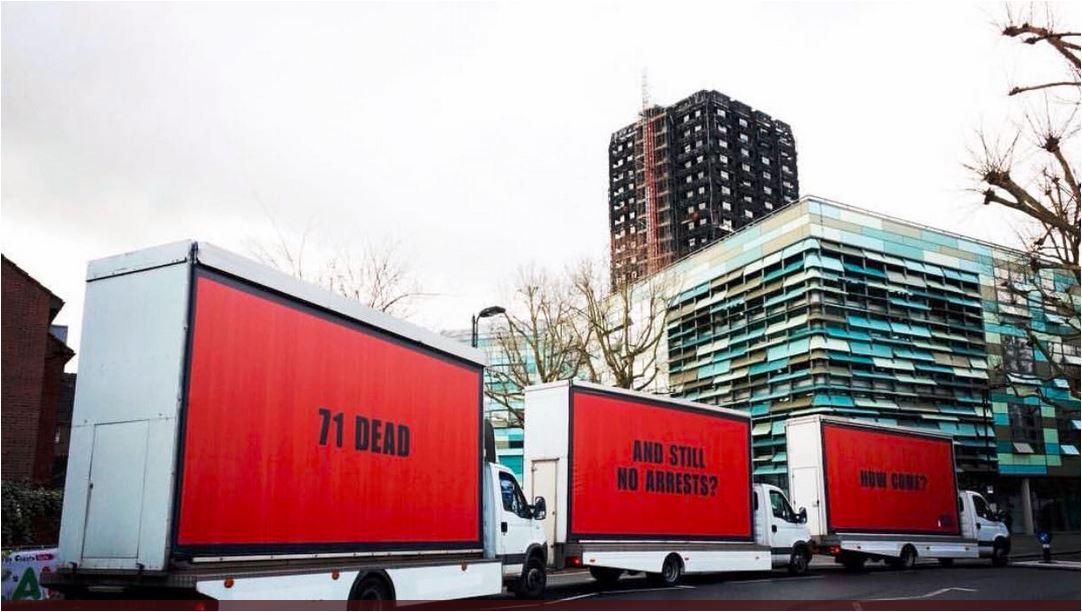 In London, the Grenfell Tower fire tragedy that killed an estimated 71 people in their homes 8 months ago.

Justice4Grenfell spokesperson, Yvette Williams said, according to Metro: “The film that we are using as inspiration, Three Billboards Outside Ebbing, Missouri, highlights the power of advertising to bring about justice.

Unilever’s Commitment for Only One Measurement System