A true guerrilla campaign, which is called #BushfireBrandalism, is popping up in suburbs across Sydney, Melbourne, and Brisbane.  A group who call themselves Bushfire Brandalism, pirated, I would say flat out stole, the space, of 78 shelter faces to protest the lack of action by the Australian government on climate change.  Everyone worldwide knows about  the horrendous fires in Australia. This collective group of Australian artists assembled their original art in posters, donned JCDecaux ‘like uniforms’ and went to work hanging paper throughout 3 cities, Sydney, Brisbane and Melbourne. 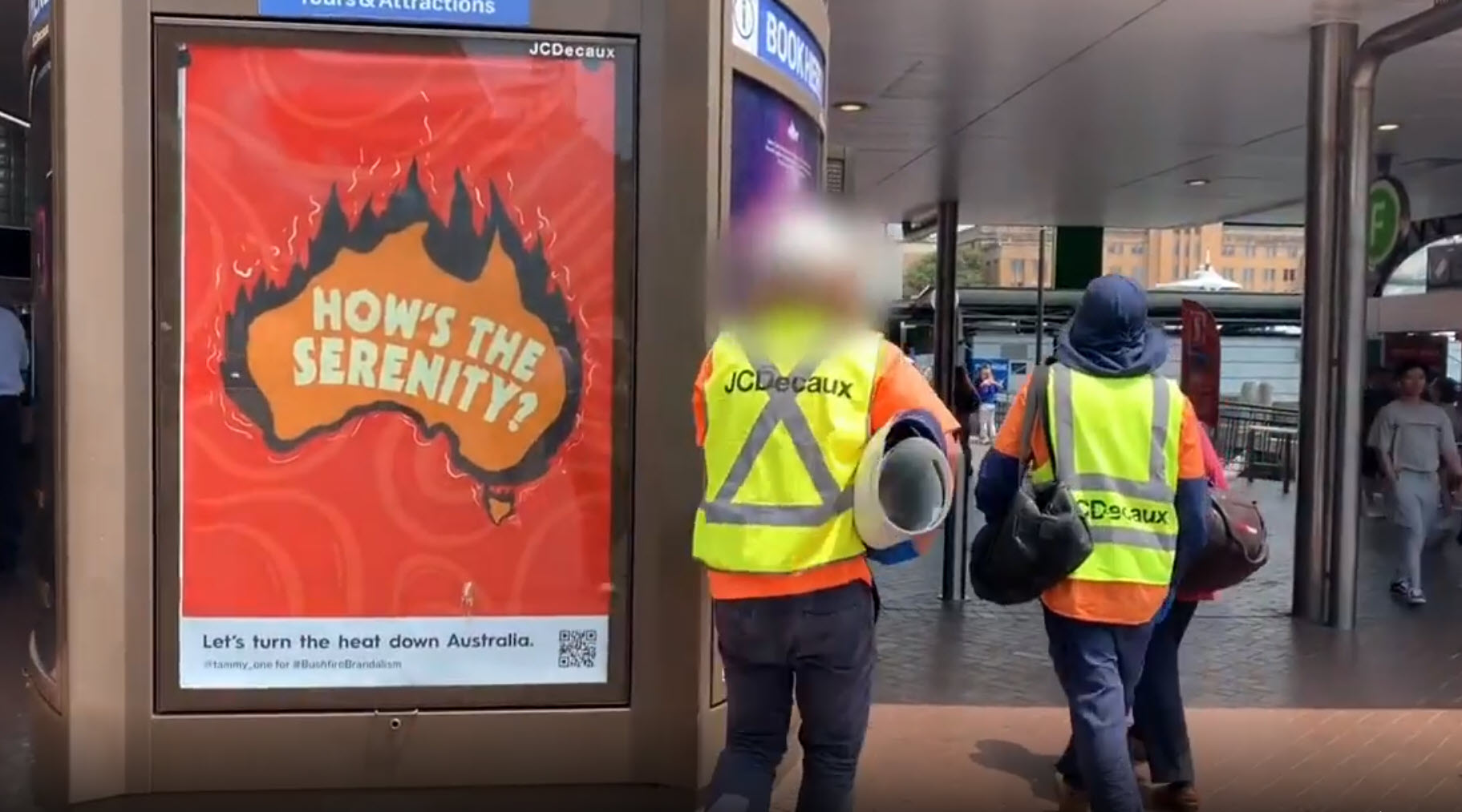 78 outdoor ads on bus stops around the country were replaced by artwork of 41 creatives as part of the protest art project. According to The Australian, a JCDecaux spokeswoman stated,  “they were not ignorant to the vandalism and have been weighing up whether to involve police. JCDecaux hasn’t contacted authorities at this point – but will be left with no choice if it persists.”

You should really take the time to watch the video they produced of the hijacking. A few questionable install techniques easily gives away the fact these are not the Decaux employees. You’ll see in the video. Great art for the most part.  The posters have been removed relatively quickly.

I am still amazed more of this does not happen to us in the States. Have you had issues with someone taking over your OOH inventory? Let us know.

Here is the video below

When Was the Last Time Your Market Experienced a 26% SPIKE In OOH Rates?

For Salespeople in OOH —It’s Cohoot