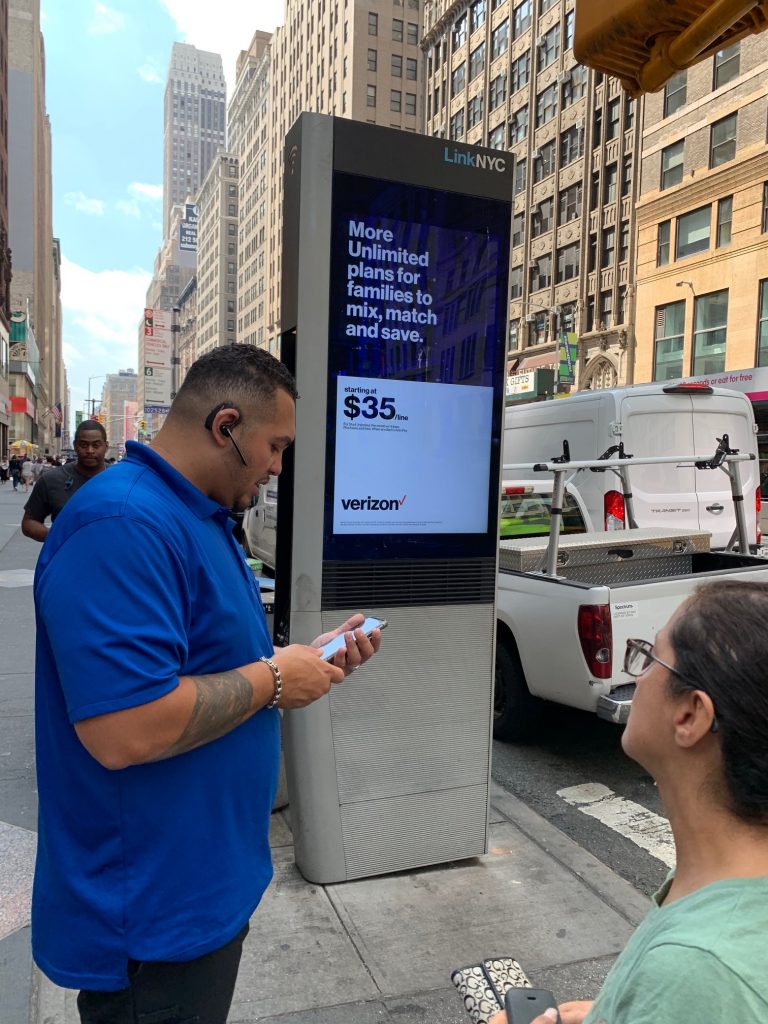 Happy Holidays once again from the Geopath team! We hope everyone has a safe end to 2020, and we want to wish the best to everyone across the OOH industry in 2021. Let’s look forward to a great start to the new year!

Given that it is New Year’s Eve, for today’s analysis, let’s head out to the New York City DMA, and look at who was spending in Q3. With over 83,000 OOH assets audited within this market by Geopath, it will be interesting to see what advertisers are taking advantage of the 6.8 billion impressions generated from this inventory every week!

With that said, let’s take a look at who was spending during Q2 in the country’s largest DMA!  See below for the top ten spenders in the DMA for the months of April through June. 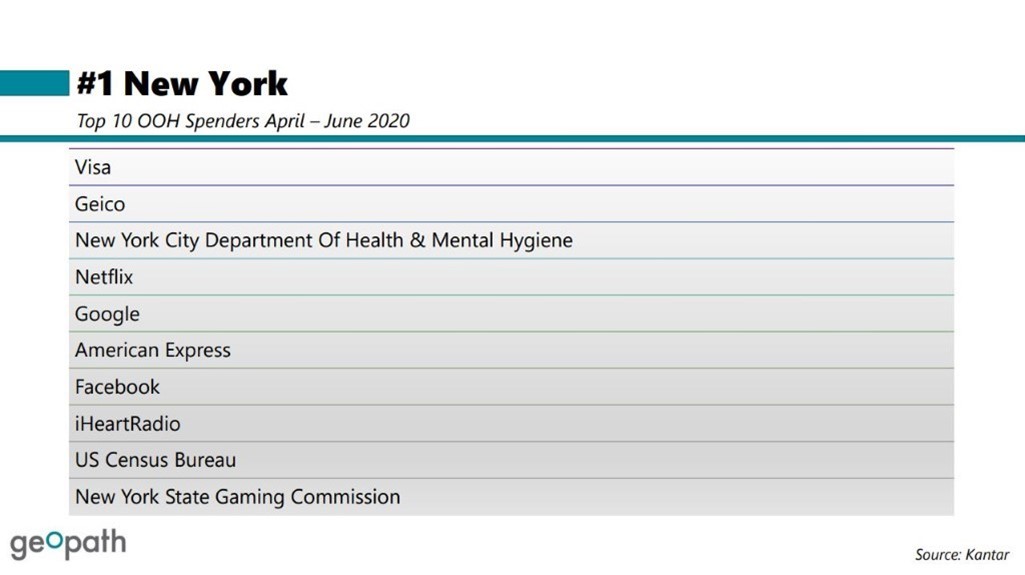 In Q2, brands spending within New York were predominantly from the financial, government, and media sectors. These included, but were not limited to, organizations such as the Visa, NYC Department of Health & and Mental Hygiene, and Netflix.

However, third quarter spending reports from Kantar indicate shifts in not only the advertisers, but also the sectors represented during this period. While there were a few additions, many of the top advertisers in Q2 remained among the top spenders for Q3.  This consistency in OOH spending shows that these advertisers remain committed to OOH and its ability to reach their target audiences throughout the market. See below for the top OOH spenders from July to the end of September. 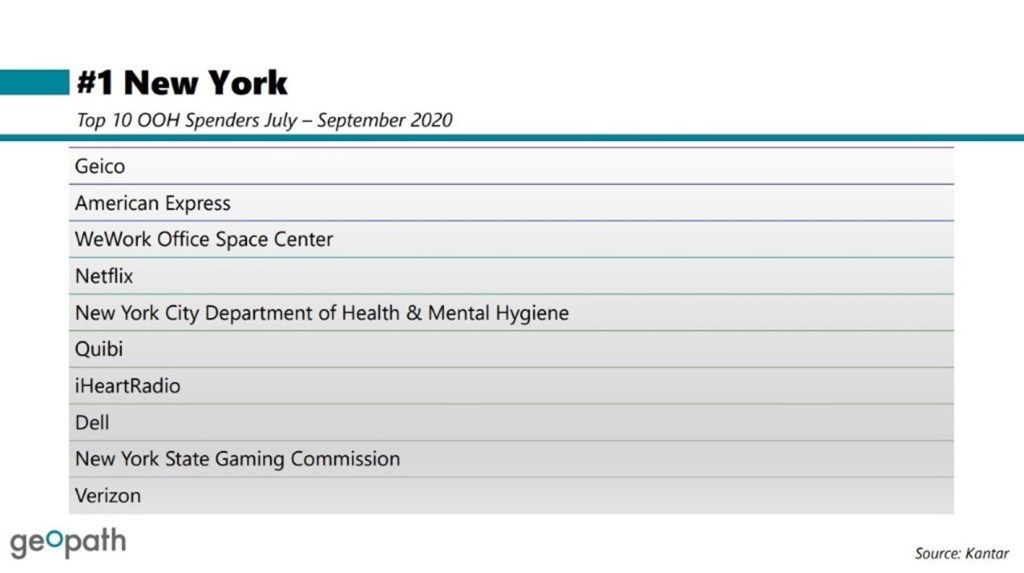 Outside of those four advertisers, the other six in the top ten did not change, however their ordering did. Visa, which formerly held the top position, fell off the list and was replaced by Geico, which previously held the second position. Netflix continued to hold the fourth spot through both quarters, while the NYC department of Health & Mental Hygiene fell from the third spot to the fifth. Additionally, The US Census Bureau fell off the list from the eighth spot, allowing the NY State Gaming Commission to move up one spot, and Verizon to move onto the list at the tenth position.