If your a fan of Netflix’s Original Movie Series Stranger Things, you know its just been released and you have probably viewed all nine shows.  If  you are contemplating viewing the shows, its well worth it.  Much more than meets the eye with four kids adventures on bikes.  Looking for highly entertaining, mystery/evil suspense, and pure enjoyment –Stranger Things is your ticket.

The Billboards for Stranger Things, Season 2, received as much outstanding creativity, planning and execution as they did for their 18 Emmy awarded show.

As standard operating procedure for the theatrical business, most of the OOH budget went to Los Angeles and New York City.  See examples below. 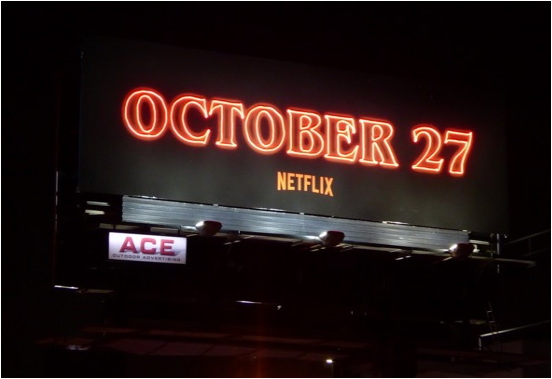 You’re in Out of Home.  You know the costs of teasers, embellishments, multiple copy executions, neon, multiple bulletin sizes and different media executions. (and if you don’t know the costs and want to know, contact me).  Netflix demonstrated larger than life sized creativity and commitment to the show and its second season. 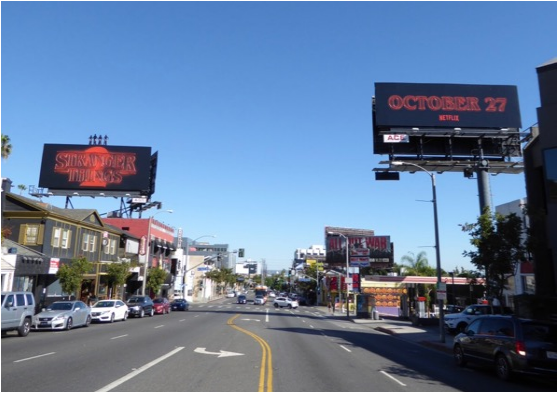 Cutouts with lamps on all four bikes. 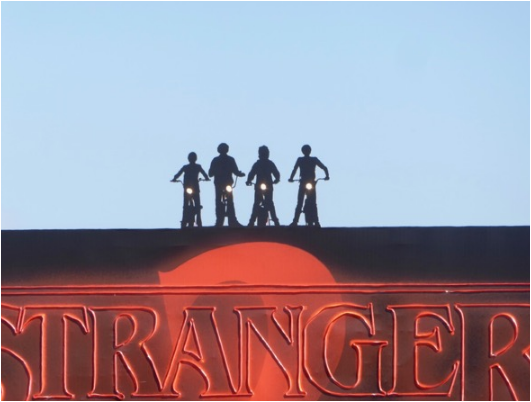 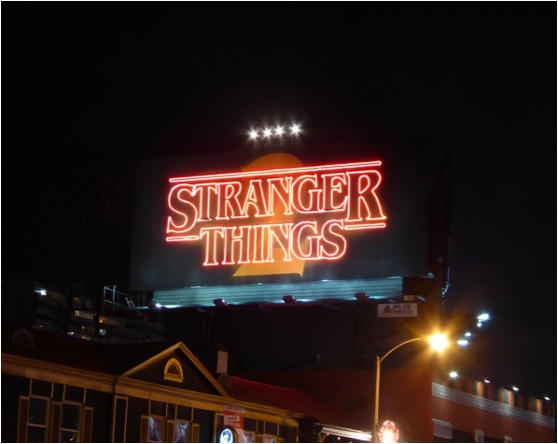 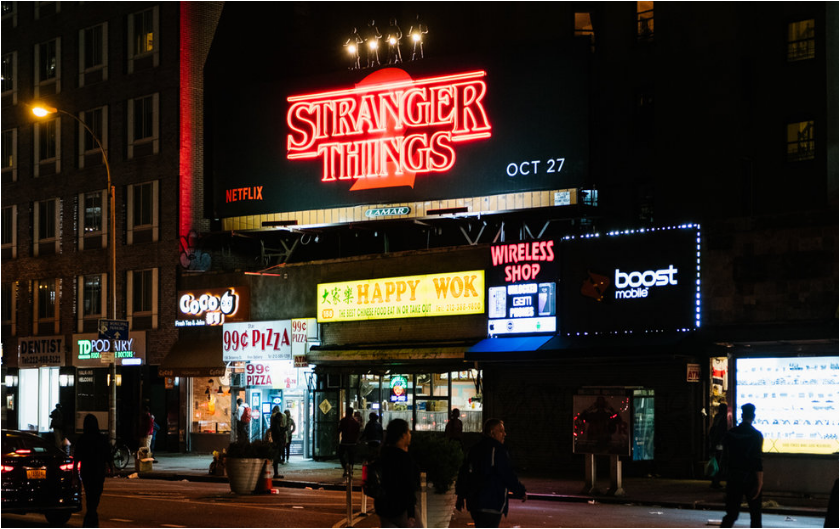 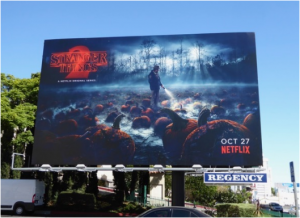 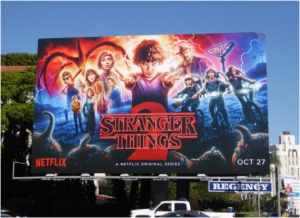 Regency Outdoor in LA appeared to score more than its proportional market share.

Brown on Bikes- the Rolling Billboard