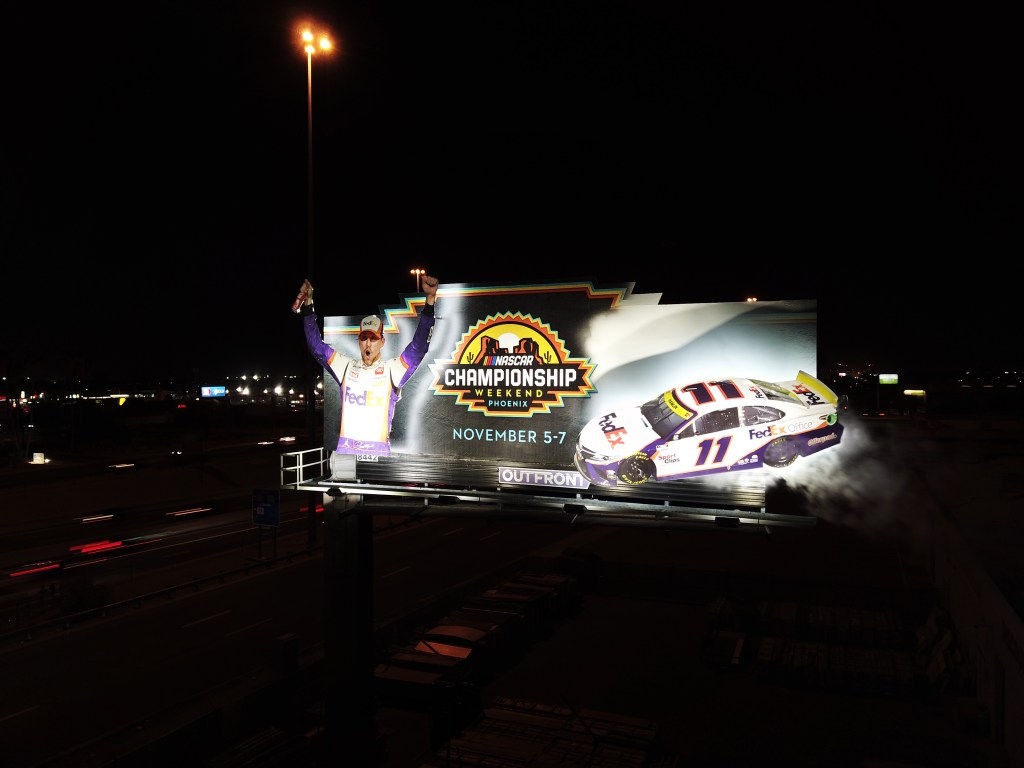 Misleading title? Don’t think so. I can not even imagine cigarettes returning to OOH. What has returned for 2021, are the hot smoking designs promoting the NASCAR Championship Weekend in Phoenix.