26 Geopath Members in this Market

Happy Holidays from the Geopath team, and we hope everyone is having a safe end of 2020!

With that said, for today’s analysis, let’s head out to Minnesota, and look at fifteenth largest DMA in the country; Minneapolis-St. Paul. As opposed to last week’s article highlighting Miami, this market may be a bit colder this time of year!

However, snow is not the only thing “blanketing” this market, as OOH has great coverage across the DMA. According to  Geopath Insights, there are over 9,000 roadside and place-based units measured by  Geopath in Minnesota’s largest market, accounting for 625 million weekly impressions. Additionally, there are currently 26 Geopath members with audited inventory in this market, allowing advertisers a variety of locations and format types to reach their target audiences across the urban center and surrounding areas. With so many OOH assets throughout the market, let’s take a look at who was spending during Q2!  See below for the top ten spenders in the DMA for the months of April through June. 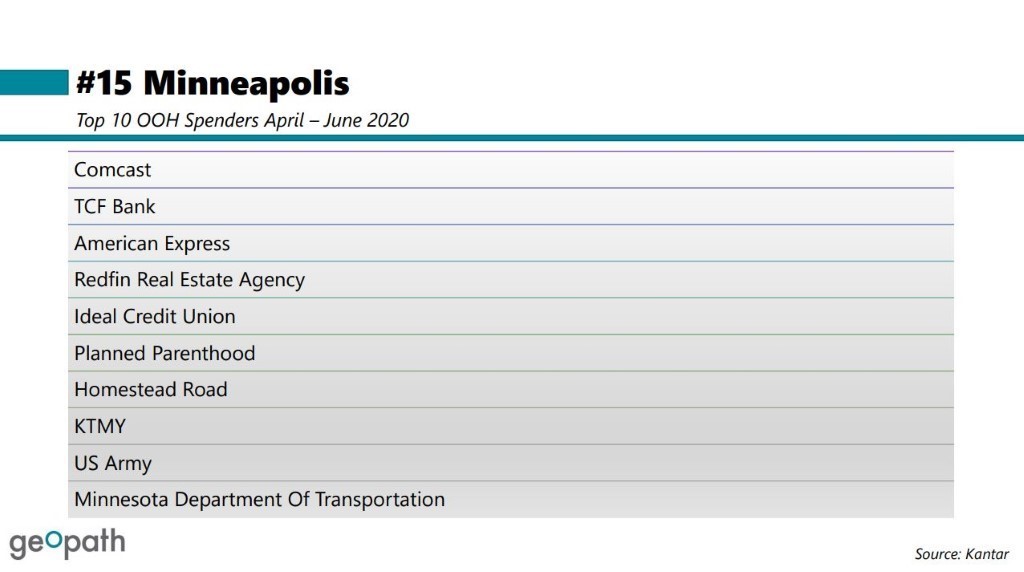 In Q2, brands spending within the market consisted primarily of advertisers from the government, communications, financial, and realty sectors. These included, but were not limited to, organizations such as the US Army, Comcast, TCF Bank, and Redfin Real Estate Agency.

However, third quarter spending reports from Kantar indicate shifts in not only the organizations, but also the sectors represented during this period. See below for the top OOH  spenders from July to the end of September. 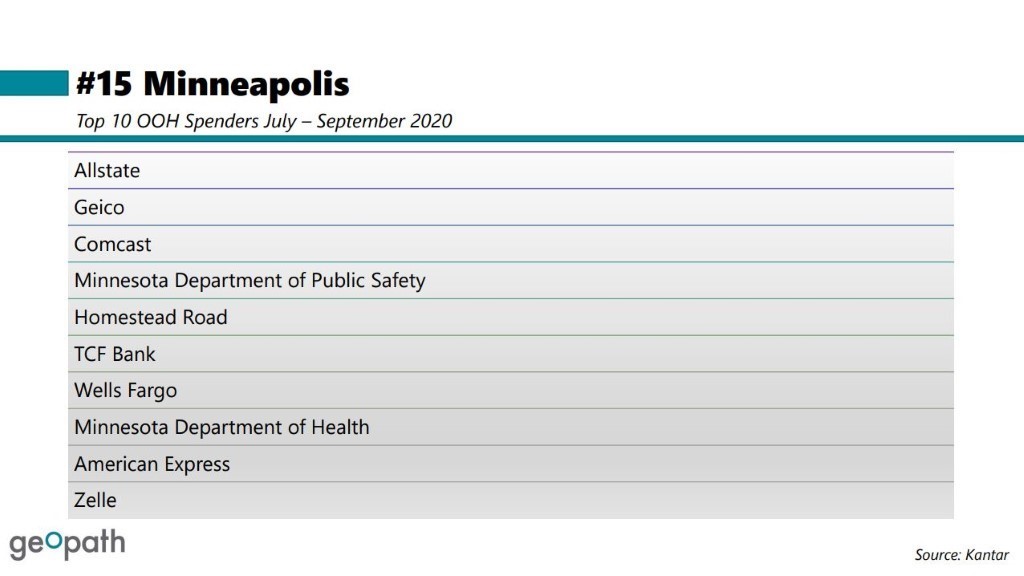 To start off, Allstate, which was not included in the prior quarter’s list, now holds the top spot. This is a trend we’ve seen in other markets such as in last week’s Fast Fact., which may indicate Allstate is increasing its OOH focus. Geico, also from the insurance sector, was another newcomer to the list, and now holds the second position. Comcast, the top spending company from Q2, dropped slightly, but still spent enough to hold the third spot.