Comcast, Blue Cross & Blue Shield, and Capital One, Under Armour and ABC TV 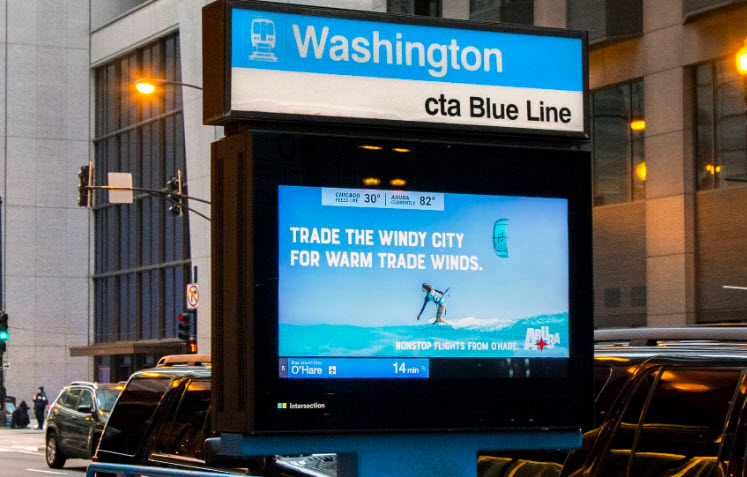 For today’s GeekOUT Fast Fact, let’s continue our series examining the top OOH spenders in DMAs across the country. With the recent release of Kantar advertising spend data for Q4, the Geopath team has compiled two reports so we can compare Q4 OOH spending to the full year of 2020.

This week, we will travel to the “Windy City,” and check out the third largest DMA in the country, Chicago. Back in June, we compared spending in this market between the first and second quarters, so let’s see how things shook out for the full year. With that said, see below for the top ten spenders in the DMA for the months of October through December. 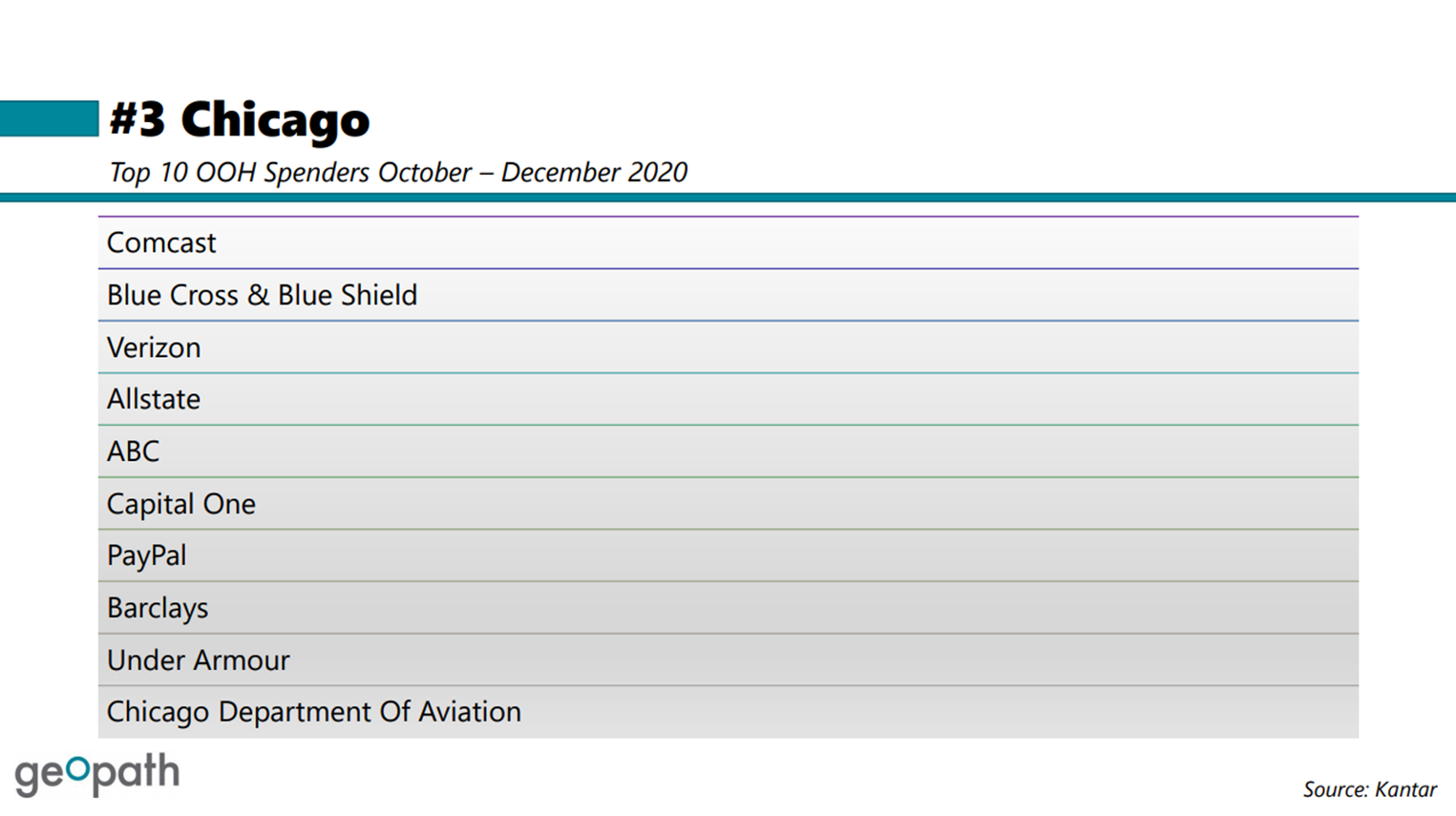 In Q4, the top spenders in OOH within the Second City were split between the Communications, Insurance, and Financial sectors, represented by companies such as the Comcast, Blue Cross & Blue Shield, and Capital One. Additionally, Under Armour and ABC TV also spent during this quarter, acting as the sole representations for the Apparel and Media industries, respectively. Now, let’s see who the top spenders were in the DMA for all of 2020. 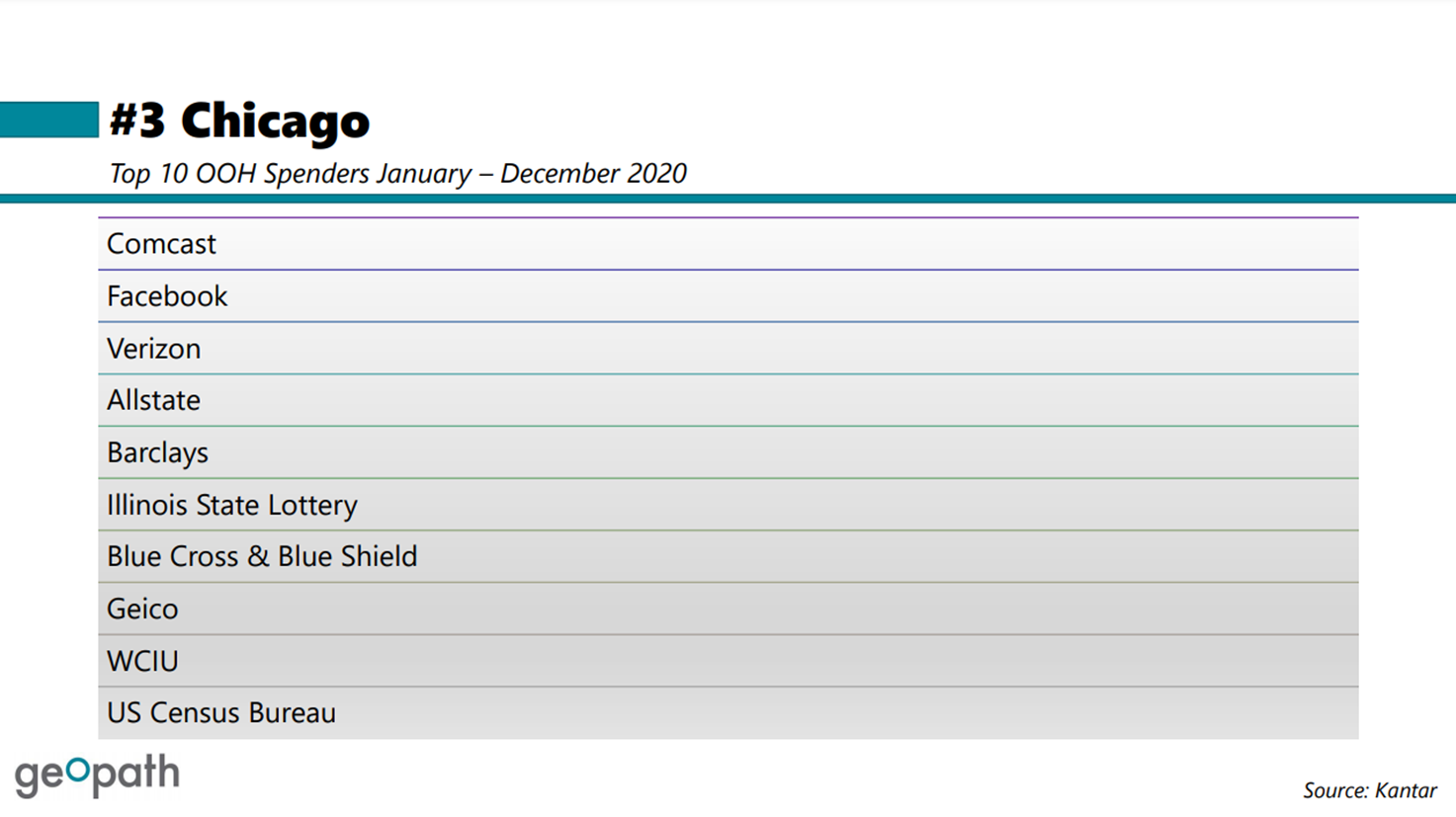 To start, it’s interesting to note that Comcast spent the most In OOH for both Q4 and throughout the full year. By looking at previous quarterly reports accessible within the GeekOUT Library, it appears Comcast held the top position through all other quarters except for Q1, in which it was the second top OOH spender within the market, behind Facebook. This consistency in OOH appears to be a great choice, as according to Geopath Insights, the 37,000+ pieces of inventory we measure in the Chicago DMA generates over 2.8 billion target weekly impressions for “those that have used Comcast/XFINITY in the last 30 days!

Looking at the rest of the list, it appears the insurance sector had the most representation for the full year, with Allstate, Blue Cross & Blue Shield, and Geico in the fourth, seventh, and eighth spots. As in other markets, the insurance sector is a top spending industry, with organizations such as Geico spending heavily in 2020, which also appeared in the top ten for 71 other markets in 2020!