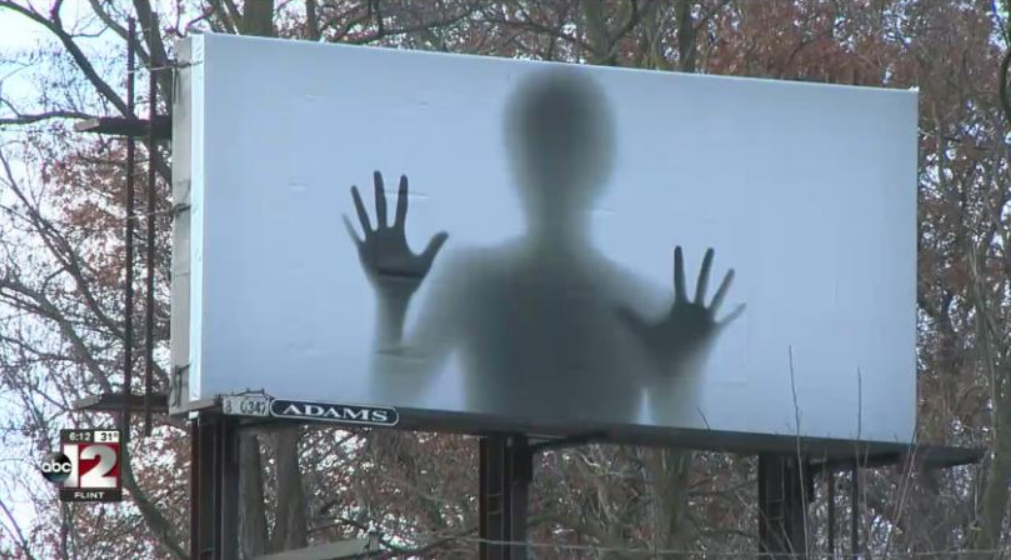 The backlit billboard Adams Outdoor Advertising  is displaying is promoting, themselves. No words, no logo, no numbers. Nothing but a ‘creepy guy’.

Adams’ GM for the Livingston County location, Jodi Lanning, said, “We are bombarded with so many messages throughout the day that we really wanted to do something that was eye-catching to really just make a statement out in the marketplace that you don’t need a hundred billboards to get people talking or to go viral,” she said. “It’s all about the creative.”

Adams is not afraid to create on the edge in their self promotion available billboard locations.
Below is part of a series from a few years back. 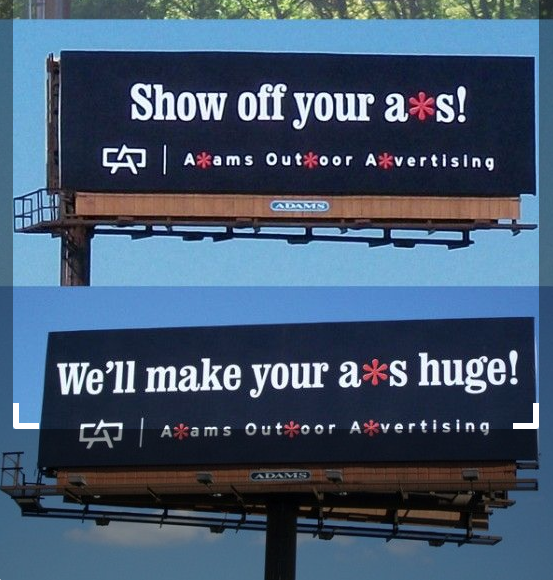